Want to drive for Uber or its rideshare rivals? Here are 6 things you need to know 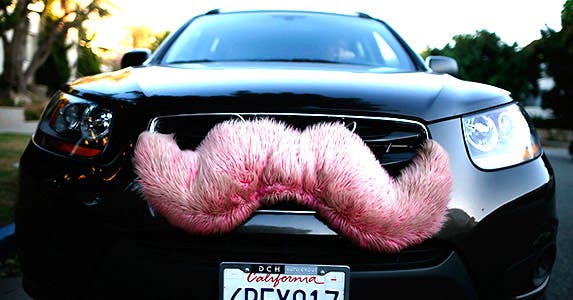 Think you want to be a rideshare driver?

Tempted by the idea of using your car and your free time to bring in some extra money? Before you jump onto the ridesharing wagon, make sure you know what you’re getting into.

App-based ridesharing companies promise you can “earn good money” (Uber), meet “awesome, friendly people” (Lyft) and be “in control” as your own boss (Sidecar), but drivers provide a more nuanced and realistic picture.

“Being a rideshare driver can be a good source of income, but you have to view it as running your own business,” says Josh, an Uber and Lyft driver in Indianapolis. “You have to track your miles for tax deductions and understand your insurance coverage.”

Ryder Pearce, co-founder of SherpaShare, a Menlo Park, California, company that provides income analytics for rideshare drivers, says 70 percent of drivers work full time at other jobs and rideshare drive for supplemental income. Only 20 percent drive more than 40 hours per week, according to SherpaShare data.

While some drivers have complaints about their experiences, SherpaShare’s year-end 2014 survey of drivers found that 80 percent planned to continue their rideshare work in 2015.

Thinking of joining them? Here are six things you need to know. 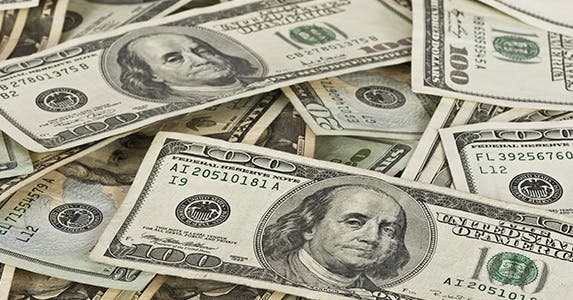 The money may not live up to the hype

Uber says its drivers make an average of $19 per hour, and the websites for Lyft and Sidecar boast that you can earn up to $35 an hour. “Unfortunately,” says Pearce, “a lot of drivers don’t track their miles and their expenses such as fuel, insurance, taxes and depreciation, which cut into their income.”

The fastest-growing group of drivers comprises those who choose to get behind the wheel part time.

“You can make more money driving 10 to 15 hours per week than driving full time,” says Simon, a rideshare driver in Boston. “You make the most money during peak evening and weekend hours, and there just aren’t very many requests for drivers during the day.”

Josh switched from full-time driving to part time, particularly after Uber cut fares twice. He says the cuts reduced his pay by 45 percent. 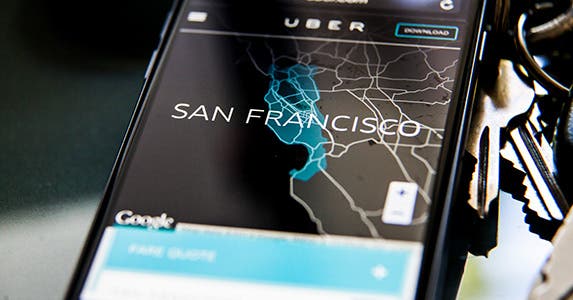 You may want to drive for multiple firms

“Two-thirds of drivers work for more than one rideshare company so they can earn more money,” says Pearce. He says drivers can simultaneously monitor the different services’ mobile apps that connect riders and drivers.

Both Josh and Simon drive for two or three rideshare companies at a time to maximize their profits.

Good to have a fallback

“It’s best to sign up for at least two companies so that when one is slow, the other one might be busier,” says Simon. “Uber’s usually busier in Boston.”

But not all drivers qualify to work for every company, Simon warns. For example, Uber requires its drivers to use newer-model cars than Lyft. 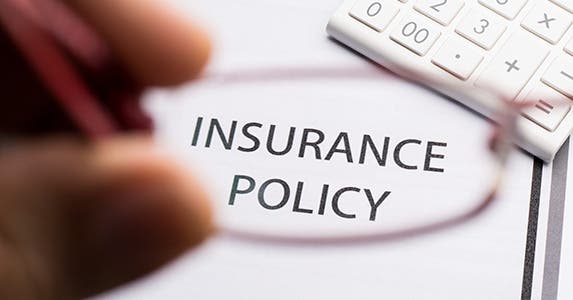 Insurance coverage has been something of a gray area for rideshare drivers. Some insurers have said ferrying paying passengers around is a commercial activity not covered by personal auto insurance. Simon says some drivers have told him their insurance companies dropped them because of their rideshare driving.

Informal surveys have found many drivers just don’t tell their insurance company about their ridesharing work, but that puts a driver at risk of having any insurance claims denied.

Now, however, several insurance companies are offering special policies or add-ons for rideshare drivers. MetLife, for example, has a policy that’s so far available only to Lyft drivers in Colorado.

“Typically, drivers first have to go to their personal insurance coverage for a claim, even when they have a passenger in a car or are driving to pick up a passenger, or if they’re waiting for a call for a driving job,” says James Dufault, property and casualty project strategist for MetLife Auto and Home. “The MetLife endorsement for Lyft drivers provides coverage in all three periods up to the driver’s policy limit and then (Lyft’s own liability) coverage kicks in for higher amounts.” 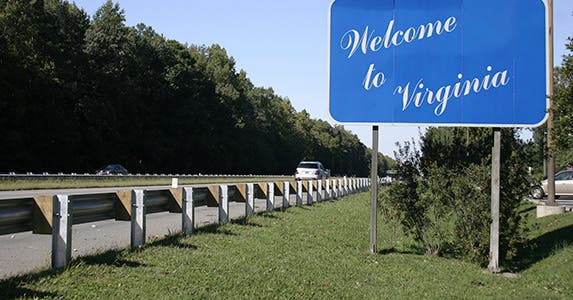 Service may not be legal in your town

Before you start driving for a rideshare company, you’d better know whether the service is even allowed where you live.

Cities and states have struggled with how to regulate companies such as Uber, Lyft and Sidecar to make sure consumers are protected. Some places have banned the services outright.

Virginia had one such ban, but the state recently agreed to allow the companies to operate if they do background checks on drivers and provide them with $1 million in liability insurance.

“Drivers are vulnerable to losing income if they start driving for a company that might be shut down, but most cities are trying to work out ways to allow ridesharing companies to operate,” says Pearce.

At the same time, nearly every community has regulations that impact your ability to make money by driving, says Josh.

“Some cities require you to have a newer-model car in order to be a rideshare driver,” says Simon, adding that in other places the drivers aren’t allowed to pick up passengers at the airport. “But in Boston, dropping someone at the airport can be lucrative even if you have to drive back with an empty car.” 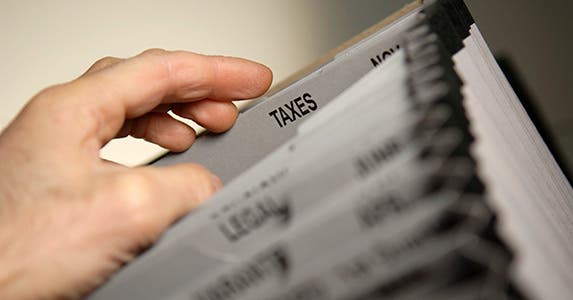 “New drivers often don’t realize they need to file and pay taxes on their rideshare income,” says Pearce. “In order to estimate their taxes and take the appropriate deduction, they need to track their miles.”

While specific, deductible expenses can be tracked along with miles, most drivers opt to take the 56-cents-per-mile standard write-off for business use of a car, Pearce says.

The drivers are independent contractors who receive an IRS Form 1099 reporting their compensation from each rideshare company. They must pay self-employment taxes of 15.3 percent on their first $117,000 of income in 2014, says Barbara Taibi, a partner at accounting firm EisnerAmper in Iselin, New Jersey.

You may need to pay estimated taxes

“It’s your responsibility to pay both the employer and the employee portion of your Social Security and Medicare taxes, as well as federal and state income taxes on this extra income,” she explains, adding: “If you’re generating income throughout the year, remember that estimated taxes are due.”

That means you need to make payments throughout the year totaling at least 100 percent of what you paid in the previous year or at least 90 percent of your likely tax bill for the current year, says Taibi. 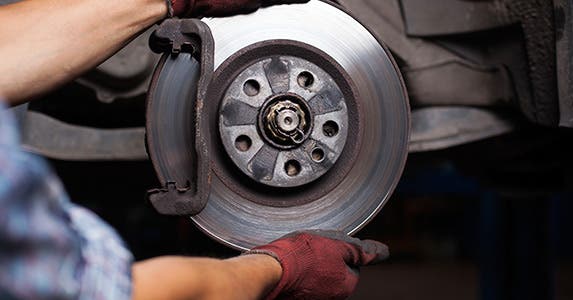 Expect wear and tear on your car

When you drive for a ridesharing service, you’re not the only one working. Your car is putting in the hours, too.

“A lot of drivers who are less mechanically savvy don’t think about the added wear and tear on their cars, especially if they spend time idling their car while they wait for passengers,” notes Josh.

Most likely, the extra miles driven by rideshare drivers are city miles, says Dan Edmunds, director of vehicle testing for the automotive website Edmunds.com in Santa Monica, California. That means the brakes get exercised more because of stop-and-go traffic.

You may go through brakes quickly

“The more miles you drive and the more fuel you burn, the more your whole car is affected, but unless you have a Prius, you’re likely to need to replace your brake pads sooner,” Edmunds says. “A Prius uses a magnetic belt to brake so you have less pronounced friction.”

He adds that the faster drivers accumulate miles, the sooner they will need to change their oil and replace their tires.

“Being a rideshare driver can also change your resale value because you have more people getting in and out of your back seat and more likelihood that something will get spilled,” says Edmunds.