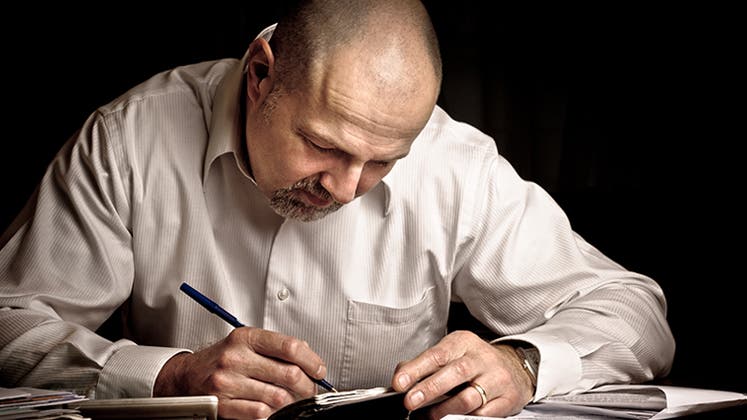 It’s a Catch-22: The best way to build wealth is out of reach for most Americans because they don’t have enough money to invest.

Six out of 10 people do not own any mutual funds or exchange-traded funds, a recent survey commissioned by Bankrate has found. The reason? Nearly 70 percent of non-investors say they simply do not have the cash to put into the market.

Americans increasingly must shoulder the burden of planning for retirement. So an aversion to investing — or worse, an inability to save — could spell trouble down the road.

“In the long run, there is a strong connection between stockholding and wealth accumulation. In the short run, you have to be able to ride out the ups and downs,” says Vicki Bogan, associate professor at the Charles H. Dyson School of Applied Economics and Management at Cornell University.

Wealth, income and education all influence the decision to invest, but gender and even age play a role.

If you’re a woman and own mutual funds or ETFs, according to Bankrate’s survey, you were most likely guided by a financial adviser. Men, on the other hand, are more likely to find a diversified all-in-one fund, such as a target-date fund or a balanced fund.

“Women are more willing to take advice than men, while men feel that they can do it themselves,” says Matt Rinkey, founder of Illumination Wealth Management in San Diego. “Maybe that is human wiring.”

Among the youngest generation surveyed, people between the ages of 18 and 29, 21 percent were more likely to say that they don’t invest in mutual funds or ETFs because they prefer savings accounts and certificates of deposit. Only 10 percent of those aged 50 to 64 reported a preference for safe savings.

“On the positive side, you probably have a generation of folks being budget-conscious and have adequate emergency savings,” says CFP professional Jonathan Duong, CFA, founder and president of Wealth Engineers in Denver.

“The flip side is that we used to have folks who had a pension, savings and Social Security. Pensions are gone and Social Security is up in the air, so millennials need to be investing in equities more than any generation in the past. But they aren’t doing that in large part,” he says.

Indeed, only 14 percent of people between 18 and 29 said they own a mutual fund or ETF, a much smaller percentage than other age groups. “One working hypothesis could be that these people are being influenced by the Great Recession,” says Bogan.

Macroeconomic shocks during formative years can influence the risk-taking characteristics of individuals, according to a study from 2009 titled “Depression babies: Do macroeconomic experiences affect risk-taking?”

“Education is one of the single most important factors in determining whether you are going to participate in equity markets — right there with wealth and income. I call them the usual suspects that influence your stockholding,” Bogan says. 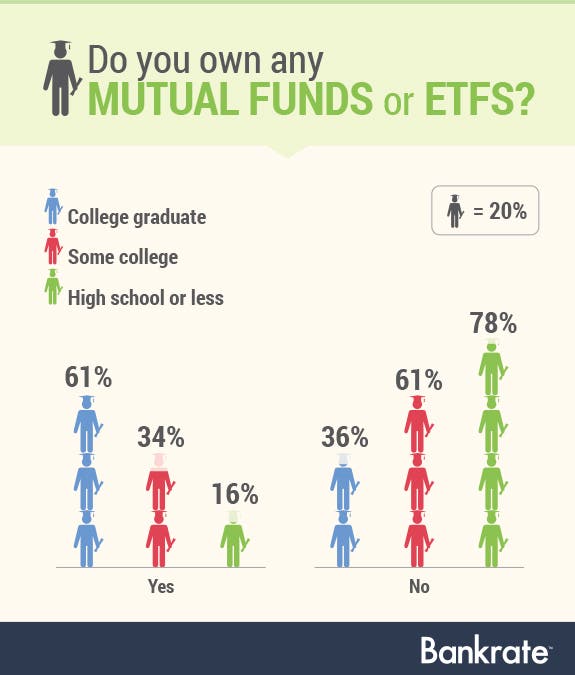 Note: Answers do not add up to 100 percent because some people didn’t know or refused to answer.

There may be one more explanation for at least some people who believe they own no mutual funds or ETFs: financial illiteracy.

“It’s not uncommon for people to not know what they have or what they are invested in or the account type through their employer,” Rinkey says.

Some people may not know what types of accounts they own, but they do know how much money they have. It turns out that most people, 68 percent, feel they simply don’t have enough of it to invest.

That impoverished feeling may stretch beyond dollars and cents. All the costs associated with investing influence the decision to buy a mutual fund, including time and energy.

“People have a difficult time collecting the relevant information. Pre-Internet, this was the issue: You had to write to the company and get the annual report and have it come back. Now it’s different. You can get almost too much information on a lot of securities. But you still have to process and synthesize all the information that is thrown at you,” Bogan says. “It can be overwhelming for people.”

Though mutual funds cut down on a lot of the legwork of investing in stocks, “there are still thousands of mutual funds out there. Getting the information may be overwhelming to households,” Bogan says.

Plus, the fee structure of mutual funds can be confusing and labyrinthine.

“Mutual funds have their own transaction costs, front load and back load. And investors, because the structure of fees is so complicated, they tend to shy away from those as well,” says Bogan.

People may be thinking, “I have this much money to invest. Am I going to be able to buy one share of stock?” says Bogan.

Education and enlisting the help of a financial professional can counteract risk aversion and indecision. Investing may not be for the faint of heart. But if retirement is to be in the cards, it may be necessary to find some courage — and extra money.

Bankrate conducted telephone interviews with a nationally representative sample of 1,003 adults in the continental United States. The survey was conducted by Princeton Survey Research Associates International Sept.4-7, 2014. The margin of error is plus or minus 3.6 percentage points.