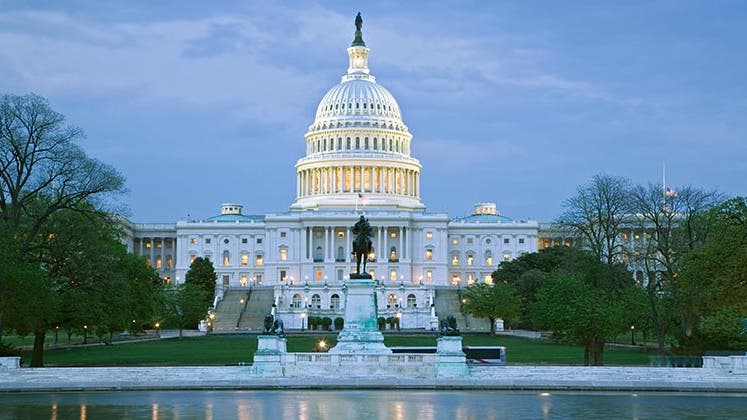 Hang on, investors. Stocks may be headed for some bumps after the presidential race is decided, and that could happen regardless of who wins the loud, crazy and unpredictable campaign.

The market may be in for an election correction that’s fairly common when an incumbent president isn’t on the ballot.

Sam Stovall, managing director of U.S. equity strategy at S&P Global Market Intelligence, who did the research, provides a ready explanation in a research note.

Mike Purdy, a historian who blogs at PresidentialHistory.com, studied what happens in the eighth year of a president’s term, going back to 1900. He found the S&P 500 index dropped an average of 1.2 percent during those years.

“(That) partially explains why there are so few three-consecutive presidential terms for one party,” he says, though he points out the sample size is small.

In a footnote to two of those years with declines, Chuck Fulkerson, director of education at Online Trading Academy, a stock investing and trading educational program, says they were influenced by other market conditions. In the case of 2000, the dot-com bubble burst; in 2008, the Great Recession began.

Ryan Sweet, a senior economist at Moody’s Analytics, says the presidential contest could cast a long shadow over Wall Street.

“This election has been unusual and contentious, suggesting that uncertainty could be higher and persist longer than in past election years,” he says.

A fiscal strategy for first-term incumbents

It’s a much different story during years when an incumbent is running for re-election. In the fourth year of a president’s first term, Stovall found that the S&P 500 index shot up 10.2 percent, on average.

A pair of Pepperdine University researchers, Marshall Nickles and Nelson Granados, gauged the influence of sitting presidents running for re-election in a 2012 study.

“It is not surprising to see incumbent presidents push for votes by proposing tax reductions and or increasing spending on specific government programs as an election draws near,” the researchers wrote.

In addition, a sitting president’s party may even try to exert pressure on the Federal Reserve to bolster the economy through monetary policy, Nickles and Granados said. That can contribute to reduced risk for investors.

“If policymakers are successful in exerting positive influences on the economy as elections approach, it should be logical to expect less volatility in the stock market,” the study says.

Non-election factors have an impact

In this election year, factors unrelated to the campaign could jolt the economy and force a correction in the financial markets.

In addition to Great Britain’s vote to exit the European Union, three huge factors could influence investors and the stock market for the rest of the year, according to Avinash Singh, senior manager of investment research for Aranca, a global analytics company.

First, there’s the Chinese economy, which contributes 16 percent to global gross domestic product. Economic growth in China has slowed to the weakest pace in more than a quarter century.

And don’t forget about oil prices, which have been zigzagging. “Some might argue that $30 a barrel is pretty much the floor. The volatility on the way up could still keep U.S. markets on the edge,” Singh says.

Is the market ready to peter out?

Closer to home, the dollar has seen major gains since early last year, and the Fed is considering an interest rate hike before the end of the year. Either could stymie U.S. economic growth and the market.

To be sure, the market itself may prompt its own election correction if investors think it is overheated.

Presidential historian Purdy says making a prediction about how the election ultimately impacts stocks is so tough, given the unpopularity of both candidates.

Donald Trump lacks policy and governing experience, and at times, oversteps the bounds of civil decorum. Hillary Clinton has taken positions at times unfavorable to Wall Street. She also grapples with the perception that she isn’t honest and issues pertaining to her email while she was secretary of state have dogged her.