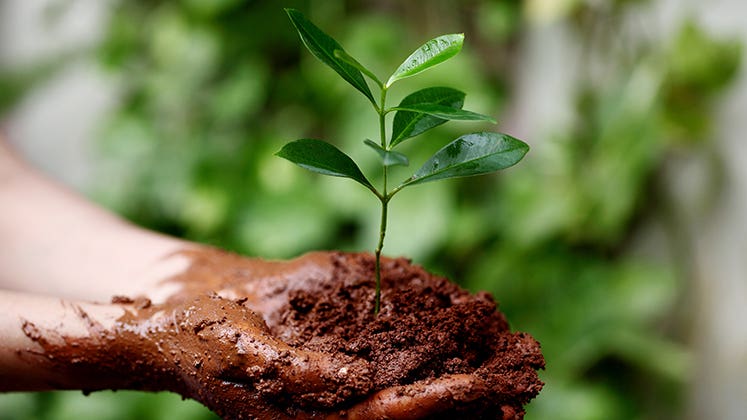 Do you feel strongly about environmental issues? Investing in a mutual fund that follows a socially responsible investing approach is one way to align your investment dollars with your principles.

You might have to open a brokerage account or individual retirement account to invest in such funds. A minority of 401(k) plans — only 14 percent — offered at least one socially responsible investing fund option to participants as of 2011, according to Mercer, a global human resources consultant. Interest is growing: 13 percent of plan sponsors were contemplating adding such options.

The focus of socially responsible investors

Previously, the focus of socially responsible investing involved screening out certain firms, such as tobacco or alcohol companies, from investment consideration because these so-called “sin stocks” sell products generally considered harmful to consumers.

Today, portfolio managers evaluate companies for best practices. For instance, they might gauge socially responsible companies on the basis of environmental, social and corporate governance, or ESG, factors.

This has led to a move toward more corporate engagement, says Jon Hale, director of North American manager research for Morningstar, the Chicago-based investment research company. 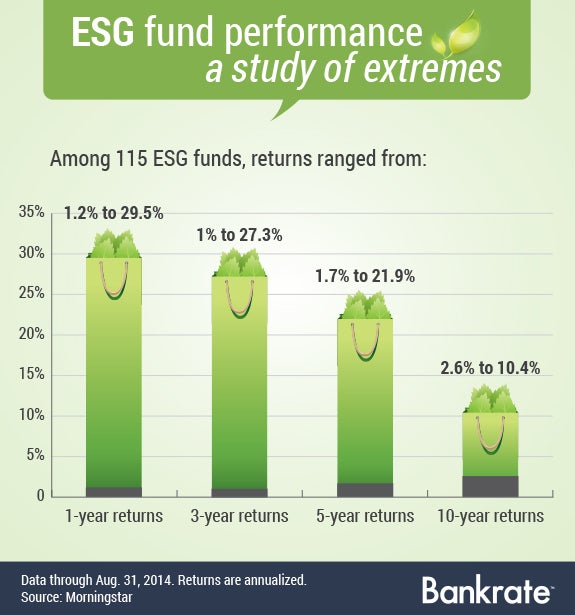 “Increasingly, companies are putting out corporate sustainability reports on an annual basis and answering questions that ESG investors can look at and compare companies on their practices,” says Hale. “A lot of corporate engagement surrounds that sort of thing — asking a company to improve its disclosure and just committing to ongoing levels of concern about ESG issues that are particularly relevant to their business.”

Currently, there are about 115 ESG funds with roughly $292 billion of assets, according to Morningstar.

Lately, investors have been most vocal about environmental stewardship, such as a company’s carbon footprint and contribution to climate change. On the social front, employee benefits and workforce diversity, as well as labor issues in companies’ supply chains, have attracted activist attention.

In the corporate governance arena, activists have raised issues about political campaign contributions by companies, board management and executive compensation. Other issues gaining prominence include customer privacy in the Internet age, as well as offshore incorporation by companies in a bid to avoid U.S. taxes.

“Our criteria cover a fairly wide range of issues — everything from environmental impact to impact on communities, how the workforce is treated, human rights, corporate governance,” says Julie Gorte, senior vice president for sustainable investing with Pax World Management, an ESG-based money management firm based in Portsmouth, New Hampshire. “And that’s true for many others in the sustainable investment space.”

How are shareholder proposals faring?

Besides voting with your investment dollars, ESG investors who meet certain share ownership criteria can initiate proposals, asking companies to make a commitment toward specific actions. The company’s shareholders can cast proxy votes on such proposals, but it is ultimately up to the company to decide whether to actually adopt the proposals.

Equilar, a Redwood City, California, firm that provides corporate governance data, reports that as of June 30, 2014, 429 shareholder proposals were submitted at S&P 1500 companies (encompassing companies in the S&P 500, S&P MidCap 400 and S&P SmallCap 600 indexes). That’s not much different from 2013, when a total of 426 proposals had been submitted in the same time frame.

Proposals related to social and environmental issues, such as political contributions, sustainability and human rights, have been more prevalent in 2014 compared with those on governance issues, says Aaron Boyd, director of governance research at Equilar.

“Shareholders have found success (in the corporate governance area) and there are not as many opportunities for them to go after companies on those issues,” says Boyd.

Indeed, of the S&P 1500 shareholder proposals voted on through June 30, 2014, 36 of 118 proposals received majority support in the governance area, and only one of 179 proposals in the social and environmental area was passed, according to Equilar. A similar trend was seen for 2012 and 2013 (based on data for the full years), with most of the proposals passed being in the corporate governance area.

According to Gorte, “It’s very rare for proxy proposals to be approved. In general, we think of them as successful if they get double digits,” she says, meaning 10 percent or more of the shareholder vote. “And they’re starting to get averages in the 20s and 30s, which is considerably better than it was 15 years ago, when if you got more than 3 percent the first year you filed, you considered it successful.”

No penalty for ESG investing

Does investing in ESG funds involve a compromise in performance? How do they perform? The answer isn’t entirely clear.

Over five years through August 2014, the S&P 500 gained 16.9 percent on an annualized basis, compared with 11.9 percent for funds in the socially responsible investing space, according to Morningstar.

Morningstar’s Hale notes that it’s not fair to pit all ESG funds against the S&P 500, since they’re not all large-cap funds. To gauge a particular ESG fund’s performance, you should consider how it performed compared with conventional funds in its category that don’t have an ESG focus.

“That’s generally going to show that ESG funds on average are right around the middle, which means there is not necessarily a performance advantage or disadvantage to these,” Hale says. Whether a particular fund outperforms or underperforms usually depends on the skill of the fund managers.

Some have handily outperformed. For instance, in the 10 years through August 2014, Parnassus Core Equity Investor fund walloped peers in the ESG-focused fund space, gaining an annual average of 10.4 percent, compared with 6.4 percent for ESG funds and 8.4 percent for the S&P 500, according to Morningstar. This fund has also taken on less risk compared with the average ESG-focused fund.

The managers of that fund look for companies with high-quality financials that also have a competitive advantage over other firms, and they tend to choose dividend-paying companies, says Hale. “It’s a high-quality portfolio, and one that tends to be somewhat lower risk than most large-cap portfolios. And they’ve just executed very well over the last 10 years.”