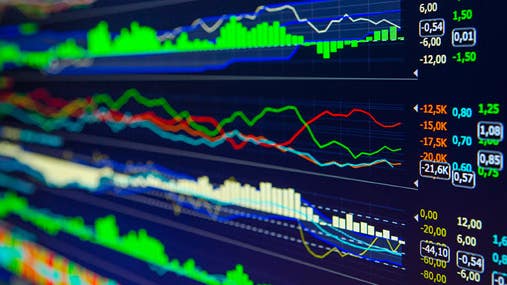 As long as there have been markets, people have been driven by greed to make irrational investment decisions. When enough people get in on the action, valuations — the prices of securities — go haywire, soaring to obscene heights and then crashing in a shower of crushed dreams.

Chasing performance, taking on excessive risk and selling at inopportune times are all as old as capital markets themselves. What is new is the modern regulatory environment and financial innovations such as high-frequency trading. Is today’s stock market the same beast it was 20 or 30 years ago?

Social and technological upheaval is a recurring theme in the history of mankind and, by extension, the stock market.

“The biggest structural changes in the U.S. stock market were probably the demise of the railways from around 1900 to1929 and then the rise of the financial sector from around 1982 to 2007,” says Russell Napier, consultant at CLSA Asia-Pacific Markets and author of “Anatomy of the Bear: Lessons From Wall Street’s Four Great Bottoms.”

Today’s market is different from the stock market of the 1920s, the 1950s and even the 1980s. High-frequency trading is one explanation why, but it’s easier to understand in the context of the evolving financial sector.

Growth of the financial sector

The percentage of the economy devoted to the financial sector has grown since the latter half of the 20th century — from 4.9 percent of U.S. gross domestic product in 1980 to 8.3 percent in 2006, according to a paper published in 2013 in the Journal of Economic Perspectives by Robin Greenwood and David Scharfstein.

“The sheer size of the financial sector, plus the increased concentration of it since the financial crisis, means that the economy is more prone to costly asset bubbles where risks get both spread to many actors and, paradoxically, concentrated at the same time in the large institutions. So, it is the worst of both worlds,” says Gerald Epstein, professor of economics at the University of Massachusetts at Amherst and co-director of the Political Economy Research Institute.

Despite the expanding footprint of finance in the global economy, increasing economic resources devoted to the financial sector may not offer equivalent returns to the economy, according to Adair Turner, the former chairman of the Financial Services Authority in the United Kingdom.

“There is no clear evidence that the growth in the scale and complexity of the financial system in the rich developed world over the last 20 to 30 years has driven increased growth or stability, and it is possible for financial activity to extract rents from the real economy rather than to deliver economy value,” he wrote in “The Future of Finance: And the Theory That Underpins It.”

Advocates or fans of high-frequency trading or automated trading say that it narrows the spreads on investments and provides liquidity to markets, which lowers transaction costs for all investors. Because you have all these computers basically tossing out and canceling trades faster than you can even think, literally, the correct price for a security is discovered quickly.

“With speed involved, there is the ability to deploy large amounts of capital in one direction or another. As information comes into the market, the computers react in a certain way and tend to all go in a direction like a herd to get to the right price that should be reflected by the new information. There’s oscillation around the theoretical right price,” says Wallace Turbeville, senior fellow at Demos.

That sounds good, except that the behavior can be destabilizing, according to a research paper from the Swiss Finance Institute by Didier Sornette and Susanne Von der Becke, both of ETH Zurich.

The whipsawing created by high-frequency trading in some instances could be the cause of some of the mini “flash crashes” seen since the May 6, 2010, flash crash, which can then spread to the larger investor population. Basically, flash crashes occur when the price of a stock (or many stocks) takes a brief and violent nose dive, after which it recovers.

Researchers are not in agreement about the benefits of high-frequency trading. Studies have shown that high-frequency traders do provide liquidity, though it may dry up in the event of a crisis. And high-frequency trading firms act as market makers — taking the other side of a trade made by an investor. According to Sornette and Von der Becke, the liquidity provided by algorithmic traders can itself be destabilizing — more and more liquidity, and trading volume, is not necessarily better for investors.

“The key change is the move to hyper-liquidity. For the retail investor in particular, I can see no advantage in that, and it is doubtful whether there is an advantage even for the professional investor,” says Napier.

“Many observers and analysts here in the U.S. and overseas have found that high-frequency trading actually raises costs and risks for small investors as a result of an increase in variability and uncertainty. And it might reduce returns that these investors get because of phenomena like ‘front running,'” says Epstein.

Front running is the vilified — and illegal — practice of getting information before other traders and getting your trade in before them. With high-frequency trading, it happens in a fraction of a millisecond. Not too quickly to be illegal, however: In 2012, the SEC fined the New York Stock Exchange for improperly distributing their feeds. Some customers had their feeds routed directly to them; others had their feeds routed through an internal distribution system, which had a software issue that caused delays — and which gave recipients of the direct feed a very slight edge.

High-frequency trading accounts for most of the trades in stock markets in the U.S. and U.K. At the beginning of 2011, TABB Group released a report showing that 77 percent of the transactions in U.K. markets came from automated traders.

In an interview on Forbes.com, published in September 2013, Eric Hunsader, CEO of Nanex, a market data feed provider, said 50 percent to 70 percent of all trading volume comes from high-frequency trades while 90 percent to 95 percent of quotes come from them.

For small investors, there may have never been a worse time to try to institute short-term trading strategies. Day-trading has never been a sure thing, but with incredible volume and transient liquidity from automated trading, individuals are at a huge disadvantage. Long-term investors may not be greatly impacted, but everyone in the market could be subject to increased volatility and more mini-crashes that occur every day in individual securities and assets.

“To the extent that liquidity — perhaps provided by the activity of institutions — encourages the small investor to trade more, it is a bad thing,” Napier says.