When choosing a travel credit card, there is an array of important factors to consider. First and foremost, you’ll want a credit card that doesn’t charge foreign transaction fees. Next up, you’ll want to ensure your card is universally accepted—as in, your credit card will be usable wherever you go.

Visa and Mastercard are easily the best options for international usage, mostly due to the fact that these cards are accepted almost anywhere in the world you travel. According to a 2020 survey from Nilson Report, acceptance of Visa and Mastercard has reached 70 million merchants internationally with significant growth in every region worldwide. According to the study, the ability to use smartphones as point-of-sale terminals has become a major factor in terms of acceptance at more locations around the world.

Discover and American Express lag significantly behind, and it’s more likely than ever that specific retailers will choose not to accept American Express—even in countries where Amex acceptance is common.

The most recent figures from Nilson Report show that American Express card acceptance has reached 44.2 million merchants worldwide, partly due to recent expansions in China and bank partnerships in other key countries around the world.

Interestingly, within the U.S., American Express has a nearly identical acceptance rate to Visa and Mastercard among retailers and merchants. In fact, recent data shows that the vast majority of places that accept credit cards in the U.S. now accept American Express cards.

So, what’s taking the rest of the world so long to catch up? Here’s why American Express isn’t as universally accepted as other types of credit cards.

When you’re traveling away from home, it’s not uncommon to visit a restaurant or retail store that doesn’t accept American Express. The reason behind this is simple—American Express charges merchants a higher fee than competitors do.

To be clear, all credit card issuers charge merchants fees in order to accept their credit cards, yet some card issuers choose to charge a higher fee than others. These fees are considered part of the cost of doing business for merchants, yet it’s easy to see why they would want to keep their payment fees to a minimum—especially if not accepting one type of card (in this case, American Express) doesn’t hurt their bottom line.

How much more does American Express charge merchants? If you don’t dive into the numbers too much, the difference doesn’t seem exorbitant.

Visa and Mastercard tend to charge merchants processing fees between 1.5 percent and 2.5 percent to accept their credit cards, whereas American Express charges 2.5 percent to 3.5 percent.

While this may not seem like a significant difference, the gap in fees can make accepting American Express an unattractive proposition. After all, a business that does $100,000 in credit card sales per week would much rather pay $1,500 to $2,500 in fees to accept credit cards versus $2,500 to $3,500.

How is American Express different from other credit cards?

Another difference is that, unlike other credit card issuers, American Express still offers charge cards. Charge cards are types of cards that require you to pay the balance you charge in full each month, whereas credit cards allow you to carry a balance from month to month.

However, American Express has offered more ways to carry a balance on its cards over the last few years, including its Pay Over Time feature and Amex Pay it Plan it.

Amex merchant fees: How expensive are they?

American Express outlines its fees for merchants in its American Express Merchant Reference Guide. Merchants must pay to use its electronic payment network, it notes, and it will automatically pay merchants the money they’re due via an ACH transfer unless the merchant wants to pay a fee to receive a check.

There are quite a few fees that can be imposed on merchants for accepting American Express cards, but the primary one is the Discount, notes Amex. This amount varies, but typical merchant fees fall between 2.5 percent and 3.5 percent.

Other merchant fees that may apply can include non-swiped transaction fees (when a credit card isn’t present and the number is keyed in), voice authorization fees, check fees, paper statement fees and more.

While there are always exceptions, American Express is accepted at most airports, restaurants, hotels and online merchants. Subscription services you sign up for typically accept American Express, as do grocery stores and other types of retailers.

American Express has made great strides in terms of expanding its footprint and acceptance over the years. However, this is more true in some parts of the world than in others.

According to new data from The Nilson Report, 99 percent of merchants that accept credit cards within the U.S. now accept American Express. American Express says it’s easier for merchants of all sizes to accept its cards due to a few initiatives undertaken over the years.

“These efforts included the introduction of OptBlue in 2014 that enabled small businesses to accept American Express through their existing processor who sets the rate and facilitates the transaction, just as they do for other cards,” Amex said in related commentary.

In the meantime, American Express says it has and will continue to, “tackle outdated misperceptions about accepting American Express,” and make “significant inroads in industries that did not traditionally accept credit cards, including utilities, government entities, insurance, healthcare and education.”

Amex is also doing its best to lure new merchants into accepting its cards on the Amex website, citing improvements like free marketing, savings on business solutions and “competitive pricing opportunities at rates that may be lower than you think.”

When you look at the numbers and consider businesses’ bottom lines, it’s easy to see why American Express cards have not always been a favorite for merchants. However, there has been an uptick in the acceptance of Amex cards within the U.S., partly due to efforts to ease the burden of processing fees for smaller businesses. Unfortunately, American Express cards still have dramatically lower acceptance rates worldwide than Visa or Mastercard cards, so if you’re traveling abroad, it’s a good idea to make sure you have more than your Amex in your wallet. 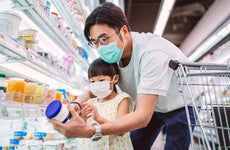 Why I love the Blue Cash Preferred Card from American Express 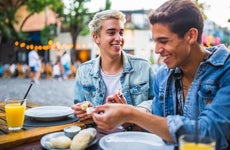 Why the American Express Green Card is great for flexible spending 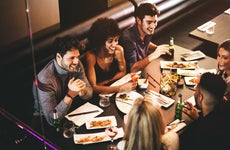 Why I love the American Express Green Card 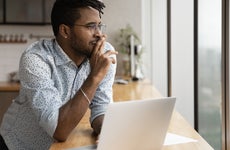 How to get preapproved for an American Express credit card