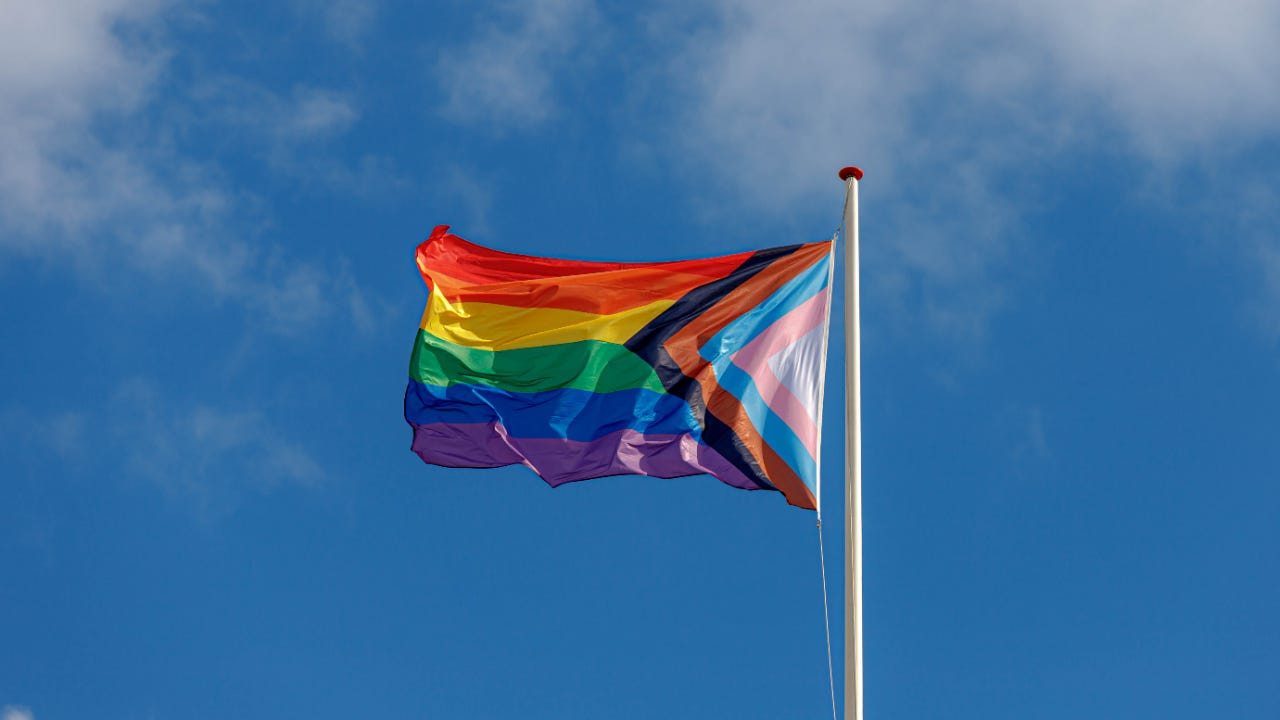 As we celebrate Pride Month, it’s important to recognize the LGBTQ+ community’s successes while also raising awareness for the changes that are still needed. LGBTQ+ Americans have made great strides toward equality since the 1969 Stonewall Riots that birthed the modern LGBTQ+ rights movement and annual Pride celebrations. But inequities still exist — especially in personal finance.

Studies show that LGBTQ+ adults are behind other Americans in retirement savings and ahead of other Americans — but ahead in the wrong way — regarding debt. In this guide, we’ll address the financial disparities that exist and highlight resources that can help.

Financial inequities for the LGBTQ+ community

Personal finance isn’t just about your income. It touches nearly every aspect of how we live. LGBTQ+ Americans are, on average, less insured, more in debt and have less in savings. Here are a few figures from a 2022 survey co-sponsored by Debt Free Guys, an LGBTQ+ financial blog, and The Motley Fool.[ii]

In each of those categories, LGBTQ+ adults get the short end of the stick. It’s no wonder, then, that the survey found two-thirds of LGBTQ+ Americans suffer high financial stress every day. About the same percentage cited earning enough money to get by as their top financial concern.

And despite the success of those making over $100,000, 22 percent of LGBTQ+ adults live in poverty (compared to 16 percent of heterosexual adults).

A large factor contributing to these figures is the fact that LGBTQ+ workers earn about 90 cents for every $1 earned by a typical American worker, according to the HRC Foundation.[iii] The numbers are worse for some ethnicities and races:

Likely a result of smaller incomes, LGBTQ+ individuals tend to have less in savings. According to the same analysis by the HRC Foundation, a smaller percentage of LGBTQ+ Americans have $10,000 or more in savings than their non-LGBTQ+ counterparts.

“Previous research has found that LGBTQ+ adults in the United States, on average, fare worse economically than their straight and cisgender counterparts,” the HRC Foundation declared in releasing its findings about pay.

Key takeaways
If you’re in the bucket of people carrying credit card debt, consider transferring your balance to a 0% interest credit card.

A smaller percentage of LGBTQ+ Americans have credit in the “very good” to “excellent” ranges.

A 2019 study at Iowa State University analyzed national mortgage data from 1990 to 2015 and discovered the approval rate for same-sex couples was 3 percent to 8 percent lower than the rate for opposite-sex couples.[iv] The researchers also found that same-sex applicants were 73 percent more likely than opposite-sex couples to have their mortgage applications rejected. On top of that, mortgage lenders hit same-sex borrowers with higher fees and interest rates.

Knowing this, it’s unsurprising that The Motley Fool and Debt Free Guys found that only 26 percent of LGBTQ+ Americans have a mortgage, compared with 40 percent of the all Americans.

A huge component of a healthy financial plan is retirement savings. Unfortunately, a study from Transamerica Institute found that LGBTQ+ Americans tend to be less prepared for retirement than heterosexual Americans. [v]

Economic impact of the pandemic

The pandemic affected Americans differently, and in many cases, things got worse for groups that were already struggling. The Transamerica Institute study also uncovered several financial challenges that deepened for LGBTQ+ workers since the start of the pandemic.

The first step toward equality is understanding where disparities exist. Next comes action. With this wealth of data available, financial services firms and nonprofit initiatives are taking action to help through specialized products, targeted services and philanthropic efforts. A few examples include:

For decades, LGBTQ+ Americans have ridden the societal ups and downs of legislation that affects their finances. Here are some of the highlights and lowlights:

Finance is personal. Here are a few financial resources, from large institutions that publicly support the LGBTQ+ community to those specifically designed to help LGBTQ+ Americans.

SAGE, a nonprofit organization serving older LGBTQ+ Americans, provides a variety of legal and financial resources. Among them is SAGEcents, a digital platform designed to help older LGBTQ+ people improve their financial literacy and stability. The platform’s financial backer is the Wells Fargo Foundation.

The Human Rights Campaign, an LGBTQ+ civil rights group, and the HRC Foundation promote a number of legislative and policy changes aimed at bettering the financial lives (and all-around lives) of LGBTQ+ Americans.

The Oh My Dollar! blog, created by Lillian Karabaic, is “an inclusive, no-judgment place to talk about money for people of all incomes.”

Read more From John
John Egan is a freelance writer and content marketing strategist in Austin, Texas. He is a contributor for Bankrate and specializes in content focusing on personal finance, real estate and health and wellness. Among the outlets where John’s work has appeared are CreditCards.com, Forbes Advisor, Experian and U.S. News & World Report. He is the former editor-in-chief of the Austin Business Journal.
Edited by
Mariah Ackary
Editor