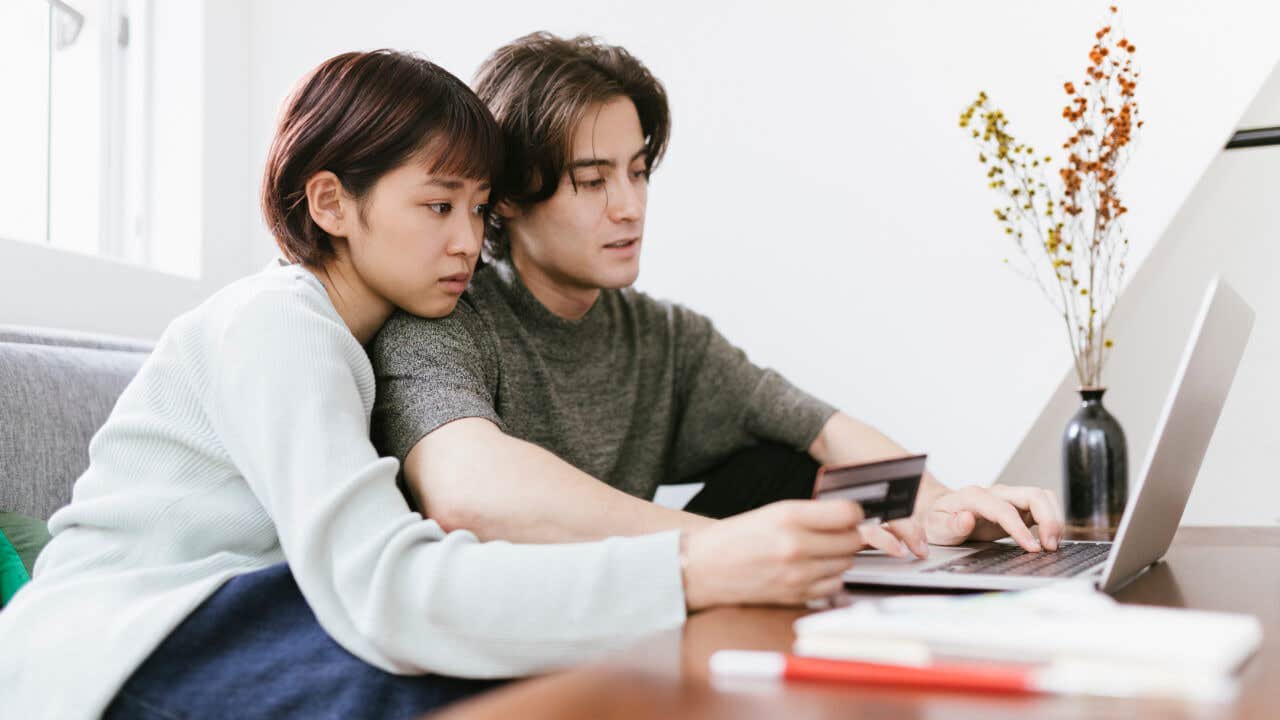 Hey, honey, did you know I’ve been cheating on you? (Financially, that is.)

That’s the unfortunate—and unromantic—reality for millions of Americans. Four out of every 10 U.S. adults that are married, in a civil partnership or otherwise living together are keeping a major money secret from their current partner. That’s according to a recent survey commissioned by our sister site CreditCards.com.

Millennials (25-40 year-olds) are the biggest offenders. Just over half (51 percent) are committing financial infidelity against their current partner. The figures drop to 41 percent for Gen Xers (41-56 year-olds) and 33 percent for baby boomers (57-75 year-olds).

Across the board, the biggest culprit is secret spending. Some 30 percent of coupled-up individuals admit to spending more than their partner would be okay with. Secret debt is next, at 11 percent, followed by keeping a hidden savings account (9 percent), a clandestine checking account (7 percent) and an undisclosed credit card (also 7 percent).

Why people do it

The most common explanation was “privacy/a desire to control my own finances,” given by 30 percent of secret keepers. Next was “it never came up/I never felt the need to share” (25 percent), followed by:

I suspect that millennials are the most likely to commit financial infidelity because they tend to get married later than members of previous generations, and they’re more likely to be members of two-income households. Millennials are also more likely than older adults to have divorced parents, which can encourage them to squirrel money away just in case their own relationship doesn’t last. The theory often goes something like, “I managed on my own for a long time. I work hard for my salary. I’m entitled to do whatever I want with my money.”

Why that’s a problem

It’s hard enough to achieve your financial goals if you’re pulling in the same direction. It’s almost impossible if you’re working against each other. And the emotional consequences can be even more severe than the financial concerns.

A breach of trust can cause the other person to say, “Wow. I really thought I knew you. What else am I missing?” That’s a very uncomfortable path to go down. Once trust is lost, it’s hard to get it back. In fact, more than a quarter of all U.S. adults (28 percent) believe financial infidelity is worse than physical cheating. That’s almost as many as the 38 percent who believe physical cheating is worse (the remainder couldn’t decide).

What to do about it

The cure is communication. We need to get better, as a society, with discussing money. In fact, a 2019 CreditCards.com survey found the only thing harder to discuss than credit card debt is our love lives. Financial infidelity blends the two, so it’s no wonder this is such a widespread issue.

“Yours, mine and ours” is an approach that works for many couples. If you each want to have your own pot of money to spend with no questions asked, then that’s fine, but you need to agree upon the parameters ahead of time. This ensures you’re in alignment and working towards your broader goals.

If you each agree on a percentage or dollar amount that you can call your own—for example, $100 per paycheck—then I think that can work. Some people like the autonomy. They don’t want the other person looking over their shoulder, nor do they want to feel like they’re subsidizing their partner’s shoe fetish, fantasy football hobby or nights out with friends. What doesn’t work is one person (or both) siphoning off money willy-nilly. The rest of your funds should be combined for joint bills, savings and future planning.

And, if these secrets involve hidden credit card debt, it’s important to come up with a plan to tackle it together. If you have good credit, a balance transfer card can help you minimize the amount of interest you’ll have to pay.

Even if it’s uncomfortable, we need to get these issues out there. Secrets hurt. The longer they fester, the greater the damage. If you’re been engaging in secret spending or holding onto secret debt or hidden financial accounts, come clean right away. Be honest and work through it together. It’s far better than having the other person find out on their own. And let’s face it, they probably will.