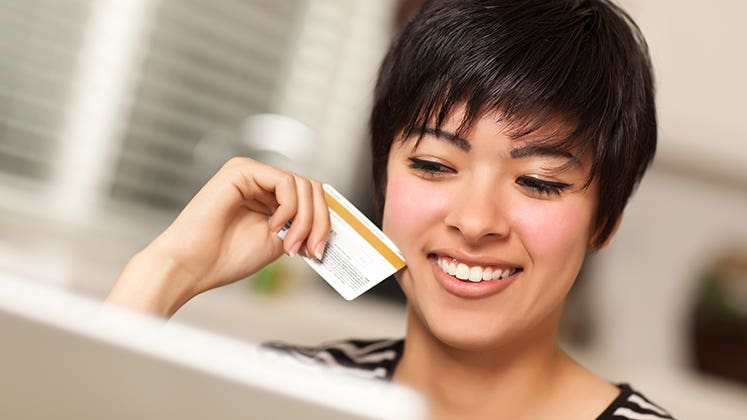 You may have heard in the wake of last year’s massive Target data breach that customers aren’t liable for fraudulent charges. But is that true?

Federal law limits credit card holders’ liability for fraudulent charges to $50. Debit card holders, on the other hand, are liable for $50 if they report fraud within two days and up to $500 if they report within 60 days. After 60 days, customers are generally on the hook for all fraudulent debit card charges. General purpose reloadable prepaid debit cards don’t have any legal protections, though that is expected to change soon, notes Christina Tetreault, staff attorney for Consumers Union, the policy and action division of Consumer Reports.

Many issuers, however, feature policies that exceed federal mandates. All cards issued through the Visa and MasterCard payment networks, for instance, tout zero liability policies that preclude account holders from having to pay even the $50 minimum on unauthorized transactions. American Express and Discover offer similar fraud protection guarantees.

Down the rabbit hole

Given they are voluntary, however, most zero liability policies feature exceptions or “include a ‘condition precedent,’ a legal term for something you have to do in order to get the benefit that is being offered,” Tetreault says. Visa’s zero liability policy, for example, applies only to U.S.-issued cards, while MasterCard requires an account be in good standing to be eligible for its coverage.

Moreover, since the fine print differs from network to network — or issuer to issuer, since zero liability through Visa and MasterCard is administered by the financial firm offering the credit or debit card — these condition precedents and/or exclusions aren’t exactly uniform.

They’re also not always outlined in the same place or readily accessible. American Express said it hadn’t outlined a specific policy for when a $50 charge may or may not apply inside of its fraud protection guarantee.

“Things are done on a case-by-case basis,” says Marina Hoffmann Norville, a spokeswoman for American Express. “The way that we service our card members is through our relationships.”

Given these and other disparities, “it can be very difficult to understand what you have to do” to qualify for the full zero liability protections, Tetreault says. “There are these different standards (financial firms) might apply.”

Fortunately, she adds, “The anecdotal evidence in the wake of the Target breach is that consumers have had success in disputing fraudulent charges.”

Still, customers need to do their due diligence.

Most zero liability policies put at least some onus on the cardholder. Wells Fargo will cover “any unauthorized purchases or ATM transactions, as long as they are reported promptly.” Bank of America asks that claims regarding debit card transactions “be reported within 60 days of the statement,” and Visa says its policy “would not apply if there was substantial evidence of the cardholder’s gross negligence or fraudulent action.”

Some of the terminology is admittedly vague. The term “gross negligence,” for instance, “is meaningless to most consumers,” Tetreault says.

But the bottom line is you need to protect your payment methods. For example, don’t sit back and allow your friend to run rampant across Beverly Hills with your credit card. It’s an even bigger misstep to, say, document said shopping spree on TV. Instead, cancel the card as soon as you know it’s been compromised or has gone missing. Also, remember to safeguard your PIN, since its use is another popular exclusion among zero liability policies. (MasterCard recently extended its zero liability policy in the U.S. to include PIN-based and ATM transactions.)

“There is always going to be an added level of scrutiny” if someone has that particular piece of information and uses it to make a transaction, says Linda Sherry, director of national priorities at Consumer Action, a national nonprofit advocacy and education organization.

You also need to regularly monitor your billing statements and “call the issuer as soon as possible,” Sherry says, should a mysterious transaction appear, since that will minimize your chances of having to pay out of pocket for fraud. You can, more often than not, sign up for alerts from your card issuer or bank in order to spot unauthorized charges as soon as they appear.

“The sooner we know about it, the better,” Norville says. She adds that cardholders should “advise us about fraud charges before they pay their bill,” since payment can be seen as an acknowledgment that charges are legitimate.

Finally, don’t be afraid to ask if you can’t find a policy online or you’re confused about the fine print of a card’s terms and conditions.

“You might want to call a customer service representative,” Sherry says, just to make sure you aren’t missing anything.