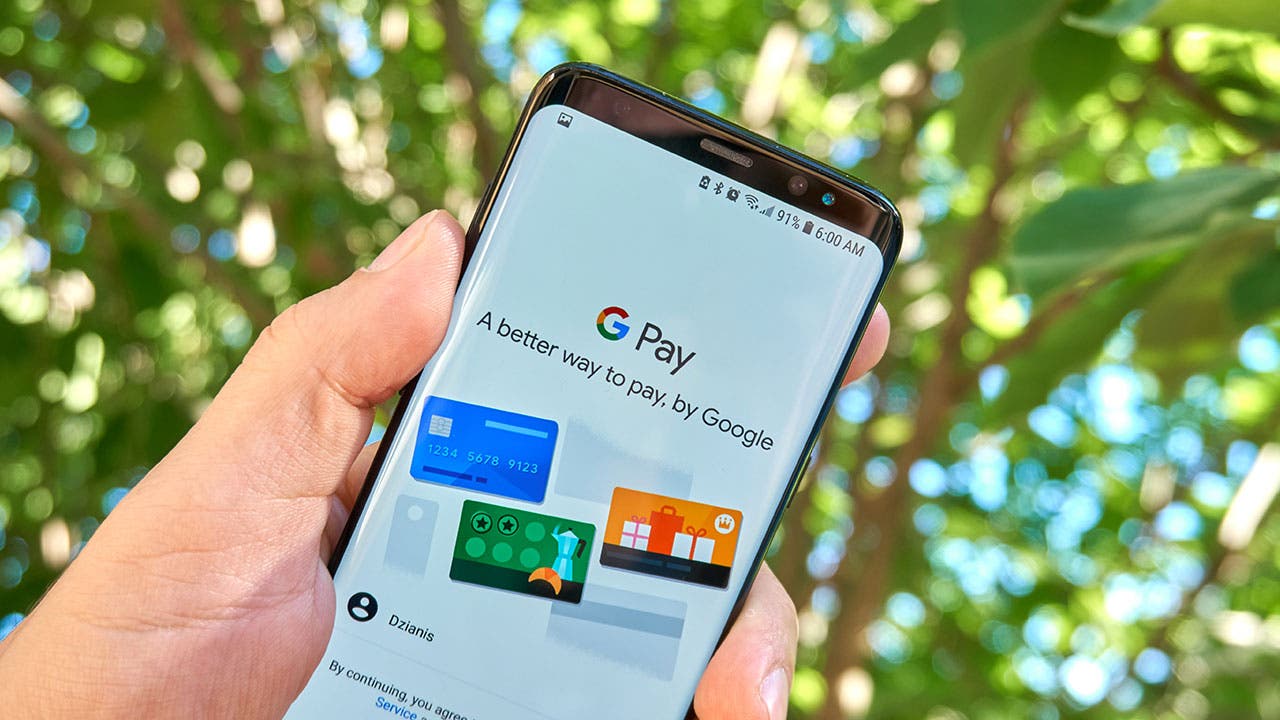 Mobile wallets have been around since 2014, when Apple first introduced Apple Pay for iPhones. Today, the three main mobile wallets, Apple Pay, Samsung Pay and Google Pay are ubiquitous, with many vendors accepting digital wallet payments and more consumers relying on the payment system.

Android Pay became Google Pay in 2018 when Google united several payment tools under the new brand, but the app’s functionality remains the same.

Hailed to be more secure than credit cards and more convenient than cash, mobile wallet payments will total $14 trillion by 2022, according to expert predictions. Apple leads the way in both enrollees to their mobile service (34 percent of users) and those who use the service weekly (8 percent).

But Apple might be leading only because Android users have two options in digital payment platforms: Samsung Pay and Google Pay.

What is mobile wallet technology?

These systems are digital platforms that link to your participating bank account or credit card and permit you to make payments at brick-and-mortar locations using only your smartphone. They may also work, on a limited basis, for some in-app purchases and at some online retailers, too.

Instead of carrying a credit card, which can be lost, stolen, or even have its number skimmed from a payment terminal, your mobile wallet is always with you on your smartphone. (And if your smartphone is lost or stolen, it should be secured with a password or another authentication method that would keep anyone from accessing your apps.)

The mobile wallet works through Near Field Communication (NFC), which lets two electronic devices — in this case, your smartphone and a payment terminal — communicate with each other without any physical contact. Hold your device about 4 inches away from the other device, and small amounts of data will move from the NFC chip in one device to the other wirelessly.

How secure is your mobile wallet?

An offshoot of radio frequency identification (RFID) technology, which powers the EMV chips in newer credit cards, NFC payments are more secure than the magnetic stripe technology used in older credit cards. Each time you complete a transaction, the chip generates a unique, encrypted code used exclusively for that transaction. Even if a hacker were to intercept the wireless transmission, and decrypt the data, the code generated would be useless for future purchases. Some purchases require the added security of entering the card’s PIN before completing the transaction.

Your Android wallet is also protected against physical theft of your phone. If your phone doesn’t use fingerprint authentication, you’ll need to enter your passcode each time you want to use Google Pay.

When you consider all the ways credit card fraud might occur, mobile wallet options are much safer.

How to use mobile wallet payments

When you’re ready to enjoy the security and convenience of mobile payments, you’ll first have to download the app in the Google Play store. Newer phones come with the app preloaded.

Once that’s done, you’ll probably find yourself staring at the multi-colored “G” reminiscent of the Google logo and wondering, “Now, how do I use this?”

Start by choosing a debit or credit card to connect. Many popular cards, including those issued by Chase, Wells Fargo, Capital One and Citi, are compatible. Some co-branded cards and store cards, however, may not be.

You can check the list on the Google Pay website, or just tap “Add a credit or debit card” in the app, then scan the credit card by placing it in your phone camera’s viewfinder so the card fills your screen. If the card is accepted, you’ll be asked to enter the three-digit security code on the back. To make it even easier, cards that are already linked to your Google Play account automatically enter your Google Pay wallet.

You can enter multiple credit cards, linking them all to your Google Pay account, and then choose the card you use most often as your default.

When you’re selecting a default card, choose carefully: To maximize your cash back rewards, you may want to pick a credit card that offers generous rewards points for purchases at locations where you’re likely to use your mobile wallet.

On smartphones using Android 7.1 or later (which most phones use today), you can choose which card you want to use from inside the app. If you’re using your default card, you don’t even need to open the app to use Google Pay.

Where can you use Google mobile payments?

The most common use is to complete in-store transactions securely using only your smartphone. Look for the Google Pay logo or NFC logo on the payment terminal to find out if the store accepts digital wallets powered by NFC.

You can also use the app to find stores near you that accept Google Pay while you’re out shopping. Remember, even if the store doesn’t specifically say it accepts Google mobile payments, if the payment terminal has NFC technology, you might be able to use your mobile wallet.

You can also use the Google mobile payment system in certain apps, such as Starbucks, Houzz, DoorDash, Kayak, Fandango and more — with new apps and websites being added frequently.

How does Android Pay/Google Pay compare to other mobile wallets?

It comes preloaded on most new Android devices, which means people may be more likely to turn to it than other mobile wallet options.

However, Samsung Pay has an edge for Samsung users, because in addition to using NFC technology, it also works with EMV readers and with terminals with magnetic stripe readers. Samsung Pay’s Magnetic Secure Transmission (MST) technology means it works at more than 30 million locations.

The major apps are comparably easy to use and compatible with cards from major banks and credit card issuers, so the determining factor in your choice of wallet might be what smartphone you carry.

Take advantage of rewards and savings with Google Pay for Android

It isn’t just a convenient payment system. You can add your loyalty cards from many retailers to rack up rewards automatically when you complete your transaction using a digital wallet.

Add your loyalty cards the same way you would a credit card to start earning immediately. Keeping your rewards cards in one app can help you declutter your financial life and slim down your keychain or your (real-life) wallet.

Some credit cards, like the Wells Fargo Cash Wise Visa® card, offer bonus points for using digital wallet payment systems such as Google Pay™ or Apple Pay®. With the Cash Wise Visa, you can earn 1.8 percent cash back (compared with the standard 1.5 percent) on qualified purchases with your digital wallet in your first year.

Plus, merchants who now tack fees of 3 to 4 percent onto credit card purchases, which can quickly negate your rewards, don’t yet charge for using a mobile wallet. Google Pay has no fees for buyers either, so using your mobile wallet is a sure way to maximize your credit card rewards.

Moving your finances to your phone

From booking a hotel to managing your budget, most people do more with their smartphones today than ever before.

Moving in-store payments to a smartphone app makes sense for so many reasons, including convenience, security and added rewards. Now that you know how to use Google Pay, formerly Android Pay, it might be time to make the jump into the future of mobile payments.