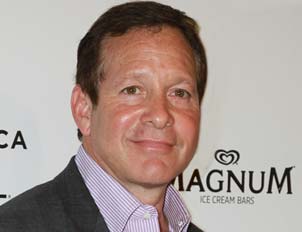 It’s a good thing Steve Guttenberg is a lousy listener. The first agent he met in Hollywood offered this advice: “Forget being an actor. You don’t have the look, you don’t have the talent, and your name is ridiculous. You are the last guy I would ever pick to be a movie star.” Undeterred, the native New Yorker with the boyish charm went on to star in such Hollywood blockbusters as “Diner,” “Police Academy,” “Three Men and a Baby” and “Cocoon.”

In his new memoir, “The Guttenberg Bible,” the down-to-earth actor describes how he conned his way onto the Paramount lot by posing as Michael Eisner’s son, set up his own clandestine office and forged a successful career by ignoring the advice of others.

How long did it take to get your feet on the ground financially?

From the day I was born, I never had my feet off the ground. Even as a kid, I’ve always had an interest in saving money. I had my own odd-jobs business; I was a paperboy, I’d wash windows, cut lawns and baby sit. I’ve always been a saver, and I’ve always invested since I was a kid. I got AT&T stock for my bar mitzvah. I’ve always understood that I’m an ordinary guy who happens to have an extraordinary life. I’m the same as everybody else. I’m a guy who understands that there are limits, and most of this isn’t real. The fancy restaurant isn’t real. Being honored at some event isn’t real. Being on TV and a movie star, it’s not real. I mean, you make a big deal about it but just because you’re on television doesn’t make you better than anybody else. 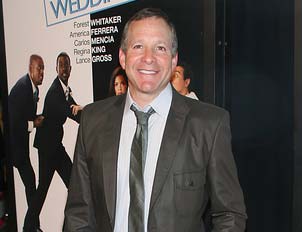 You starred in three hit movie franchises in a period of four years, including ‘Police Academy.’ Were you ready for the riches that followed?

Oh my God, yeah. When I started making movies that made a lot of money, I was able to basically become an owner of them. And then the checks would come in. I remember sitting in my business manager’s office, and I always asked to see the checks because I wanted to see what a check looks like for that much money if it’s a six-figure check or a seven-figure check. So he wouldn’t cash them until I came in and took a picture of them or photocopied them. I mean, I come from a regular background, so when you make this kind of money, it’s pretty extraordinary.

Once you made your fortune, how did you spend it?

I share everything with my family. My sister and my mother and father have as much security as I do. Oh, I did some dumb things. I bought a Ferrari. But that’s maybe the only dumb thing I did. A few years ago, I bought my mom an extraordinary Harry Winston ruby-and-diamond necklace and earring set. My mom has been a little “under the weather” the last five years and I went in and said, “I don’t give a hoot how much it costs, give me the biggest thing you got.” Actually, what I said was, “I want my mother’s eyes to pop out of her head; give me what will do that.” She calls it the queen’s necklace. But that’s not a splurge, that’s my mom. I’d give my entire fortune for my mom, her and my dad. They’re No. 1. Family is No. 1. Very important.