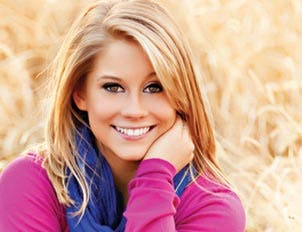 At the ripe old age of 20, diminutive Olympic gymnast Shawn Johnson has lived a supersized life that includes two national championships, one world championship, four Olympic medals — including gold on the balance beam from the 2008 Beijing Olympic Games — and the coveted mirror-ball trophy as the “Dancing with the Stars” winner in the eighth season. In her new memoir, “Winning Balance,” the self-described mix of nerd, tomboy and girly girl tells how her well-grounded Iowa upbringing helped her reconcile the two strongest — and opposing — forces in her life: “I wanted to win, and I wanted to be just like everybody else.” A knee injury from a 2010 skiing accident forced Johnson to retire in June 2012 from the sport she dominated. What’s next for the 4-foot-9 inch wunderkind? If history holds true, just about anything.

Did you ever have or want a job?

Oh, yes! I never had time for it, so I never had one, but I begged and tried so hard to get a job! I don’t know why. I always wanted to work at Chow’s Gymnastics (where she trained) or work at the local Dairy Queen or something. That probably would have been dangerous; I would have been eating ice cream every two seconds.

Speaking of ice cream, most athletes have a secret food vice. What’s yours?

My favorite, if we’re going to, like, extremes, was always my dad’s homemade French toast. Normally that’s not that bad, but the way he makes it is very bad. 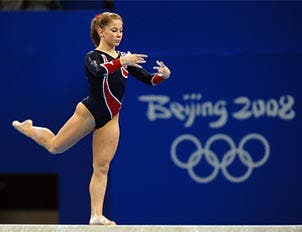 Did you feel wealthy when the endorsements rolled in after the Beijing Olympics?

Oh, goodness no. It’s never, ever been about money for me. Signing endorsements, the dollar sign has no effect on me; it’s about what they stand for and how they can help me tell my story. The only reason why I signed an agent is (because) gymnastics is kind of under the radar. The girls who work hundreds of thousands of hours their entire (lives) in a gym and don’t get their (stories) told, I feel like the ones who have an opportunity to have a platform owe it to them to share that. I’ve never celebrated money. There’s too much out there that’s worth a lot more.

How do you rate yourself at handling money?

I’d say I’m kind of frugal. It’s not something that I pay a lot of attention to because it’s not something that has much worth to me. My family has never been about that, so they didn’t raise me to think that way. Even clothes shopping, I’d rather just go to the dollar store, then buy lemonade and sit and hang out with my family and friends. 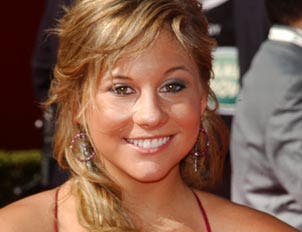 As a ‘Dancing with the Stars’ champion, do you still bust a move?

Oh, goodness no! Outside of having my dance partner push me around the floor, I am so shy when it comes to the dance floor. I don’t normally go out there and dance.

Where do you see yourself in 10 years?

I don’t know where I’m going to see myself tomorrow, let alone in 10 years! I’m still trying to figure it out. Hopefully through college and happy and in a career; that’s about as detailed as I can be. I’m looking into enrolling at Vanderbilt or Stanford in the fall of 2013. I absolutely love working with any type of charity or foundation, anything where I can give back. That’s something I’ve done ever since I was little. I started walking dogs at our local shelter when I was 10 years old, just for fun. I work a lot with the Leukemia & Lymphoma Society and Stand Up to Cancer. I will hopefully start to be able to work with UNICEF and be able to do field work with them. That would be a dream for me.