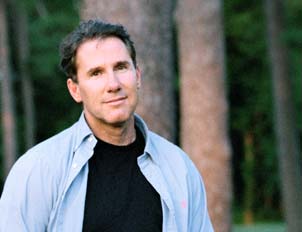 Few authors have the power to make female readers swoon like Nicholas Sparks. His books have sold more than 70 million copies, and seven have been turned into films, including his latest, the Zac Efron-starred “The Lucky One.” Bankrate spoke to Sparks about his journey to success.

Before you were a best-selling author, how did you make a living?

I graduated college at 22, and I spent three years trying to find what I wanted to do with my life. During that period, I wrote an unpublished novel, waited tables, appraised residential real estate, bought and sold small investment property, and sold dental products by phone. Then I took a job selling pharmaceuticals for Lederle Labs, which is now part of Pfizer. I was one of the people who dropped samples in the office. I was doing that while I wrote “The Notebook.”

Did what you learn in those jobs help you as an author?

No question. So did my courses in college — I was a business finance major. It behooves authors to understand the business nature of the publishing world because it’s up to the author to do everything they can to sell as many books as possible. 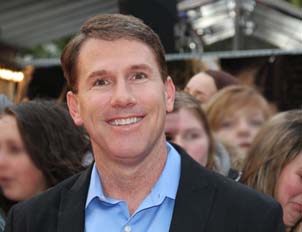 Once ‘The Notebook’ hit and you started to taste success, what was the greatest thing you splurged on?

My wife and I built our dream house. That’s the biggest thing we’ve ever done. I’ve also traveled. Those are big splurges because I tend to be gone for three weeks. You don’t want to go to India, turn around and come back after a day. You want to experience it. So just last September, I took a three-week safari to Zimbabwe, Zambia, Botswana and Mozambique. It was one of the most amazing experiences of my life. 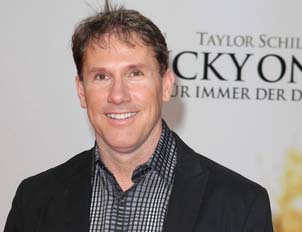 Do you generally splurge in your everyday life?

We have five children (ranging in age) from 20 to 10. Over our married life, we’ve been to Disney World 25 times. It’s not always super-high-end safaris. There are two kinds of trips: vacations and family trips. It’s very important not to confuse the two. A vacation is something you do with your wife. It can be a long weekend, two or three days, and you get away and do grown-up things: sit by the pool and have a pina colada, take a nap in the middle of the afternoon, go out for a nice dinner and dancing in the evening.

If the kids are with you, you’re not sipping pina coladas or staying out late dancing. You’re doing what the kids want. As long as you’re clear on the difference, you can enjoy both of them very much.