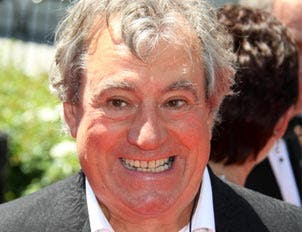 Monty Python member Terry Jones has kept busy with a great variety of non-Python-related projects over the years, including writing books about medieval history and creating comedic health advice videos for MyHealthTips.com. But Jones, who spoke to Bankrate on the occasion of the Blu-ray release of “Monty Python and the Holy Grail,” keeps busy on projects with his old troupe mates as well. He and his fellow surviving Pythons (except for Eric Idle) will all be heard together in “A Liar’s Autobiography,” an animated 3-D documentary about late Python member Graham Chapman; and “Absolutely Anything,” a film that Jones co-wrote in which the Pythons will provide the voices of CGI, or computer-generated image, aliens.

You got your start writing for British television. Did you ever have a nonshowbiz job?

No. (Python member) Mike Palin does a talk called, “Forty Years Without a Proper Job.” I did work for the BBC as a script editor at one point, but when they were developing “The Frost Report” (starring David Frost), I had entry into BBC comedy. I think Mike Palin and I were writing little comedy films for “The Frost Report” and filming them and performing in them. 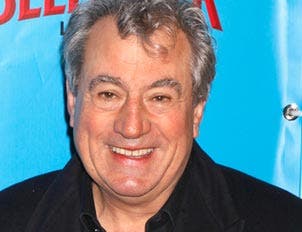 ‘Monty Python’s Flying Circus’ first ran on the BBC, then in America. At what point did you start to feel successful?

About 30 years later, really. It all seems now much more successful than it was at the time. We were always worried that people wouldn’t laugh. I remember John (Cleese) saying to Mike Palin, when we were doing the first show to an audience of old-age pensioners, “You realize we might be doing the only comedy show that nobody ever laughs at.” But now, in retrospect, it seems like everyone’s so much more enthusiastic. I guess the first time we thought it might be going OK was by show five, when Ian MacNaughton, our director, said that the BBC was getting a lot of correspondence from school boys writing in saying how much they liked the show. But at the end of the first (season), it was really touch-and-go whether the BBC would commission another (season) or not. 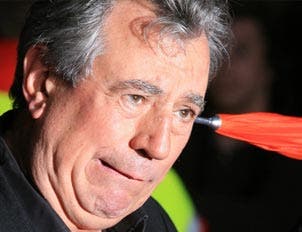 When did you get to the point where you could splurge on something really big for yourself?

I never really did. About 10 years ago, when my ex-wife and I bought a flat in Paris, I think that was the biggest thing I’d bought. Well, I bought a telescope. I never discovered, really, how well off I was. I was just keen on doing the work. 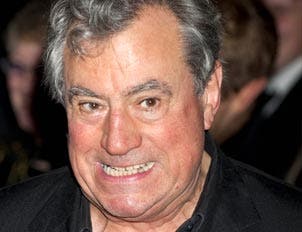 So you live more like a frugal person than a star?

I spend a lot on wine, I suppose. I’ve always bought vast quantities. Not in the quality of the wine — I don’t buy expensive bottles — but I buy huge quantities because we’re always having lots of dinner parties. And we go on holiday, I suppose. I don’t really spend an awful lot.