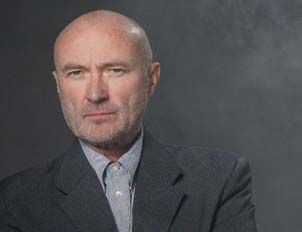 To hear Phil Collins tell it, his only goal in life was to make his living playing drums. Talk about overachieving! The multitalented singer/songwriter/actor/producer got his start behind the kit with the ’70s art-rock band Genesis. He stepped out as lead singer following the departure of Peter Gabriel and launched his own solo career in 1981 with the hit single “In the Air Tonight” from his multiplatinum debut album, “Face Value.”

Since then, he’s had seven No. 1 hits, including “Against All Odds (Take a Look at Me Now),” “One More Night” and “Sussudio.” He won an Academy Award for Best Original Song for “You’ll Be in My Heart” from Disney’s “Tarzan,” and he’s been inducted into the Rock and Roll Hall of Fame. Collins recently received an honorary doctorate in history for “The Alamo and Beyond,” a coffee-table book that unveils the extensive collection of Alamo artifacts he has wood-piled for years in his home near Geneva.

People are surprised to learn you started out as a child actor in the London production of ‘Oliver!’ What was it like growing up?

My career choice would have been a drummer — I’ve been playing since I was 5 — but back in those days you couldn’t do that. Not like now. My mother became a theatrical agent because she ran a toy shop, and the toy shop closed. Then she got a call from a friend of hers who said she wanted to start an agency. So she became an agent and ran it from home.

I got the part of the Artful Dodger, and from then on I went through drama school, and I carried on. My father was very, very disappointed when I decided to stop acting and go full time into music. I remember when I joined Genesis, it was 10 pounds a week, which was about $20, but it was twice as much as I had earned prior to joining Genesis. 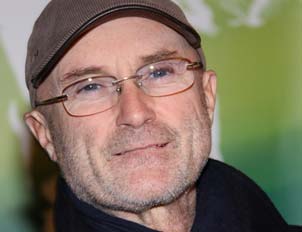 Did you spend like a rock star when fortune finally came your way?

Not me. Not me. No. I never was aware of it, you know. I just kept working, and someone threw money in a bucket behind me. I never did anything for money. I never took a job specifically thinking, “Oh, this will be good.” I just kept working because … the ages know I couldn’t believe my luck that suddenly I was working with Eric Clapton, or suddenly I was working with Robert Plant.

I just thought, “How fantastic!” It was never a financial thing that popped into my head that said this is a good move. I never consciously made a “good move” in my life, really. My phone would ring, and I thought, “Well, if I don’t do this and I’m working with one of my heroes, for example, they’ll never call back!” You know, I’ve got to do it. 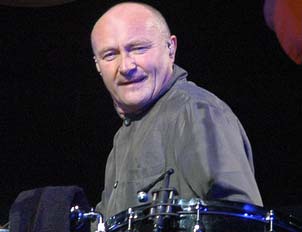 Are there things you splurge on these days?

There are, yeah. For example, on holiday. I have one holiday a year, which is what my dad used to do, and I’ll gladly splash out on chartering a boat and run round Sardinia with my children. I’ll do that kind of thing. And I guess this Alamo collection is something that one could include in that. But I live in a very modest house. If you look at my (curriculum vitae) and what I’ve done, I guess I should have a bigger house, but I don’t. I’m on a corner, I’m very accessible. People, if they wanted to — they don’t in Switzerland — can ring the bell, and I answer the door. That surprises people, that I answer the door. Well, it’s my house. I know this sounds a little hard to believe, but I promise you it’s true.