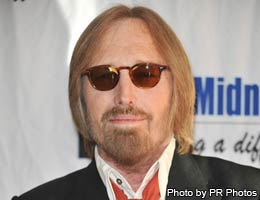 Creative success: How many music legends can inspire a major director, such as Peter Bogdanovich, to direct a documentary about them — that’s almost four hours long? Between solo albums, records with his band the Heartbreakers and the scratchy-voiced guitarist supergroup The Traveling Wilburys, Petty has sold more than 60 million albums with hits such as “Don’t Come Around Here No More,” “Runnin’ Down a Dream” and “Free Fallin’.”

Financial failure: By 1979, Petty had several hits, including “American Girl,” but not much money to show for it. When his record label was sold, Petty had a major problem with his contract simply being transferred from one label to another without his having any say in the matter. Not wanting to be “bought and sold like a piece of meat,” Petty self-financed his next album for around half a million dollars, then refused to let the label put it out. He declared bankruptcy to help get released from his contract, got his release, and then re-signed to the same label, MCA, for considerably better terms. In taking this shrewd tactic, he set an example many musicians have since followed.