“The Brady Bunch” they are not. Averaging 2.4 million viewers per episode of its first season, TLC’s “Here Comes Honey Boo Boo” lumbered itself onto the pop culture scene faster than you could eat a barrel of cheese puffs.

The reality show takes a look into the lives of the Thompson-Shannon clan, a Southern family of six (now seven with the new baby) with a sassy, gassy 7-year-old beauty pageant participant named Alana “Honey Boo Boo” Thompson.

We’re shown the family admirably sticking together and having fun despite just scraping by financially, though that was before a huge raise of up to $20,000 per episode from TLC after the first few episodes were such a hit.

Clearly, matriarch June “Mama” Shannon is doing something right — and like any good reality show, “Here Comes Honey Boo Boo” is a trove of practical advice for everyday living if you look in the right spot. No, not under the couch cushions. What are some of the financial do’s and don’ts to glean from this burping, sneezing, redneck family? 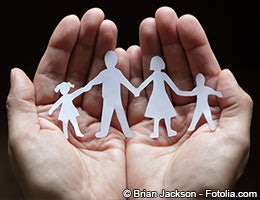 One gets the impression watching “Here Comes Honey Boo Boo” that Mama clearly loves her family and will do what it takes to make them happy.

Never mind that she lets Honey Boo Boo parade around on a stage in front of judges. And did she just call her 15-year-old daughter “Chubbs”? Even if it does seem quite unconventional for most of us, Mama makes sure her children are fed and have adequate housing — and above all are loved.

Mama appears to really have her family’s best interests at heart, even at the expense of greater riches. She has reportedly turned down offers for representation to avoid making the show about money or spending significant time away from the family. TLC also offered to provide their stars with a new home, but Mama turned that down as well in order to remain involved in her community. 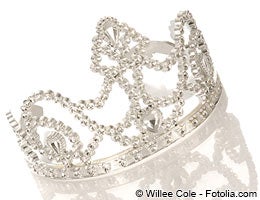 It’s hard to look away from a 7-year-old looking like she’s competing as a Cabbage Patch Kids doll that drank eight cups of coffee before running at full speed into a makeup counter. To be fair, Honey Boo Boo’s energy can be partially credited to her special “go-go juice” — a Red Bull and Mountain Dew concoction.

But the tot’s hobby of beauty pageantry is as pricey as it is unsettling. Larger pageants can cost up to $500 just to enter, not including the cost of gas and lodging to attend. The “glitz” dresses for the events can run up to $4,000, with additional costumes running up to $500. When Honey Boo Boo wasn’t darting those overly caffeinated eyes at the judges enough, she needed some professional coaching, which can mean another $50 per hour.

For a family on a budget, perhaps a normal, cheaper pastime — such as playing with friends — would be more prudent. At the very least, make sure your kid has an entrepreneurial drive to lighten the load. Apparently doubling as a lesson in diabetes, Honey Boo Boo opened up a lemonade stand to raise pageant funds, combining a “good 5 pounds of sugar” per 2 gallons of lemon juice.

The 7-year-old’s new niece has already competed in her first pageant at younger than 3 months old. That’s a pricey hobby for a baby.

A ‘Honey Boo Boo’ do: Couponin’ 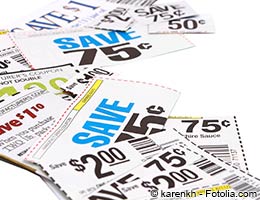 It’s easy these days for two people to spend $80 dining out for one night, yet Mama manages to feed her family of seven on that much for an entire week — and heartily.

“Honestly, we budget and I try to save money any way I can,” Mama said in one episode of the show.

Mama’s primary strategy is “extreme couponing,” which consists of scouring the Internet and local papers for the best deals and buying items in bulk. She describes it as an addiction that is better than sex, and when you hear her say it, you assume it’s true.

The key, according to Mama, is being able to double up manufacturer and retailer coupons for extra savings.

Of course, buying paper towels and toilet paper in an amount that would be appropriate if the world was ending means that your house will begin to resemble a bunker. The plastic shelves lining the walls of the Thompson-Shannon home are bent nearly to the point of breaking under the weight of Mama’s savings.

This is of course all in large part to fund the family tyke, so she looks most “beautimous” for her pageants.

A ‘Honey Boo Boo’ don’t: Eat on the road 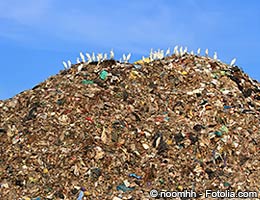 Trimming costs with coupons is one thing, but when you hear “Goodwill” and think “Bloomingdale’s,” heed the words of Jeff Foxworthy because “you might be a redneck.”

Incredibly, Mama and the gang embrace their shopping sprees to the local budget department “store,” otherwise known as the county dump, like a perverse Easter egg hunt.

Needing to cut still more corners to save at all costs, Mama concerns herself with the migratory pattern of deer over the interstate in order to complement the family delicacy of “sketti.” Essentially spaghetti with microwaved ketchup and butter, it simply isn’t sketti without some local meat — and there aren’t any coupons for road kill.

“It’s messy, but it does help save a lot of money,” said Mike “Sugar Bear” Thompson — Honey Boo Boo’s father — in one episode. “That way we can afford for Alana to do pageants.”

A ‘Honey Boo Boo’ do: Have cheap fun 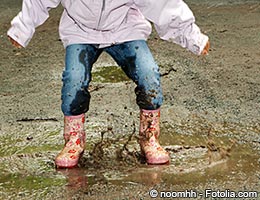 While they may not have the money to do super nice things, the Thompson-Shannon family can still laugh at themselves — and laughter is the best (free) medicine.

They also make do with the best that backwoods Georgia has to offer for entertainment and refreshment, which unsurprisingly includes belly flopping into mud and bobbing for pig’s feet at the “Redneck Games.”

To stave off the hot temperatures that come with a Georgia heat wave, the family has their own way of keeping cool without having to run to a local swimming pond — as Mama said in one episode: “Heat and big people don’t mix, period.”

A tarp doused with vegetable oil and dish soap, though? For this family, that’s a perfect marriage called the “redneck Slip ‘N Slide,” of course.

Lastly, there’s no rule that you can’t mix business with pleasure, even on a budget. Mama hits the Bingo tables for some high-stakes number-calling in hopes of augmenting the family funds with her winnings. And by family funds, we mean Honey Boo Boo’s next batch of go-go juice.

More On Celebrity And Children: