Celebrities and their rides: Birdman 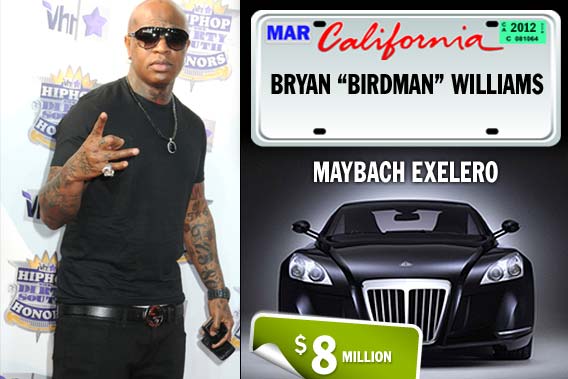 Birdman, American rapper and co-founder of Cash Money Records, (think Lil’ Wayne, Drake and Jay Sean) who according to Forbes grossed an estimated $15 million from May 2010 to May 2011 and has a net worth of $100 million, sure loves his vehicles. The Maybach Exelero is a one-of-a-kind car that can run at a top speed of 218 mph and can go from zero to 60 in only 4.4 seconds. This car joins other fast, lavish cars of the rapper. Others in his fleet include a $1.5 million dollar Maybach Landaulet and a red Bugatti Veyron worth $2.1 million. What more would you expect for the fourth richest hip-hop recording artist in the world?