Like choosing the winning lottery numbers or estimating the path of a hurricane, predicting recessions has always been a crapshoot. No one has a crystal ball, and those who get it right most likely just get lucky.

It’s “the voodoo science of forecasting,” as Jaime Peters, a finance professor at Maryville University in Missouri, puts it.

But data usually flashes red across the board. Unemployment edges up; consumer spending slows, and the financial system shrinks. When the U.S. economy is in a recession, it’s normally not too hard to tell.

That’s far from the case this time around.

Joblessness is at a half-century low and employers have created nearly half a million jobs each month on average, but the economy has shrunk for two straight quarters — qualifying as the typical rule-of-thumb for a downturn. Inflation is high and consumers’ feelings about the economy are near an all-time low, yet consumers continue to spend.

“Economic data is moving in opposite directions,” says Lawrence Yun, chief economist at the National Association of Realtors. “We could be in a mild recession, but it’s a very bizarre recession in the sense that people who are seeking a job should not have any problem finding one.”

When is the next recession?

No economist in Bankrate’s Second-Quarter Economic Indicator poll definitively said the U.S. economy was already in a recession — but they said the chances of one happening by the end of 2023 are basically a coin flip, at 52 percent. That’s up from a 33 percent chance in the prior quarter.

“High inflation and rising interest rates will place the economy on a knife’s edge of recession over the next 12 to 18 months,” says Bernard Baumohl, chief global economist at the Economic Outlook Group. “We have to brace ourselves for an economic downturn.”

But it’s anyone’s best guess for when the downturn might officially start. The Wells Fargo Investment Institute expects a “moderate” recession starting later this year and lasting through the middle of 2023. Strained supply and limited production could keep energy prices stubbornly high, they say, while the effects of the Fed’s 2.25 percentage points of tightening this year alone — so far — could start to be fully felt by then.

“Taken together, it just doesn’t bode well economically for the outlook,” says Sameer Samana, a senior global market strategist at the Institute. “Recessions, by default, are unnatural. They tend to be these interruptions within the broader uptrend of growth, and it does take a lot of things to interrupt that.”

Another reason why the most challenging months may lie ahead: Consumers could start to exhaust their stockpile of savings built up during the pandemic. Americans as of May had about $2.1 trillion in excess money, according to a Morgan Stanley analysis, but they aren’t saving as much as they used to. The rate at which consumers are stashing cash away each month is at its slowest pace since 2008, according to the Bureau of Economic Analysis. Lower-income households have already exhausted their savings, Morgan Stanley also found.

A Bankrate survey from February found nearly a third (29 percent) of Americans have had to dip into their savings because of inflation. Nearly 3 in 4 (74 percent) said it’s negatively impacted their financial situation.

A strong labor market would give consumers the wherewithal to keep spending, but the Fed’s supersized rate hikes are putting it at risk. In July, job cuts were up roughly 36 percent from a year ago, largely due to cost-cutting, with the biggest declines in automotives, health care and finance, according to data from outplacement firm Challenger, Gray & Christmas. New applications for unemployment benefits, meanwhile, are up 51 percent since the Fed’s first rate hike.

Federal Reserve Chair Jerome Powell has said he hopes businesses will remove job openings from the market before they lay people off, but all of that depends on how high officials have to hike rates to get control of inflation. More expensive borrowing costs slow the economy across the board by suffocating demand. Many times, that includes hiring.

“The duration is long enough in these challenging inflationary times that, eventually, it does catch up with the consumer,” says Jeffrey Roach, chief economist at LPL Financial. “A lot of this hinges on labor markets, a lot of this hinges on the stability that we really need to see out of Russia and Ukraine. We also need to see the Fed being mindful that we do have risks to the downside — so hence, the frontloading of their rate-hiking cycle can’t last too long.”

No doubt, it can also take a while for all data to point in the same direction — and by the time that happens, sometimes it’s already too late. Data is released with a lag and later revised. Meanwhile, employers tend to start cutting positions after a downturn is well underway.

The stock market isn’t real economic data, but stocks tend to be more forward-looking — and they have been behaving like they’re already living through a recession. The S&P 500 on Aug. 19 notched its fifth straight week in the green, but that was after it plunged more than 22 percent from its previous high in early 2022.

“From a Main Street standpoint, you might say, ‘Well, look, I see full airports, full restaurants. How can there possibly be a recession?’ At least history tells you, the consumer and the labor market will be the last to figure it out,” Samana says. “The restaurant you’ve been trying to get a reservation at for forever, they’re looking at different time horizons. That reservation may be for tonight when the market is looking 12 months out.”

How severe the recession feels depends on your individual experience

Everyone can also have different experiences with recessions. For those who are already enduring joblessness, it might feel like the downturn has already begun. A job hunt that takes months instead of weeks could be the difference between a moderate- and more severe-feeling downturn.

High inflation can also feel like a pay cut you might take if you had less bargaining power or worked fewer hours, two feats common during recessions.

The U.S. economy won’t be officially in a recession until the National Bureau of Economic Research’s Business Cycle Dating Committee says it is. But with consumers feeling poorly about their finances and uncertain about the economy, it might be economics’ most meaningless declaration.

“We all get caught up in the recession talk, but it’s also important to acknowledge the reality for Americans right now,” says Odeta Kushi, deputy chief economist at First American Financial. “The cost of living is too high — official recession or not. A recession might make that pain even more painful.”

Ask Bankrate: When will the recession end? Should I save or pay down debt? 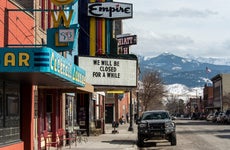 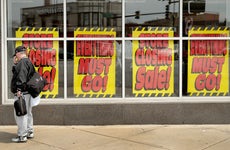 How likely is a recession by the 2020 elections? Here’s what top economists say 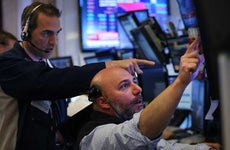