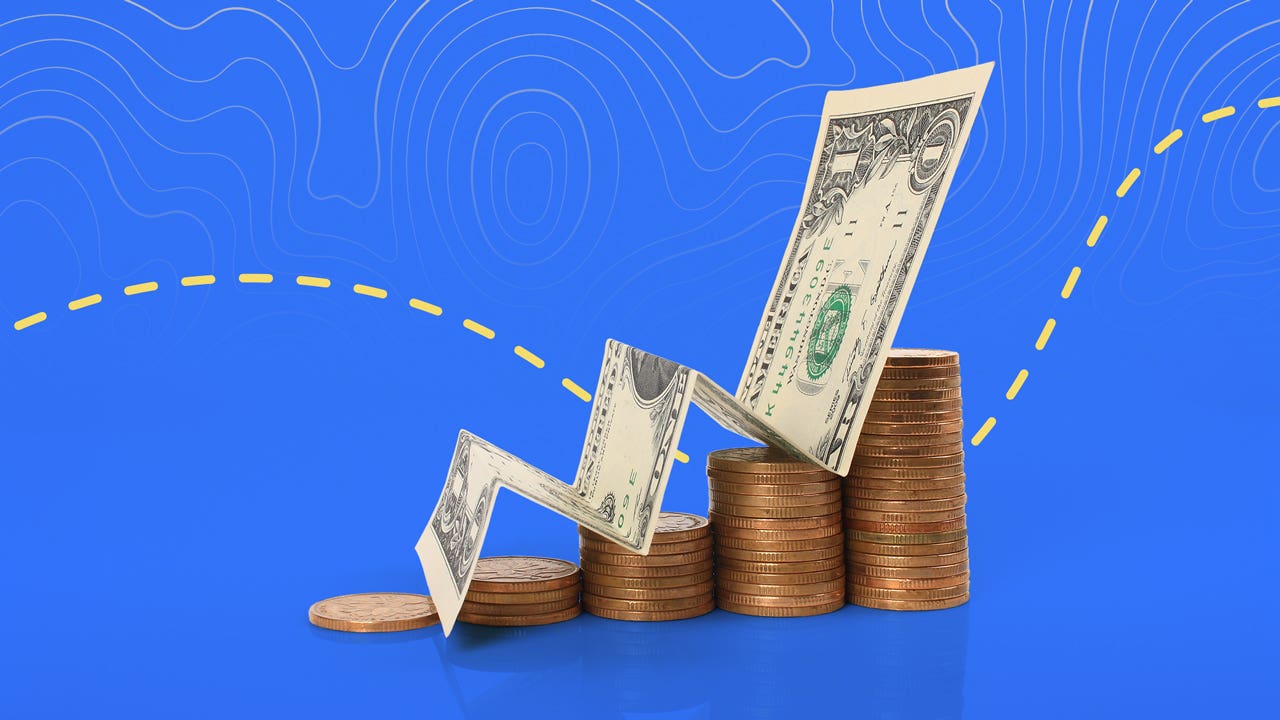 A CD ladder is a savings strategy where you invest in several certificates of deposit with staggered maturities to take advantage of higher rates on longer-term CDs, while still keeping some of your funds accessible in the near term.

With this strategy, you’ll redeem funds more often than if you put all of your savings in a long-term CD, while still reaping some long-term benefits.

Here’s an example of how to set up a CD ladder. Let’s say you want to build a five-year CD ladder with five rungs. If you have $2,500 to invest, then you might divide the funds equally into five CDs with different maturity dates:

When the first CD matures after a year, you can cash out or continue to build your ladder by reinvesting the funds into a new five-year CD with a higher yield. Then, when the two-year CD matures a year from now, use the proceeds from that account to open a new five-year CD. Continue the process each year for as long as you want to maintain the CD ladder.

The CDs don’t have to be the same amount, so you may opt to open each CD with varying balances to accumulate a higher yield.

As you build your CD ladder, there’s no obligation to open all of your CDs at the same bank or credit union. In fact, it’s a good idea to shop for the best CD rates for each term.

Benefits of a CD ladder

Drawbacks of a CD ladder

A CD ladder can help you build a predictable investment return. It also provides the potential to earn better returns than you would with a single short-term CD and the ability to access a portion of your savings each time a CD matures. The trade-off is you could risk losing to inflation in the long term. Plus, you’ll potentially lose out on better returns offered by other investment vehicles with greater growth potential.

Consider your reason for opening a CD ladder before committing to one. It could be a great fit for your short-term savings goals, but a long-term savings effort might require an additional boost from other investment vehicles.