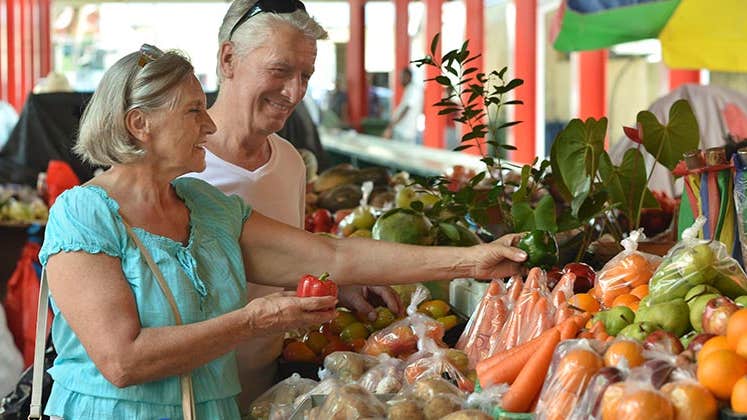 The recent announcement from Social Security about its cost-of-living increase has created intense controversy among those who will be affected most.

Retired Social Security recipients receiving the average benefit of $1,355 will get a measly 0.3% raise, or $5 per month more in 2017, according to the agency.

It’s better than last year, when recipients got nothing at all. But it’s not going to lift anyone’s lifestyle.

And people shouldn’t be in a rush to spend it because the increase will trigger a rise in Part B Medicare premiums. Some 70% of Medicare recipients are protected by what’s known as the hold-harmless clause, which prevents premium increases that exceed the increase in Social Security benefits. Since Social Security is going up about $5 per month, Medicare is also able to increase its premium by about the same amount for these typical participants. The exact increase hasn’t been announced yet.

The Medicare participants not protected by the hold-harmless clause, including high earners, those new to Medicare in 2016, and those not having Part B deducted from their Social Security, can expect much higher increases since they collectively have to pay the balance of the full premium increase.

After the Social Security COLA announcement, J. David Cox, president of the American Federation of Government Employees, immediately called on Congress to pass emergency legislation to prevent big increases in Medicare Part B premiums for federal retirees who are not covered under the hold-harmless provision.

“It isn’t as big as what we would like to have happen — eliminate the cap completely,” says Dan Adcock, government relations and policy director for the nonprofit National Committee to Preserve Social Security & Medicare.

“If you were to scrap the cap entirely, it would ensure solvency for Social Security,” he says. “Legislation which would phase out the payroll tax cap over 5 to 10 years would reduce the long-term 75-year budget shortfall by between 70% and 80%.”

Both workers and employers will each continue to pay a maximum rate for Social Security and Medicare of 7.65%, or 15.3% combined, up to the new cap. The self-employed will pay the full 15.3%. For earners making more than $127,200, there is no maximum on the Medicare contribution, which is 2.9% (1.45% each for workers and employers).

Workers who get Social Security benefits

Workers who are younger than full retirement age, currently 66, can earn higher wages next year without getting Social Security benefits withheld. The maximum earnings amount goes up from $15,720 in 2016 to $16,920 in 2017. Above these earnings levels, Social Security will deduct $1 from benefit payments for every $2 earned above the limit.

FREE TOOL: Use our calculator to estimate your Social Security earnings.

How benefit increases are calculated

Social Security benefit increases are based on inflationary increases in the consumer price index for urban wage earners and clerical workers, or CPI-W. The index measures changes in the price of food, housing, clothing, transportation, energy, medical care, recreation, education, and other goods and services.

If you are a Social Security recipient who thinks that this calculation must be wrong based on your own bill-paying experience, you’re not alone. Lots of policy experts say this government-mandated index underestimates what older Americans pay for necessities, especially health care.

“It’s going to be reformed because legislators hear this a lot from their constituents,” says Benjamin Veghte, vice president for policy at the National Academy of Social Insurance.

Veghte speculates that the upcoming election might change the balance in Congress and make reforming Social Security sooner more feasible. “If the Democrats are in control, it will be easier,” he says. “Sooner or later (reform) is going to happen. It happened in 1983 (under Republican President Ronald Reagan) and it is going to happen again,” he said.

Not everybody sees it the same way. “People’s perception of inflation is usually wrong,” says Andrew Biggs, resident scholar at American Enterprise Institute, the conservative think tank. “No matter how you measure it, we’re not seeing huge increases in inflation. People want more benefits and there are special interest groups out there that profit by catering to that. They are egging these people on.”