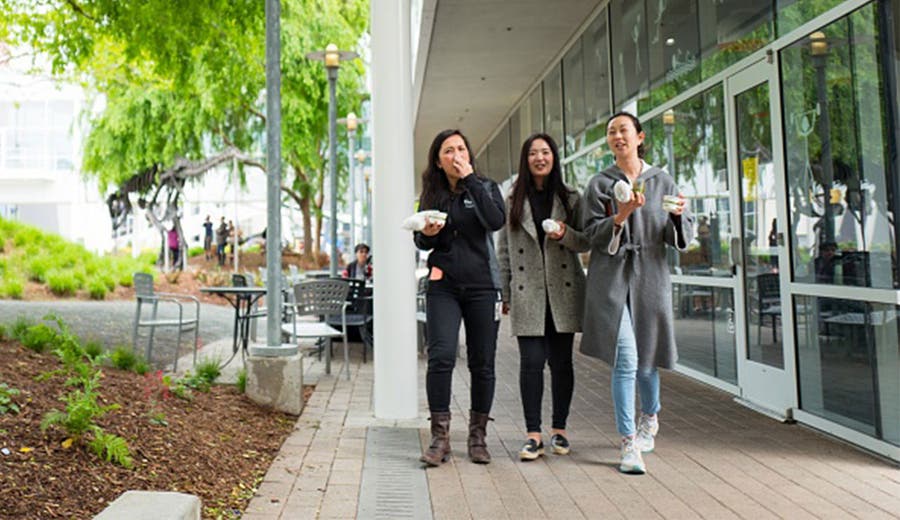 Millennials are stuck in a conventional wisdom Catch-22 when it comes to saving and investing.

They’re frequently mocked in the media as an avocado-hoarding, latte-sipping mob spending every marginal dollar on trinkets, while simultaneously displaying comical levels of cautiousness when it comes to their investments and savings.

In truth, millennials are simply scarred by the Great Recession, the formative event of their adult lives, and are circumnavigating life’s major financial milestones—from buying a home to saving for retirement—with extreme care.

This impulse carries clear downsides. Unhealthy risk-aversion, for instance, can undermine your ability to fund retirement. You can’t avoid the stock market if you want a hearty 401(k).

But a fear of biting off more than you can chew also helps you sidestep landmines that can destroy your savings. And that might be a good thing.

Most millennials entered adulthood as the financial world was coming apart at the seams. The housing crisis was tanking the economy, stocks, and home prices—even as tuition inflation was pushing student loan balances to all-time highs.

The Federal Reserve, in an effort to stimulate the economy, had reduced interest rates to nearly zero for the better part of a decade. That helped slowly lift the country out of recession, but it also dramatically lowered yields on CDs and savings accounts.

Meanwhile, millennials were having a very challenging time finding lucrative work. They were burdened by debt, and whatever savings they did accumulate earned very low returns.

And yet they adapted. Take a recent survey from Bankrate which found that three-quarters of those aged 18 to 26 who limited their spending did so to increase their savings rate.  That dovetails with a Merrill Lynch report, which found that more than half of mass-affluent millennials between the ages of 18 and 34 with assets from $20,000 to $50,000 said they’re willing to go out less in order to save more.

And they are cautious investors

This extends to how millennials investment decision. They’re distrustful of stock market vicissitudes. A separate Bankrate survey found that cash—rather than stocks or real estate—was the preferred investment vehicle for millennials. Meanwhile, more than half in a recent Wells Fargo survey claimed they will never be comfortable with investing in the stock market.

The aftermath of the Great Recession, according to Merrill Lynch, continues to play a significant role. Millennials have delayed taking out mortgages and starting families in large part because those are very expensive enterprises. In other words, they don’t want to take on extra risk.

But millennials are saving for retirement

Yet millions of millennials will still buy stocks and bonds, through 401(k) programs at work.

When it comes to investing in tax-preferred accounts, millennials are pretty much where they should be. A study of more than 26 million 401(k) accounts by the Employment Benefit Research Institute found that equities made up around 80 percent of the portfolio for workers in their 20s and 30s. Other studies found similar results.

You can thank the avalanche of new employees being automatically enrolled in an age-appropriate target-date fund in their company’s 401(k). These mutual and exchange-traded funds are an all-in-one option that own a mix of stocks and bonds, more stocks when you’re older, fewer when you near retirement.

This represents one of the chief benefits of graduating into the teeth of a bear market. Young workers were able to start contributing to their retirement accounts when stocks were at their low point.

Millennials have the right mindset

The common denominator of most of these surveys is that millennials aren’t expecting a lot of outside help. They have diminished expectations.

A third are pushing back the decision to have children to shore up their finances, the Merrill Lynch survey found. Only one in six millennials believe they will be able to rely on Social Security in 20 years. More are counting on savings than what’s in their 401(k) for their financial security.

Of course, that doesn’t mean they’re right. True, Social Security faces funding challenges down the line, but even if Congress doesn’t eventually step in to fix them, the insurance program isn’t going away. Rather recipients would get around 75 percent of what their parents would have gotten.

And millennials will almost certainly care more about their 401(k) in 30 years than whatever’s in their savings account. They’ll quickly fall in love with compound interest, if they haven’t already.

But that’s not really the point. A belief in caution may keep many from making poor decisions. They might not buy a home they can’t afford, or take out that extra credit card to buy a T.V. they don’t really need. A five-figure student loan I.O.U at the beginning of their career may condition them to the downsides of debt.

As long as millennials are properly allocating risk in their retirement funds, a little extra cash in your taxable accounts is no big deal.

Even if they splurge on the occasional piece of avocado toast.