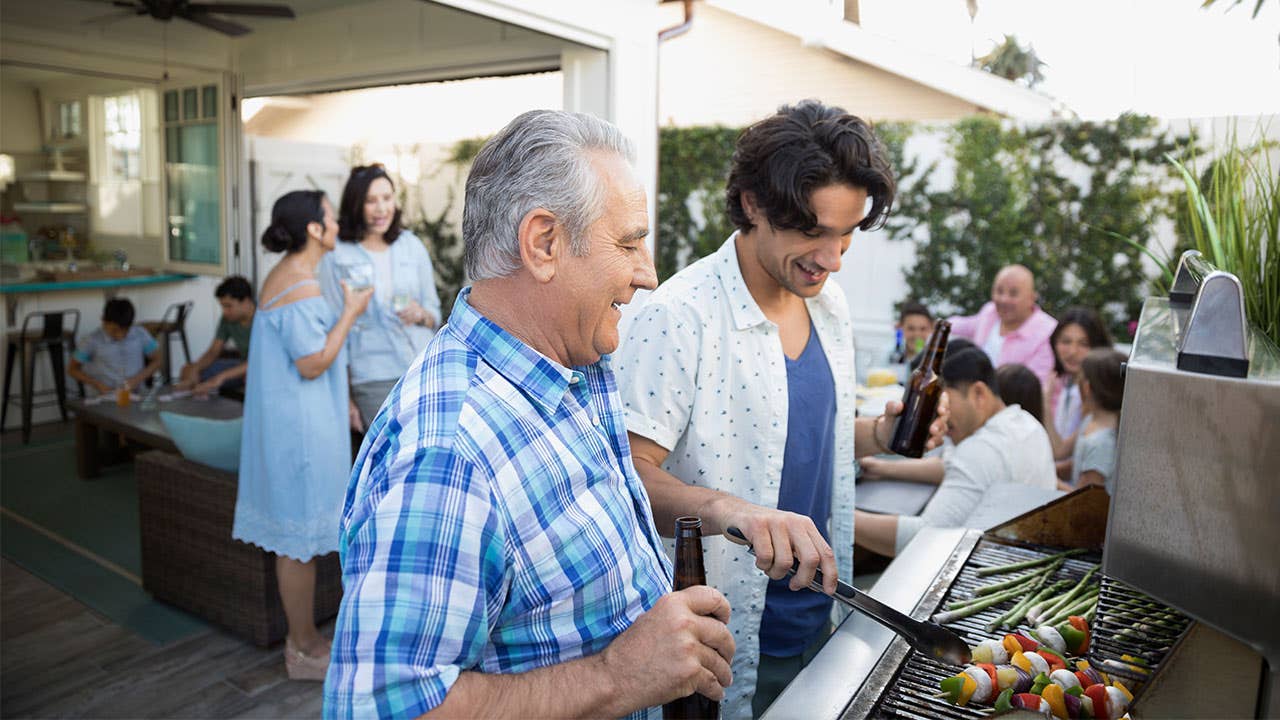 An increasing share of American millennials are living with mom and dad instead of starting their own homes, even as the economy has recovered since the great recession, according to a new analysis of federal data by the National Association of Home Builders.

Access to home-cooked meals and family photo ops are probably not the main drivers for 25- to 34-year-olds staying in the nest despite low unemployment rates and modest pay gains. Instead, ever-increasing housing costs and personal debt are largely to blame for the missing millennial-led homes, economists say. 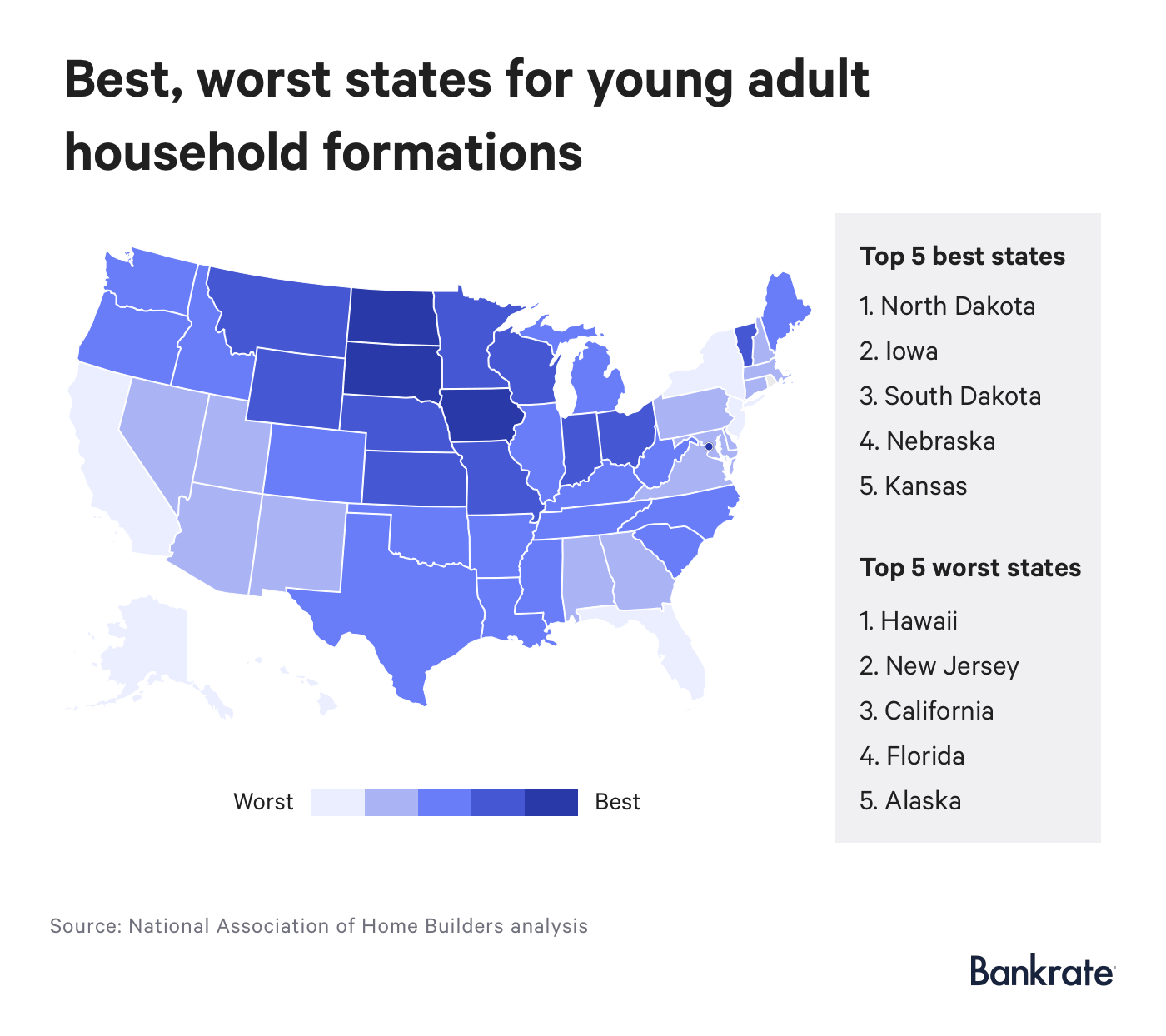 But Siniavskaia found just 40 percent of those ages 25 to 34 led their own household in 2016, and that number has been dropping steadily from 46 percent in 2000. The missing 6 percentage points equates to roughly 2.4 million would-be households, according to an estimate released this month.

“This story is quite different in different states,” Siniavskaia says. “There are states where headship rates for this age group are north of 50 percent, such as North Dakota and Iowa. And there are states like California and Florida where young adults are much more likely to live with parents.”

States with more expensive housing markets have a smaller share of 25- to 34-year-olds leading homes. California, New Jersey, Florida, New York and Hawaii are consistently among the least affordable places to live and have the lowest headship rates, some of which are well below 37 percent, according to NAHB.

A recent Bankrate survey revealed that most Americans think 28 is the ideal age for purchasing that first house. And more than half (56 percent) of millennials still think owning a home is part of the American Dream, according to The Bank of the West 2018 Millennial Study.

Although the number of young adults who believe owning a home is an ideal slid 3 percentage points from the year prior, homeownership still takes precedence over being debt-free, retiring comfortably or even pursuing a passion, according to the Bank of the West study released in July.

The study of 21- to 34-years-olds found that about four out of 10 millennials (42 percent) are homeowners already. Of that group, over two-thirds (68 percent) reported regrets about how prepared they were to handle the maintenance costs, limitations on storage and living space and other factors involved with the home-buying process.

“Millennials are so eager to become homeowners that some may be inadvertently cutting off their nose to spite their face,” said Ryan Bailey, head of the retail banking group at Bank of the West.

Bailey called it “alarming” that nearly one in three millennial homeowners have dipped into their retirement nest eggs to finance their down payment, suggesting some younger adults would be wise to save up and wait.

“A white picket fence can certainly be a smart investment. To avoid buyer’s remorse, millennials should cover their bases and kick the proverbial tires — reflecting on their physical and financial wishes for a home before they sign on the dotted line,” he said in a statement.

A change could be underway

There is a slight lag in the U.S. Census Bureau data that Siniavskaia used for her analysis, so she’s waiting to see if 2017 numbers show an uptick in homeownership rates for this age group.

“As the economic situation continues to improve it should give more stability and confidence to younger adults to buy their homes or leave parental homes,” she says.

Housing Vacancies and Homeownership data from the Census — based on a smaller and therefore less statistically reliable sample — showed overall homeownership increased for the first time in 2017 since 2004, from 63.4 percent in 2016 to 63.9 percent last year.

The homeownership rate for those younger than 35 mostly followed the national decline since 2004, except for a small increase from 2012 to 2013. But last year homeownership for younger adults rose from 34.5 percent to 35.3 percent, according to the federal data.