In troubled economic times, some homeowners may unfortunately fall behind on their mortgage payments. Someone who is on the brink of losing their home may find themselves in the midst of a judicial foreclosure, a legal process in which a home is reclaimed by the lender via the court system. Here’s everything you need to know about how judicial foreclosures work.

In any home foreclosure, the lender takes back the property after the homeowner misses multiple mortgage payments. In a judicial foreclosure, this process is done through the courts — ie, the judicial system.

Judicial foreclosure requires the lender to file a lawsuit against the borrower to satisfy the unpaid mortgage loan. Lenders typically cannot take this step until 120 days after the first missed payment (in other words, after the fourth consecutive missed monthly payment). If the court finds in favor of the lender, the lender will typically schedule an auction to sell off the property.

This type of proceeding is permitted in all states, but it is actually required in about half. The states that typically require judicial foreclosure are:

While the process varies by state, in general lenders pursue the following course of action to initiate a judicial foreclosure:

One caveat: Things might proceed very differently if the borrower in default is an active member of the U.S. military. There are federal foreclosure protections in place for active service members, which may change this timeline significantly.

How long the process takes

The judicial foreclosure process is quite extensive and requires many court filings, procedures and waiting periods. The entire process, from first notice to completion, can take several years.

According to ATTOM Data Solutions, properties that were foreclosed in the second quarter of 2022 took an average of 948 days, or about two-and-a-half years, to be completed. Many of the states with the longest average foreclosure timelines were judicial-foreclosure states, including Hawaii (2,619 days), New Jersey (1,984 days) and Louisiana (1,901 days).

A judicial foreclosure is a legal method by which a mortgage lender can recoup their losses if a borrower defaults on their loan. Facing one is a long and agonizing process for any homeowner. If you are in financial distress and receive a notice of intent to foreclose, do not ignore it — talk to your lender. The Department of Housing and Urban Development (HUD) also offers housing counselors and programs that may be able to help. 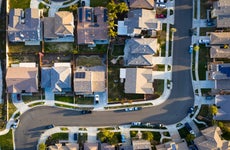 What is a foreclosure? How it works and how to avoid it 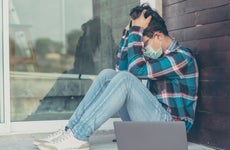 What is a short sale? 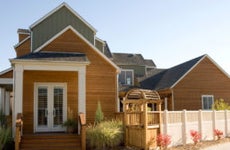 What’s the difference between a mortgage and a deed of trust?