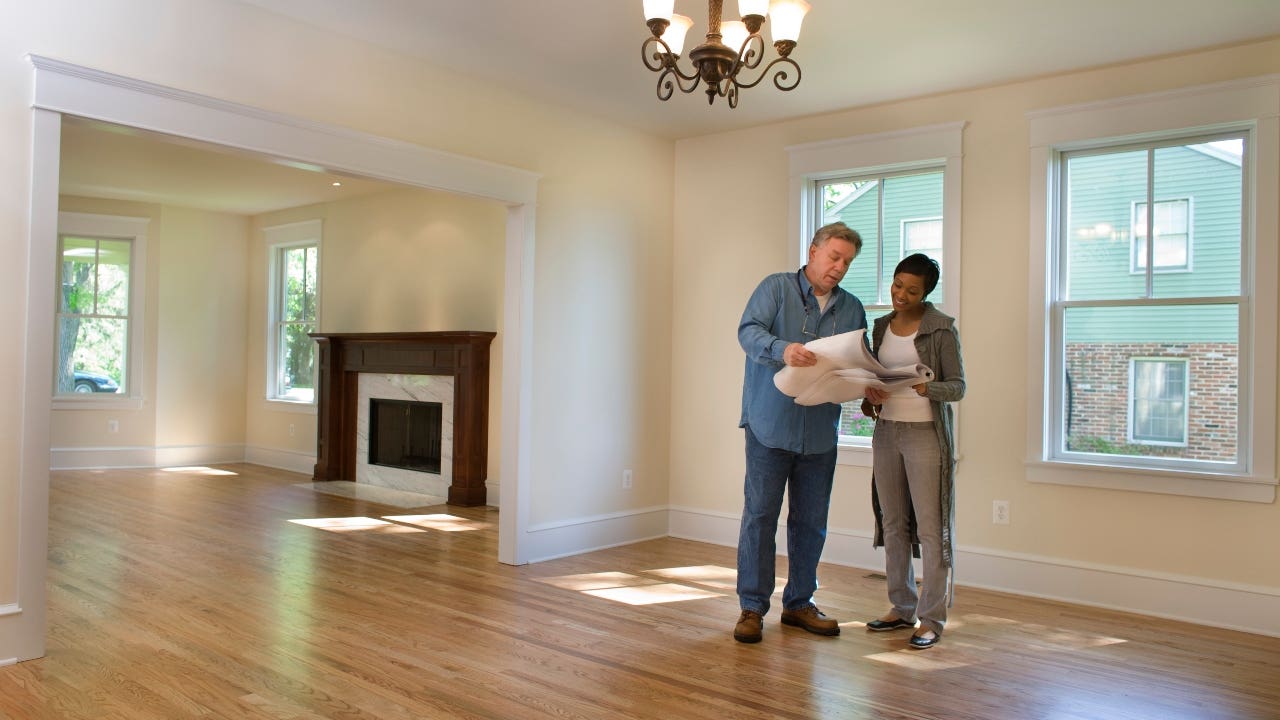 Whether you’re building a home or making major changes to one, there’s a good chance you’ll need to get a building permit. The cost of a building permit ranges based on a number of factors, and it can significantly add to the overall cost of a project. Here’s what you need to know.


How much does a building permit cost?

On average, building permits can range from $50 for small upgrades on up to $2,000 or more for major builds or remodels. The cost depends on the location of the project and the project itself, so this expense can vary dramatically.

“Costs are all over the board,” says Mindy Jensen, a Colorado agent and house flipper who serves as a community manager for BiggerPockets, a real estate investing website.

To find out exact costs, Jensen recommends contacting your city’s building department ahead of time and asking what the requirements are. If you’re completing a second-story addition, for example, you might need to show the building department the plans and have them approved by a structural engineer.

“Every city is different, even within counties inside a state,” she says.


Why are building permits required?

Don’t make the renovation mistake of forgetting a building permit. Whenever you build a new home or make substantial changes to an existing one, the jurisdiction the property is located in will likely require a permit. Permits allow your local authority to monitor changes to properties, and provide for some degree of uniformity in new construction or upgrades so that homes meet a similar standard or code.

Different jurisdictions have different requirements, however. Some won’t require permits for projects like replacing kitchen cabinets, but if you have to open up walls, for example, there’s a high likelihood you’ll need a permit. It’s always best to check with your local permitting office before undertaking any project that requires significant work, Jensen says.

In general, the most common kinds of building permits are those related to opening a wall or building some type of new structure. According to Jensen, you’re most likely to need a permit for:

You don’t usually need to get a permit for drywall, but it’s going to be part of the process in many cases, Jensen points out. For instance, she says, “you’ll have to install new drywall when you finish plumbing or electrical work. You can also check with your city’s permit department to find out if they have general permits, like a basement finishing permit, that covers all the things you might need to do throughout the process.”


How long does getting a permit take?

Like the cost, the length of time it takes to get a building permit depends on location and project. For small projects, you may be in and out of the permitting office the same day, Jensen says. For larger, more complicated projects, it can take several months.

Additional sign-offs can cause delays, too. If you’re planning to add a second story to your home or build an addition, for example, you might need to have an environmental analysis, or present plans drawn up by an architect.

Just having a permit isn’t the end of the process, either. You’ll also be subject to inspection at various points. Using the drywall example, you’ll need an inspector to look at plumbing or electrical work behind the wall before you install drywall. The inspector will come back again when the project is finished, and the permit will not be closed until the final inspection is complete.

“You need final approval to close the permit — leaving it open means you haven’t met the requirements,” Jensen says. “It’s not just about getting permission to make big changes; it’s about making sure the work won’t endanger the next person to buy the house.”

Should I hire someone to pull a permit?

It may make sense for you to hire someone else — an expert or expediter — to pull a building permit for you. “There are cities where it’s hard to get a permit, and a lot of complicated steps,” Jensen says. “Start by looking at how complicated the process is. Hiring someone who knows the system can help you get through that, and maybe even get your permit faster.”

In general, you can expect to pay a permit expediter around $60 an hour, but there might be other fees or minimums to meet on top of that. If you have a general contractor working with you on a major building or remodeling project, you may be able to get the cost of building permits rolled into the overall project cost, with the contractor ensuring that all proper permits are obtained.


What if work was done without a permit?

There aren’t usually immediate consequences if you complete work without a building permit. However, the issues tend to come later.

“If you don’t get a permit and something happens, your insurance might not cover the damage,” Jensen says. “[Say] you do some plumbing work, and there’s a water leak and damage. The insurance company checks to see if your upgrade was permitted. If it wasn’t, they can deny the claim.” Not having a permit for renovations you’ve done can also affect the sale price of your home in the future, or even your ability to sell it.

Remember that it’s not enough just to get the permit; you also need to have the final inspection to close it out. “If you don’t close out the permits, you might have to do a lot of work to bring it up to code later,” Jensen says. “A home inspector for the sale can require you to spend a lot of money to do the work that should have been done differently.”

Unpermitted work runs the risk of uninsured damage, or worse, difficulty selling your house when you’re ready to move on. Ultimately, it’s best to err on the side of caution. “If you have to ask yourself whether you need a building permit, the answer is probably yes,” Jensen says. “Your building department can tell you exactly what you need.”