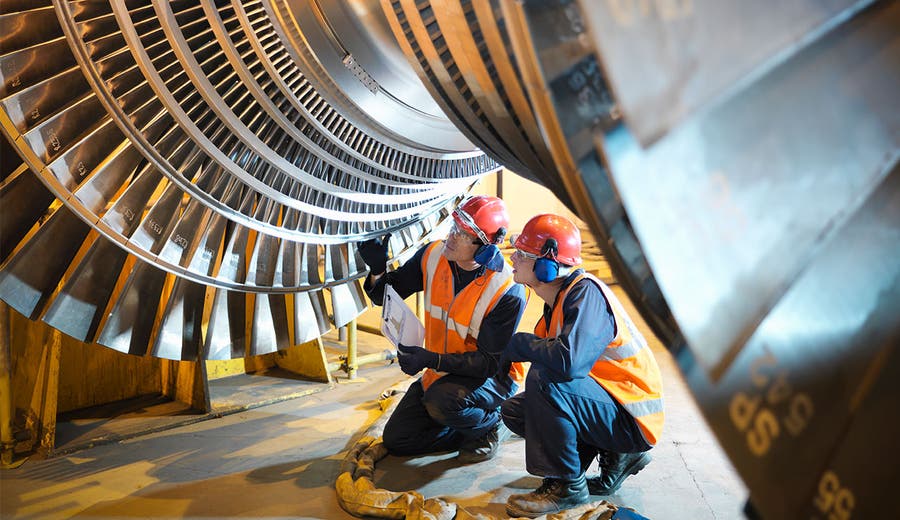 The U.S. economy added fewer jobs than expected in February, while wages picked up more than forecast and the unemployment rate fell, fueling fears that the job market may have reached its peak and that the expansion could be losing steam.

U.S. nonfarm payrolls increased by 20,000, a Labor Department report showed Friday. That’s the weakest gain since September 2017. The median estimate among economists called for an increase of 180,000 jobs, according to a Bloomberg survey.

Meanwhile, the jobless rate edged down to 3.8 percent, near a 50-year low, while wages rose on an annual basis by 3.4 percent, the fastest pace of growth of the expansion. December and January nonfarm payrolls — two back-to-back months where growth breached a whopping 300,000 — were both revised up.

Though February’s report still marks 101-straight months of job gains, it complicates an already cloudy picture amid trade tensions, fading stimulus from the Trump administration’s tax cuts and weakening growth abroad. It also reinforces expectations that the Federal Reserve will not be raising interest rates when they next meet in two weeks. Treasuries rose, while futures fell upon the release, with the Dow down for a fifth-straight day.

Still, it’s too soon to panic about the job market, says Sarah House, senior economist at Wells Fargo. After revisions, job gains have averaged 186,000 per month over the last three months, which “is still plenty robust,” she says.

“This is a volatile survey. I’d like to put an exclamation point on that,” House says. “Just like last month, I cautioned about getting too excited about that 300,000-plus print. Now, I caution about being too dejected or too disappointed with 20,000.”

What caused the weak headline number?

February’s report likely contains a lot of noise, economists say. Seasonality, moderation from enormous gains in the previous two months and even lingering effects from the lengthy government shutdown could all be factors to blame for the weaker-than-expected job growth.

Declines were concentrated in the construction sector, which lost 31,000 jobs in February after previously gaining 53,000 in January, the employment report showed.

The retail sector lost 6,100 jobs in February, which could also be chalked up to weather. But it might also be a lingering effect from the lengthy government shutdown, says William Spriggs, chief economist at the American Federation of Labor and Congress of Industrial Organizations who is also an economics professor at Howard University.

Though the standstill in Washington did cause both the underemployment and the unemployment rates to rise, employers added more than 300,000 new positions in January. However, “you can’t have hundreds of thousands of people not getting paid and think it’s not going to affect” job growth, Spriggs says.

“The shutdown drastically slowed consumption,” he says. “You hire people because you see continued demand, but when demand freezes, then you freeze on hiring. If you’re a retailer, you’ve seen the market dry up.”

The manufacturing sector, meanwhile, added 4,000 jobs in February, but that’s also the smallest gain in nearly 18 months. Unresolved trade agreements between the U.S. and China, as well as slowing growth abroad likely weighed on this sector, House says.

Despite this weaker-than-expected job growth, the report offered some bragging points. The unemployment rate edged down to 3.8 percent, near the lowest level since 1969, while wages on annual basis grew by 3.4 percent, the fastest pace of the expansion.

“The fact that wage pressure is continuing to strengthen is another signal that the labor market is indeed tight and that businesses are having to pay up,” House says.

But even then, the pickup in wages won’t be enough to lift inflation and steer the Fed away from its course for patience, Spriggs says. Wage gains have still been relatively slow throughout the expansion, and a recent report from the Department of Commerce showed that the Fed’s preferred gauge of inflation is holding below the central bank’s target.

“The Fed will likely hold its breath,” Spriggs says. The jobs report “is just another sign that the gears are shifting. The question becomes how long that can be sustained.”

The volatility also reaffirms the importance of the Fed’s patience, writes Stephen Stanley, chief economist at Amherst Pierpont, in a note.

“The Fed picked a great time to go into hibernation,” Stanley says, “as policymakers have the luxury of being ‘patient’ and letting all of this volatility — whether it is caused by winter, the shutdown, random noise, or whatever — wash out.”

Next steps for consumers, investors

Slower economic growth may mean it’s time to start building up a defense, says Jeff Carbone, managing partner for Cornerstone Wealth. If you have investments, that means diversifying your portfolio to include safe alternatives that moderate against any market volatility.

Think about adding investments in real estate or commodities, he says, or even buying a certificate of deposit. Take advantage of high-yield savings accounts offering returns that outpace inflation for the first time in a decade.

“We’re definitely later in the phase of the business cycle. I don’t see a recession for 2019, but the jobs report is just another indicator of that slowdown that we’re seeing,” Carbone says. “That doesn’t mean there’s not still opportunities to make money. But it’s about being more selective, being more patient, and having more balance with one’s portfolio. The biggest thing is remembering investing is not for the short-term. It’s for the long-term.”

Take advantage of the strong economy while you still can, says Mark Hamrick, Bankrate’s senior economic analyst. That means building up your emergency savings, paying down debt and building your network of professional contacts in the event of unemployment.

“It is like buckling a seatbelt before we experience true turbulence,” Hamrick says. “One way or the other, the economy will slow, which appears to be the case here at the beginning of the year.”

It’s hard to say whether job gains of merely 20,000 are the new normal for the U.S. economy, but the report does point to signs of a slowdown in the job market, something that economists have been anticipating for the economy as the expansion nears its 10-year anniversary.

Bankrate’s First-Quarter Economic Indicator Survey found that economists expect an average of 165,905 jobs to be created each month this year. Job growth averaged 223,000 per month last year, according to the Department of Labor.

“Moderation in job growth once we filter through the noise is the main takeaway,” House says. “It confirms that we’ve seen the job market begin to cool a little bit.”