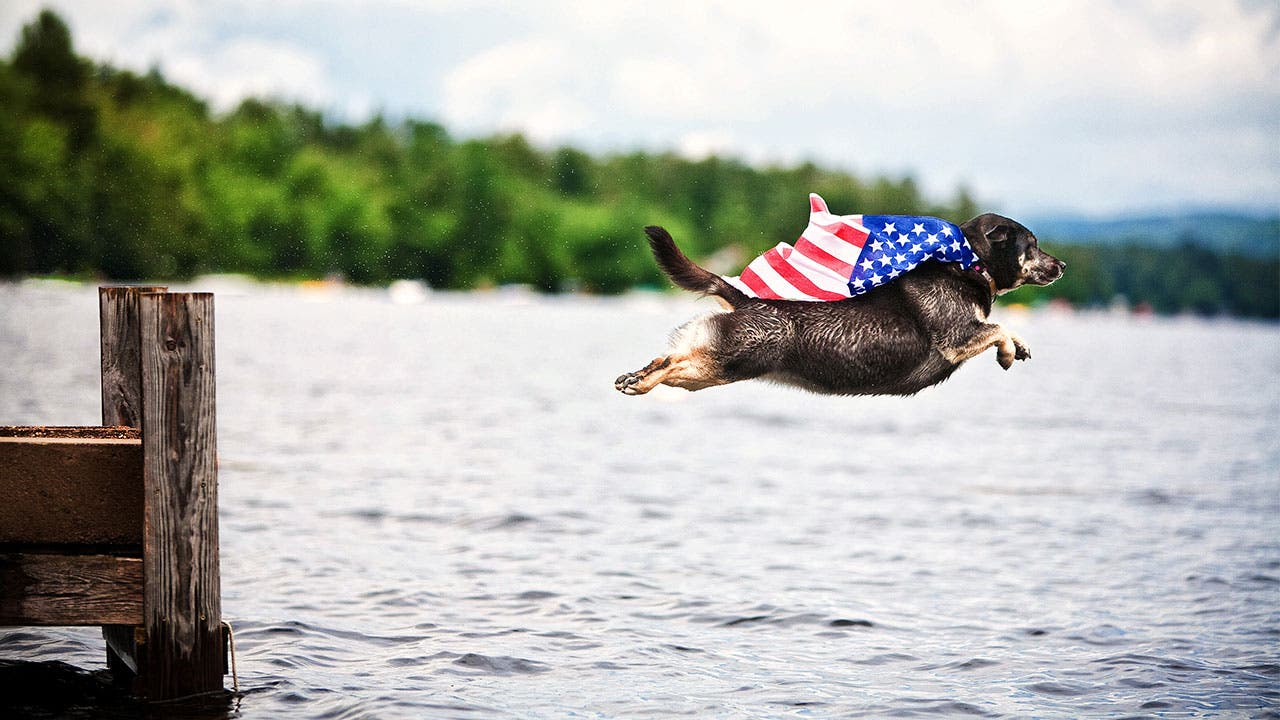 Finally. A summer holiday weekend. The days seem brighter, and your dance cards are filling up with happy hours, weekend barbecues and getaway planning. The money leaving your bank account, however, might be at risk of bursting your budget.

If you’re spending more than you typically do, take a deep breath and don’t beat yourself up. It’s life, and thorny financial obstacles abound. The important part is to try to get back on track. Whether it’s to pay down one credit card or to save a couple hundred dollars, you can start taking baby steps toward declaring your financial independence today.

“There is no wrong way to approach it,” says Lauren Anastasio, a CFP and financial planner at SoFi, a personal finance company. “It’s really just a matter of making a decision that you’re going to make your finances a priority.”

To help you get started, here are eight ideas to command your money this summer while still having fun.

1. Revisit your financial goals (or set new ones)

On New Year’s Day, you may have jotted down a goal to save more money or to pay off your debts in 2019. Well, if you’re like many of us, your financial resolutions vanished several months ago. The good news is it’s not too late to make progress on them before next year arrives.

First, revisit your goals: You want to remind yourself of what you want to accomplish before letting your budget go on a wild whimsical ride this summer.

“If people remind themselves that they had this goal in the beginning of the year and if they continue to work on it now, they may have accomplished it before the beginning of next year,” Anastasio says.

Here, you may also discover that your needs or objectives have changed. If your old goals aren’t relevant, adjust them — including their deadlines.

“People often put a lot of pressure to get things done by the end of the year, but that’s really not how financial independence, or personal finance in general, works,” says Pamela Capalad, CFP and founder and financial planner at Brunch & Budget.

2. Break down your goals into smaller victories

Personal finance experts often often urge you to set aside three to six months of living expenses into your savings account. But there is a good chance that sounds overwhelming.

“For a lot of people, they calculate that number and they’re like ‘Well, that’s never going to happen,’” Capalad says.

To make a savings goal feel possible, break it down. To begin with, try saving $400. When you achieve your goal, celebrate your victory and declare your next savings goal. And so on. The idea is to build a habit slowly but surely.

If you are trying to break free from debt, take a similar approach. Start smaller. If you have multiple credit cards, don’t pay them down equally. Pay all of their minimums. Then, pick the card charging the highest interest rate and make an extra payment on that card. The idea, of course, is to hit bitesize milestones, so the task feels less daunting.

Importantly, stay focused on one thing at a time.

“Do one thing to move closer to financial independence,” says Charles Sachs, a CFP and an ambassador for the CFP Board from Miami.

One idea? He suggests committing to save at least 10 percent of your income — you could do this through your company’s 401(k) plan if it offers one. If it doesn’t, you could open and fund an IRA.

So, you want to catch up with a friend this summer rather than deal with your finances. Consider doing both at the same time.

As part of your hangout, you could talk about your financial goals with two or three close friends and perhaps do a vision board. Then, you can hold each other accountable in the weeks and months to come. Think of it as a buddy system for your personal finances. As you talk about a subject that many feel uncomfortable about, you may feel liberated.

“We assume that it needs to be, ‘I’m going to do this by myself in a dark room over candlelight kind of thing,’ when the reality is you can make this a social thing,” Capalad says. “You can go out with your friends or you can have friends over.”

4. Trick yourself into healthy habits

“That way, it’s like a little bit like you’ve spent money. It’s gone,” says Kristin O’Keeffe Merrick, a financial adviser with O’Keeffe Financial Partners LLC. “You don’t see it, and therefore, you are not as quick to spend it.”

If you need an extra helping hand to ease into the habit, consider using a mobile app designed for the task. For example, Fifth Third Bank’s Dobot is a free app that will automatically move small amounts of money from your checking into your savings every few days.

Once you have built some savings, consider moving your money into a high-yield savings account to make money on top your money.

5. Get a side hustle (but not for the reason you think)

You may want to start a side hustle you’ve been daydreaming about — not only to boost your income, but to have a backup plan.

“When it comes to financial independence, I’m a big believer in having multiple streams of income,” Capalad says. “One of the riskiest things that we are told to do is to only have one stream of income and to only have one source where we get our money.”

Explore your other skills and try to monetize the ones you enjoy pursuing. If you’re unsure of how to get started, here are 10 passive income ideas and what they require to be successful.

6. Profit off the season changing by selling items you no longer wear

If you’re concerned about the time commitment that a side hustle might involve, choose one where you are in control of how much or how little time you put into your income booster.

Since you’re likely transitioning your wardrobe from jeans and sweaters into a summer wardrobe, you may want to consider selling some of your old items that no longer want on an app like Poshmark or Depop.

“With the transition in seasons, this is an opportunity for a lot of people to tidy up their finances just like they are tidying up wardrobe,” Anastasio says. “It can be a really fun way to supplement your income.”

Before saying yes to a social outing, be brutally honest with yourself about how much the event will cost you. Sure, you may think a weekend away at your friend’s lake house is cheap, but you might forget about how the smaller costs add up.

“‘I’m bringing a bottle of booze. I’m stopping at the bakery. I’m taking the train. I’m picking up whatever,” O’Keeffe Financial Partner’s Merrick says. “Then, the next thing you know is that you’ve spent $300 on this weekend that you thought was going to be cheap.”

To avoid getting caught off guard, Merrick recommends taking a more mindful approach to your spending habits. If you respond well to tracking apps like Fitbit, you may want to try using a budgeting app, like Mint. If you prefer an old-school method, create your own Excel spreadsheet or write in a journal.

“Everybody has a bit of a personal journey on what helps them,” Merrick says.

Whatever method works best for you, challenge yourself to cut back on something you don’t need or want. Then, allocate that money into your savings instead. Here, also consider a subscription you pay for but no longer need or use. You can use an app like, Trim, to help you find ways to save on subscriptions and other bills.

8. Invest in your future to avoid a savings regret

Part of taking charge of your money is also to avoid regrets later in life. According to a Bankrate study, more than half of Americans with financial regrets wish they had saved more.

If you already have money parked away for emergencies, consider your next power move: investing for your future. It doesn’t have to be scary, especially if you are investing for a longer time frame.

If it’s your first time investing, consider a robo-adviser like Wealthfront or Betterment. They offer low-cost financial advice, and you can easily sign up for accounts online. They will create a diversified portfolio for you based on factors you tell them, such as how much risk you’re willing to bear.

When you’re just getting started, you may only want to invest a smaller amount of money to see how you react when your money moves up and down. Remember, only invest in what you can afford to lose.

Read Bankrate’s brokerage reviews to find the right one for you.