Amid higher mortgage rates and a cooling housing market, some home sellers are wooing buyers with a freshly popular incentive: paying for a temporary reduction to the buyer’s mortgage interest rate.

Why are buydowns popular now?

In one common scenario, known as a 2/1 buydown, the seller pays to cut the buyer’s mortgage rate by 2 percentage points for the first year of the loan and by 1 percentage point for the second year.

As rates have surged to 7 percent, that buydown helps reduce some of the sticker shock buyers are experiencing.

“Temporary rate buydowns have been around for a long time, but they’re really only relevant in a market like this, where rates are flying off the handle,” says Dan Catinella, chief lending officer at Total Expert, a company that sells marketing software to mortgage companies.

Some of the nation’s largest lenders, including Rocket Mortgage, United Wholesale Mortgage and Guaranteed Rate, have begun marketing the tactic. Rocket Mortgage advertises its buydown program as an “Inflation Buster.” True to the name, the buydown could reduce the buyer’s monthly mortgage payment by hundreds of dollars.

“A buydown is a way for buyers to feel a little more comfortable,” says Eric Hamilton, senior vice president of mortgage lending at Guaranteed Rate.

During the pandemic-driven housing boom, sellers hardly needed to do anything to unload their homes quickly and for a hefty premium. This year, the housing market has slowed sharply, and sellers face a new reality.

As the market starts to reset, buyers are asking for concessions, feel less pressure to bid aggressively and have more time to weigh their options — and negotiate for a better deal.

“Buyers don’t have to go through all these crazy inspection waivers and appraisal waivers,” says Elena Sarantidis, a mortgage broker with Prime Plus Loans in Wellington, Florida.

How do rate buydowns work?

For the seller, the cost of a 2/1 buydown varies, but typically is a bit more than 2 percent of the amount of the loan. For a $300,000 mortgage, the seller would pay $6,000 to $7,000 into a buydown account that belongs to the buyer. A portion of that sum would be released each month to reduce the buyer’s monthly mortgage payments. If the buyer decides to refinance while there’s still money left in the account, the remaining balance would be applied to the new loan, Hamilton and Sarantidis say.

Mortgage lenders offer a variety of buydown options, including:

Rate buydowns have become a popular option for homebuilders, but others, like Realtors and lenders, can offer them too, says Sarantidis.

Why not just cut the sale price?

The most common way for sellers to close a deal with a reluctant buyer is to simply cut the price. Proponents of buydowns, however, say both sellers and buyers get more bang for their buck with a temporary rate buydown.

“On a 30-year mortgage, the price cut is not going to make a big difference,” says Sarantidis. “In the short term, the buydown is a better savings.”

For builders, the appeal of a rate buydown is clear: If they cut the price now, they’ll feel pressure to do so for future buyers. The temporary buydown is a way to protect their pricing while also giving the buyer something of value.

How is a buydown different from paying points?

Some borrowers opt to pay discount points to lower their mortgage interest rate. Unlike a rate buydown that expires in a year or two or three, paying points permanently reduces the rate.

With points, however, the rate cut is less steep. Paying one discount point — 1 percent of the loan amount — reduces the rate by about a quarter of a percentage point.

Basically, points are a long-term play. If you plan to be in the home for a long time and not refinance, paying points — or asking the seller to pay them on your behalf — could be a better bet. If you expect rates to reverse course in the near future and therefore to refinance your loan, the short-term savings of a buydown could be a better deal.

How is a buydown different from an ARM?

A temporary buydown has some of the same characteristics of an adjustable-rate mortgage (ARM): The borrower begins making payments at one interest rate, then the rate adjusts at a predetermined time down the road.

An ARM carries a fixed interest rate for a period of time, typically five years. After that, the interest rate and monthly payments can change every six months or year.

With a buydown, on the other hand, the interest rate is technically fixed — it’s just that the seller reduces the borrower’s interest payments for a set period.

Both buydowns and ARMs have grown more attractive as mortgage rates have swiftly gone up. However, buydowns look more appealing in the short run compared to ARMs.

“The problem is the yield curve is inverted,” says Hamilton, “so ARMs just don’t have the advantages they had in the past.”

If you’re a seller looking to entice a buyer, consider paying for a temporary rate buydown. This move can cost you far less than a price cut. Ask your listing agent for advice — and keep in mind that this tactic has re-entered the mortgage market only recently, so many Realtors and loan officers are still learning how it works. 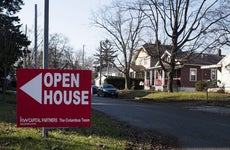 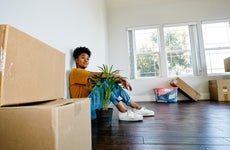 Home prices are rising faster than your down payment fund: What to do 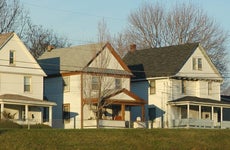