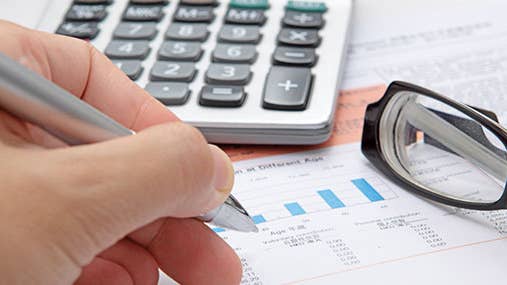 “The money market fund industry and the repo market is really the major fault line that goes right under Wall Street,” says Dennis Kelleher, president and CEO of Better Markets, a nonprofit, nonpartisan organization that promotes the public interest in strengthening the financial system. “If there is a run on money market funds as there was last time, it is literally a matter of hours before the banking system of the U.S. shuts down — even the payment system. All the banks will start to fail.”

Following one of the worst economic events in the history of the country, “Too many banks continue to fund their businesses with short-term funding that must be rolled over on a daily or weekly basis,” says Kelleher.

Banks, corporations and other financial institutions fund themselves through the wholesale funding market, also known, ominously, as the shadow banking industry. Banks secure funding using a variety of techniques, including commercial paper, asset-backed securities, collateralized debt obligations and repurchase agreements, or repos. The Financial Stability Oversight Council, or FSOC, and other regulators identified the tri-party repo market as a key source of weakness in the financial crisis and set out to make it safer.

First, definitions are in order. A repo is a short-term loan with securities used as collateral. A tri-party repo gets a third party involved, a clearing bank, which holds the collateral and figures out the details of the transaction. Tri-party repos are only a fraction of the repo market, but regulators have focused on some of their uniquely vulnerable aspects — namely the exposure of the clearing banks to lots of risk.

The most significant problem identified by regulators was the overdependence on intraday credit given to securities dealers by the clearing banks. There are only two clearing banks in the United States: JPMorgan Chase and BNY Mellon. After a loan matures in the morning, securities dealers need to borrow money to continue to own their assets until they can get another short-term loan in the repo market.

“The clearing banks had been providing significant amounts of credit to the borrowers during the day between the time at which the previous day’s loans mature and the next day’s loans are taken out,” says Darrell Duffie, the Dean Witter distinguished professor of finance at Stanford University’s Graduate School of Business.

If there were a worst-case scenario where one of the securities dealers ran into a problem and couldn’t afford to repay the extended credit, the clearing bank would be left holding a very big bag. Regulators have pressed market participants to reduce their reliance on intraday credit and have achieved some success.

According to the 2013 report from the FSOC, intraday credit has dropped to 80 percent of market volume, from 100 percent since last year’s report. But regulators are pushing for that to be as low as 10 percent of volume by late 2014.

Regulators contend that participants in the tri-party repo market need to have more processes in place to deal with the possibility that a big borrower could run into trouble.

Putting it together with money market funds

Money market funds are big participants as cash investors in the tri-party repo market. Since the clearing bank is able to hold the collateral, ensure that the securities are valued fairly and facilitate the transaction, money market funds are able to get a better return on some of their cash by lending it out on a short-term basis.

On the average day, everything works out fine. It’s the potential for 2008 all over again that has regulators worried, specifically the potential for a fire sale sparked by distress in the wholesale funding market. A fire sale is when otherwise perfectly good assets are sold at bargain basement prices.

“Suppose I am the borrower and I’m having difficulty finding someone to lend money to me today. Maybe there is some bad news somewhere else in my business. If I can’t borrow money to continue to finance my securities, then I have to sell them — and there may be a lot of them,” says Duffie.

“The banks that are using this market to obtain credit to finance their securities, each of the major ones are getting more than $100 billion of credit a day in this market,” he says.

There are two potential big problems:

“You may not have an option. You would have to fire sale them unless you have a different source of funding. That is another source of fire sale risk,” says Duffie.

“It was the first time in the history of the country that the Treasury put the full faith and credit behind a single product and single industry and it did it within 48 hours of the problem appearing. That is because the money market fund industry, along with the repo market, funds so much of the short-term financing market for the big dealer banks and the commercial paper markets,” says Kelleher.

To prevent this from happening again, the FSOC report recommended that money market funds institute floating net asset values rather than hewing to the artificial but stable $1 per share. The funds should also be required to have capital buffers to absorb redemptions and could impose a delay on redemptions over a certain dollar amount in a crisis.

The Securities and Exchange Commission, or SEC, recently proposed several measures in line with those recommendations but they fall too far short of the mark to be useful, according to critics.

For instance, the goal behind the stable NAV is to recast the way investors consider the risk of investing in money market funds, but it won’t make the system more stable.

The limits on redemptions, or gates, in a crisis could be useful but, “It’s discretionary. It’s based on a vote of the board. By the time they get together the run will be over,” Kelleher says.

The most effective answer to stopping runs was a political nonstarter.

“Deposit insurance: It has stopped runs since the 1930s by 100 percent. If you want to stop a run in the money market fund market, let’s do what we know is 100 percent effective,” says Kelleher. “The industry fought that because the few basis points’ advantage they have over bank products would be erased and the product would die.”

The system failed in spectacular fashion during the financial crisis. New rules and regulations have tempered the most dangerous aspects of the financial markets to some degree, but more work lies ahead.