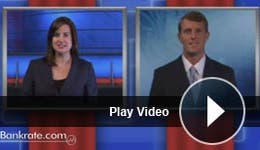 Now that Roth IRA conversions are open to all consumers, regardless of income, it’s time to think about whether you want to convert and how to do it.

Roth conversions are attractive for several reasons. Once you pay the taxes due on conversion, you won’t have to pay tax when you withdraw money in retirement, enabling you to sock away tax-free retirement income. Also, unlike with traditional individual retirement accounts, you don’t have to take required minimum distributions from Roth IRAs at age 70½, so the money can continue to grow tax-free until you need it (or until your beneficiaries get their hands on it).

Conversion is a pretty straightforward process, but there are some potential issues in the process that could throw a wrench in your plans.

A big wild card is how the markets are going to perform this year. After the stock market dropped like a rock during the financial crisis, you may be wary of paying taxes on assets that could fall in value after you convert. Fortunately, with help from your tax adviser, you can employ several tactics to hedge against that possibility.

Undoing a Roth is a process known as recharacterization. When you recharacterize a Roth, you return it to its previous state as a traditional IRA and the IRS refunds the money you paid in taxes at conversion.

One popular strategy LaBrecque notes is setting up “segregated” Roth accounts where you put bonds, stocks and other assets in different Roth IRA accounts. This way, if your stocks or stock funds tank, you can recharacterize those assets without having to redo your other Roths. This could mean setting up several Roth accounts, says Joe Jennings, a senior financial adviser with PNC Bank in Baltimore, Md.

“Because you can’t recharacterize portions of a Roth IRA, if you are concerned about specific assets or asset classes losing value later, you can segregate those, at conversion, into several different accounts,” Jennings says. “So if they did in fact lose value, you could recharacterize individual accounts.”

Is it worthwhile to convert to a Roth IRA?

Segregating by asset class, or even by individual investments such as stocks, would be what LaBrecque calls a “vertically segregated Roth.” Another strategy, called a “horizontally segregated Roth,” is a layered approach based on “prospective account appreciation.” It involves dividing up your assets into one large “base” Roth account and numerous smaller Roth accounts, all with the same asset allocation. The extent of market appreciation determines how many of the accounts get recharacterized. If the market moves are large on the upside, more of the Roth accounts remain Roths.

LaBrecque offers a mathematical formula based on the market’s return to help guide investors on how many accounts should remain Roths and how many should be recharacterized. Overall, he describes his system as a way to “take the profits and turn them into Roths.”

His explanation: “If the market goes down, we recharacterize the whole thing and call it an exercise in paperwork management. Market goes up, you turn the taxable gains that you would have had in the traditional IRA (had you done nothing) into tax-free money with all the tax advantages of a Roth. Market is flat, we have time to rethink our strategy. Flexibility all around.”

Whether you want to adopt such strategies depends on “how sophisticated, how technical, you want to be,” says Jennings. “This is a kind of scenario you definitely want to walk through with your financial adviser. Especially for higher net worth individuals, you’d want to include an estate planner and an accountant as well. This is something that should be considered on a case-by-case basis.”

Melissa Labant, a technical manager on the tax staff of the American Institute of Certified Public Accountants in Washington, D.C., agrees that it’s important to consult with a tax adviser before taking steps to convert a Roth, especially when using strategies such as those recommended by LaBrecque.

“Converting a Roth may put you in a higher tax bracket, especially if you’re going to have a lot of income in a certain year, so you might not want to convert your entire IRA, but a portion of it so you stay in a lower tax bracket,” she says. She expects that more taxpayers than ever before will want tax projections earlier in the year from their CPAs, “because it’s important in situations like this, when you might want to convert an IRA.”

Conversion may also trigger the alternative minimum tax, which is an additional tax that generally higher-income taxpayers may have to pay, so you should be especially careful in your plans and consult with a CPA, Labant adds. It’s always better to talk to your tax adviser before taking any actions that could result in problems later, she says.

Jennings cautions that recharacterization is not a permanent hedge against your Roth IRA losing value. “If you’re going to segregate your IRA funds into separate accounts, that’s fine, but you have to keep in mind that with recharacterization you only have a limited amount of time under which you can recharacterize.”

Once you convert to a Roth IRA in 2010, you have until the due date of your 2010 return (or Oct. 15, 2011, including extensions) to recharacterize; after that, you lose the opportunity. To recharacterize, you must file Form 8606 with your amended tax return, which is Form 1040X.