In less than three minutes, Capt. Chesley “Sully” Sullenberger made the crucial decisions that saved the lives of his 155 passengers and crew that cold January morning after a bird strike forced him to land US Airways Flight 1549 on New York’s Hudson River.

Within hours, live video of Sullenberger’s “miracle on the Hudson” had transformed the unassuming 58-year-old career pilot and safety expert into a national hero, lifting the hearts of a nation struggling through a winter of economic discontent.

In “Highest Duty: My Search for What Really Matters,” Sullenberger recreates the intense scene inside the cockpit of Flight 1549 and reflects on the lifetime of experiences that prepared him to perform a miracle.

Along the way, he revisits his Texas boyhood where he learned to fly from a crusty crop-duster, his Air Force service that taught him discipline, and his struggles as a husband and father to two adopted daughters that at times tested his commitment to aviation.

Bankrate caught up with the “miracle” worker on the wings of his first book tour.

Bankrate: Your star ascended quickly following the three-minute “miracle on the Hudson.” What was the hardest part of suddenly finding yourself thrust onto the world stage?

Capt. Sullenberger: At first, it was simply overwhelming to go from zero to 60 in what felt like a nanosecond. Going from being a regular and anonymous guy to sudden fame was a huge part of this life-changing event, both for me and my family. But as we’ve had time to process the event and its aftermath — and put it in perspective, we realize how many wonderful opportunities have come our way to make a difference in the world as a result of Jan. 15.

Bankrate: What has surprised you the most about your sudden fame?

Sullenberger: What surprised me initially was that this story touched so many people around the world, and that it has kept a high level of interest for so many months. I think the reason that it has gotten people’s attention, captured their imaginations and lasted so long is that this happened at a time when people were looking for good news, needed to feel hopeful again and wanted reassurance that all our ideals were still true.

Bankrate: What has been your biggest thrill?

Sullenberger: So far, the biggest thrill for my entire family was going to the Inauguration and meeting President (Barack) Obama and the First Lady.

Bankrate: What part of the “miracle on the Hudson” did the media get wrong?

Sullenberger: That I was wearing my hat that day! It was actually in my closet at home in California. Wearing a hat is optional at my airline and has been for many years. I don’t think the media intended to get it wrong. They were just looking for a way to say that I looked composed.

Bankrate: You write candidly about the personal and family sacrifices you made to be a career aviator. What would you have done differently?

Sullenberger: In retrospect, I would have begun a second career earlier. I also could have moved more times as the company closed pilot bases to follow my job. Living closer to where I was based would have meant a shorter commute, giving me more of an opportunity to be at home, but it also would have meant uprooting my family more often.

Bankrate: Most assume that commercial pilots live very comfortable lives financially, yet you paint a very different picture. What was the cause of your financial challenges and how did you overcome them?

Sullenberger: The root cause of aviation’s challenges is the tremendous financial pressure that this industry has been experiencing for decades, which has only gotten worse in recent years, especially following the events in 2001. The kinds of financial difficulties that many people are experiencing now, airline employees have been experiencing for eight years or more as a result of the changes in the industry and the intense financial pressures we are facing. I was able to overcome them by trying to positively influence the factors I could control in every other area of my life.

Sullenberger: Most pilots start flying for the love of it, but like in any other profession, it has to have enough to offer to make it a worthwhile career choice compared to all the others. Where the industry has gone wrong is in not treating their employees as valued partners, and instead thinking of them as only costs.

Bankrate: What is the single best piece of money advice you were ever given?

Sullenberger: The best financial advice I’ve received is to know why you hold every one of your investments and have a concrete plan for when you need to get out of them.

Bankrate: You formed a lifesaving bond with 155 total strangers that fateful day. Do you stay in touch with them?

Sullenberger: Yes, I stay in touch with my passengers and crew. The lifelong bond that has been formed because of the event has reminded all of us that it is our connections to our family and friends that matter most. 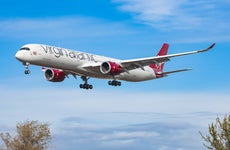 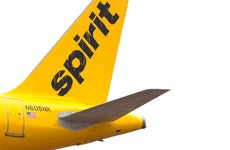 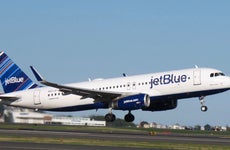 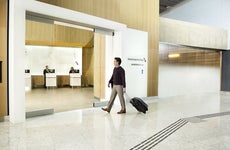