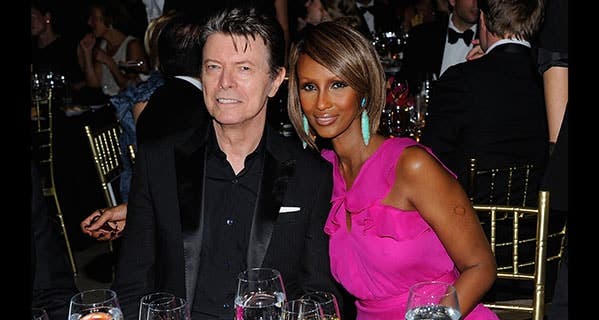 The late rock star and entertainment chameleon David Bowie left an indelible mark on music — and about $100 million to his family, according to the BBC. But although his will states that each of his 2 children will receive 25% of his estate, his youngest child, a daughter, isn’t legally allowed to inherit yet.

Bowie’s son, Duncan Jones, is 44, but his daughter, Alexandria Zahra Jones, is only 15. Legally, heirs can’t inherit until they reach the age of majority — 18 in most states.

Unless Bowie made other provisions, such as a trust, the state — in this case, New York — will appoint a financial guardian to manage the money until Alexandria is of age, says Leslie Thompson, managing principal and co-founder of Spectrum Management Group in Indianapolis.

Unlike wills, trusts are not typically public record, so we don’t know the details of how Bowie provided for his daughter. But trusts are the method most-often used for estates valued in the multiple millions.

The flexibility of trusts means that language can be inserted to ensure that assets are distributed according to the parents’ wishes, says Thompson. Most of the time, the trustee is directed to use income from the trust to ensure certain needs are met — such as education and normal living expenses — while the child is a minor.

Few parents want to dump out all the assets of the trust as soon as an heir reaches the age of majority, Thompson says. Instead, one common payout method is to distribute in thirds — a third at the age of 25, then a third at 35 and the remaining third at 45. “This gives the beneficiary time to mature into their money,” she adds.

In other circumstances, heirs need to be protected — if they or their spouse are fiscally reckless, or have substance-abuse problems, for example. In that case, Thompson says, parents need not feel that a trust has to distribute assets at all. Perhaps a trustee accesses income from the trust to cover expenses for the heir for life or until certain conditions are met.

You don’t need a fortune to have a plan

Many people believe estate plans are only for the wealthy. But even if you fall below the federal estate-tax exemption amount ($5.43 million per person for 2015; $5.45 million in 2016) you can’t ignore the financial consequences of your death. “I think people need to have a basic estate plan, or at least know what would happen in your state if you didn’t have one,” says Thompson.

Depending on your financial situation, a basic plan might include a will, provision for power of attorney should you become incapacitated and an advance health care directive naming a health care proxy who can make decisions for you in the event you are unable to do so. If you have minor children, line up both a financial guardian and a custodian to care for the children until they reach the age of majority.

As your wealth increases, so should the complexity of your plan, perhaps including 1 or more trusts. Thompson says it’s usually a good idea to appoint a professional trustee, rather than a family member, to avoid conflict from within. The 3rd-party approach helps diffuse any difficult family battles, she adds. “I see so many situations where the family falls apart over sometimes petty differences.”

Giving kids too much money too soon can be big trouble. Check out these 7 money afflictions from inherited wealth.