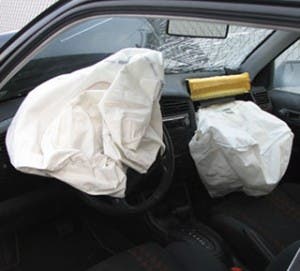 Four automakers have announced more recalls due to the problem with Takata air bags that has caused 9 deaths in the U.S. With the additional recalls, more than 26 million cars from more than a dozen automakers are affected.

This new spate of recalls adds over 2.3 million more cars in the U.S. to what is already the largest recall since car recalls have been tracked.

In addition, Honda issue a 2nd air bag recall that is separate from the Takata air bag issue.

The cars affected by this latest recall these models:

This car recall is yet another expansion of the recall that began in spring 2013 from the auto manufacturers that use air bags from the same supplier, Takata, one of the largest suppliers for air bags and other safety equipment in cars.

These air bags may deploy unexpectedly and spray shrapnel toward occupants. The National Highway Traffic Safety Administration (NHTSA) has urged owners of all cars affected by the Takata air bag recall to take immediate action to have their vehicles repaired as soon as they have notification from the automaker that parts are available.

In addition, Honda issued a 2nd air bag recall that relates to a separate issue from the Takata air bag problem.

This recall affects 341,444 Honda Accord cars from the 2008-2010 model years. In this recall, air bag control units may corrode and fail, possibly causing them to not deploy in a crash. As a result of this recall, auto supplier Continental issued a recall of 5 million air bag control units manufactured from Jan. 1, 2006 to Dec. 31, 2010 to the car manufacturers these units were sold to. Automakers must research which cars these units were placed in before it can issue a recall of specific vehicles.

How to find out if your car is affected

Owners of all cars affected by recalls will be notified by mail by the manufacturer. Consumers who are concerned whether their car is affected can find more information by searching for their car by its vehicle identification number, or VIN, by using the NHTSA’s look-up tool, by calling NHTSA’s Safety Hotline at 888-327-4236 or by calling the toll-free number in their owner’s manual

Worried about recalls? Read What to do if your car is recalled.