Cities with the most American car brands 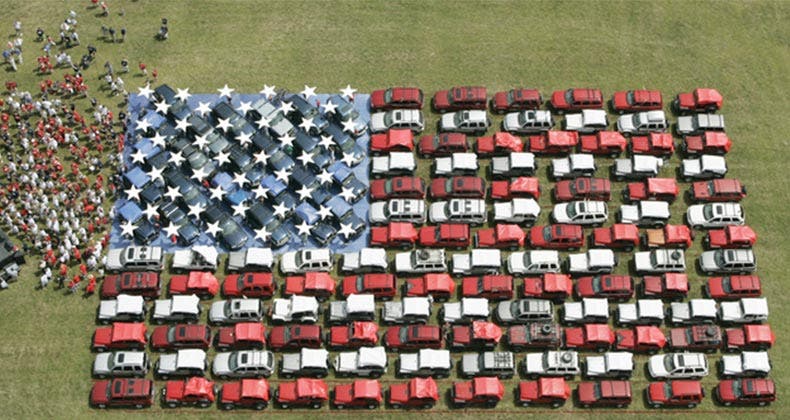 With Independence Day upon us, Edmunds.com looked at car registrations to determine which cities had the biggest numbers of domestic cars.

Using data from Polk Automotive, Edmunds analyzed the cities with the highest share of domestic cars sold in the past 1,776 days. To determine its list of domestic cars, Edmunds used the models from Ford, General Motors and Fiat Chrysler, as well as Tesla.

The analysis revealed that Michigan cities ranked most patriotic, with 6 cities in the top 10.

Here’s how the 10 most patriotic cities played out:

*Based on an Edmunds.com analysis of Polk registration data from July 2011 to April 2016

“The automotive industry has been a mainstay of the American economy and a part of the country’s identity throughout history,” said Edmunds.com Director of Industry Analysis Jessica Caldwell. “Identifying these cities as the ‘most patriotic’ based on American nameplates is our lighthearted way to recognize the legacy of these brands.”

Are you ready to buy a new car? Don’t go shopping without checking out the best car loan rates at Bankrate.