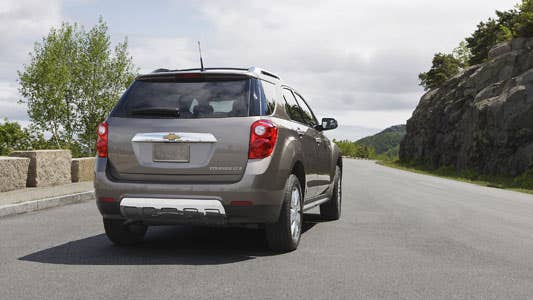 General Motors (GM) has issued yet another six recalls, totaling almost 718,000 cars in the U.S.

There are 414,333 cars that are equipped with a power height-adjustable driver or front passenger seat where the bolt that secures the height adjuster actuator may loosen or fall out. These cars are safe to drive if this occurs, but the seat will move up and down freely because it is no longer attached to the height adjuster.

Additionally, 120,426 model year 2011-2013 Buick Regal and 2013 Chevrolet Malibu cars equipped with front turn signals that use two bulbs in each signal are being recalled due to a programming error that will not warn the driver that a bulb needs to be replaced if only a signal bulb burns out. Cars with this issue will have the body control module reprogrammed.

There are 57,242 Chevrolet Impalas from the 2014 model year that are equipped with belt-drive electric power steering that may experience a complete loss or reduced power steering assist due to a poor electrical ground connection. If this occurs, drivers will get an audible and visual alert and will be able to maintain steering control, but it may require greater effort, particularly at low speeds.

Another 1,919 Chevrolet Spark cars from the 2014-2015 model years that were imported from South Korea may have a problem with the assembly of a lower control arm bolt that could result in noise from the front suspension and separation of the lower control arm while driving.

Finally 22 Chevrolet Tahoe/Suburban and GMC Yukon/Yukon Denali SUVs from the 2015 model year are being recalled for a problem with the roof carrier nuts that may cause holes or tears in the roof rail air bags if they deploy.

GM says that the car recalls are a sign of a change in its process to identify potential safety issues. “These recalls signify how we’ve enhanced our approach to safety,” says Jeff Boyer, vice president of global vehicle safety at GM. “We are bringing greater rigor and discipline to our analysis and decision making.”