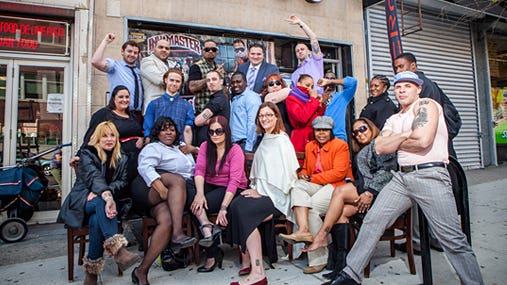 Agents who used one weird trick to get noticed

Anyone who has ever bought a home or listed a property knows competition among real estate agents can be fierce. But that’s not surprising when you consider how many real estate professionals there are. The National Association of Realtors claims nearly a million registered members, while data from the last Census indicates there are only about 466,000 real estate agent jobs. With so much competition, it’s clearly a clients’ market.

If you’re looking for an agent, it probably makes sense to stick to the basics and check verifiable skills, says Bruce Ailion, a real estate agent with Re/Max in Atlanta.

“Look at their listings online to see how they market their properties to the buyers and agents,” he says. “Also, look for good communication skills and follow-up. Lastly, proximity, local knowledge and experience are all very important.”

While most agents value professionalism above all else when it comes to their ads, some subscribe to the theory that there’s no such thing as bad publicity. Which is probably what these agents were thinking when they cooked up their zany schemes to get noticed in a competitive real estate market.

Wear that logo with pride

If your real estate agent has a tattoo, chances are you may never know it or see it, unless they work for Rapid Realty in New York. Several dozen agents at that firm all have ink. Company ink, that is. As in, a tattoo of the Rapid Realty logo.

According to company policy, employees who get the company’s logo tattooed anywhere on their body can raise their pay by as much as 15 percent. One agent told CBS News that her decision to get her Rapid Realty logo tattoo could net her as much as an additional $40,000 this year. The firm pays for the tattoo, which costs about $300.

But if you think the ink initiative is some harebrained marketing scheme that management cooked up, think again. The idea actually came from one of the employees, who did it for fun. As for the boss, he says he plans to get his tattoo “eventually.” 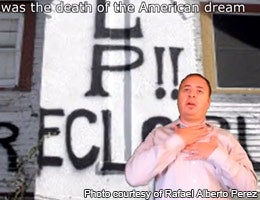 “What is your American dream; is it silent, does it scream?”

That’s a question posed by San Diego real estate agent Rafael Alberto Perez, who wrote and performed his own rap song to drum up business and put a spotlight on the fact that his local market has a lot of demand and relatively little housing supply.

If that sounds a little goofy, you’re right. The rap got Perez some attention, but local news sources likened him to Michael Scott, the bumbling, often clueless executive Steve Carell played on the NBC sitcom “The Office.”

But it’s probably Perez who has had the last laugh. A video of his rap has more than 100,000 views and counting. Hopefully, that’s led to more clients because no music label has stepped up to offer Perez a recording contract. 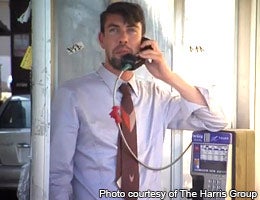 Trashing the competition may not win over clients. But tossing comedic jabs at a fictional real estate agent who is clearly terrible at his job will get your firm noticed.

To date, The Harris Group in Vancouver, British Columbia has garnered more than 64,000 views for its offbeat short film about Gary Shlitz, a shady amateur real estate agent who admits that he’s only in it for the money. His marketing ideas are terrible (whispering his name in crowded places), he apparently doesn’t own a cellphone, and his knowledge of the local market is so bad that he can’t tell a residential listing from a commercial building. Plus, Shlitz’s go-to mortgage guy isn’t a traditional lender or a bank; instead, the lender prefers to remain anonymous and work out of an alley in a rough neighborhood.

But it’s all in good fun. The video, which is cleverly titled “This guy is NOT a good real estate agent,” may not have gotten The Harris Group a ton of local media attention. But judging from the comments, it seems like it was a hit with viewers.

Gone to the dogs 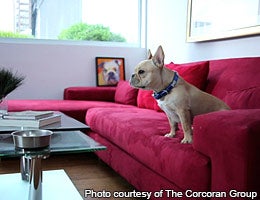 One of the best ways to find a real estate agent is through a referral from a trusted friend or family member. And these days, a lot of people think of their pets as members of the family. So presumably, that was logic behind an ad for New York’s The Corcoran Group real estate firm, which enlisted Marcel, an adorable pooch, as the company’s pitch-hound.

In the ad, Marcel turns to Corcoran’s website (which is “to bark for”) so he can find a canine-friendly pad in a neighborhood that has the kinds of amenities that cater to the four-legged crowd. But Corcoran isn’t a self-serve operation. Corcoran uses Marcel’s quest to find an agent with an “affinity for dogs” to show off the search functionality of its website, which lets you select agents based on various human criteria.

Corcoran ran the ad on local TV channels in New York and put it on YouTube, where it has more than a million views. 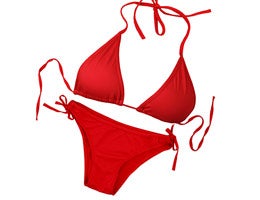 Sex sells. But does it sell real estate?

Apparently, Wendy Heath, a real estate agent in Southern California, thought a little sex appeal was just what the local housing market needed. Posing near the ocean in a bikini, Heath’s billboard asked a simple question: “Got real estate?”

“I wanted to set myself apart and kind of shock the shore, and, you know, drive people to my website and increase my business,” Heath told MSNBC’s Joe Scarborough. “There (are) many, many real estate agents in our area, and it’s hard to break through and set yourself apart. I am absolutely amazed that one billboard could cause so much attention, but I am absolutely elated.”

But while the ad got a lot of media attention, it also irked some of Heath’s colleagues. One fellow real estate agent slammed her for taking the “blonde bimbo way out” and “destroying all our credibility in one fell, ditzy swoop.”

So did it sell real estate? It’s hard to say. When Heath ran the billboard back in 2005, she said traffic to her website jumped from 2,000 hits a day to 20,000. But a current search for Wendy Heath found that her Team Heath website is no longer operational.

For sale by vengeful owner 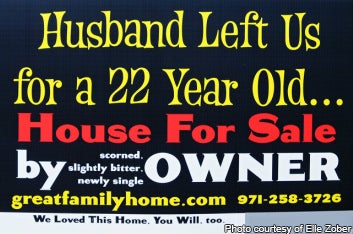 Elle Zober isn’t a real estate agent. But she sure knows how to drum up some business and list a property like one.

Zober said her foray into real estate began when her husband of 10 years left her for a younger woman. Needing to sell their Beaverton, Ore., home fast to avoid foreclosure, Zober figured brutal honesty was the best approach.

“Husband left us for a 22-year-old,” her “for sale” sign read. “House for sale by scorned, slightly bitter, newly single owner.” In fine print, Zober added: “Adulterers need not apply.”

That last line may have been a joke, but the sign was real. As Zober told a local news affiliate, her sign was a good example of truth in advertising.

Not surprisingly, the Internet took notice. After putting up the sign, Zober says she initially got a lot of calls. Unfortunately, most of the calls were from the media, not buyers. But after 23 days and 2 million visitors to her website, Zober found her buyer.

Who says you shouldn’t handle your own listing?