Use social media to sell your home

As social media has turned mainstream, many people have started to use Twitter and Facebook in more constructive ways, instead of just connecting with high school buddies. For instance, some use them to sell their home.

Realtors and homeowners are turning to Facebook, Twitter and LinkedIn to market their properties in a sometimes frustratingly slow market. While these methods can help expose a listing to a new audience, it does require a strategy. You can’t just start tweeting and friending indiscriminately, since that’s a surefire way to become a social-media pariah.

In this brave new world, it’s important to first study the lay of the land before choosing your path. 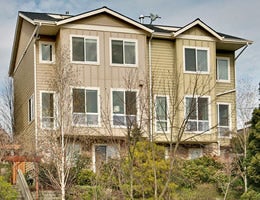 For several months, Betsy Talbot didn’t put her Seattle home on the market. Instead, she and her husband Warren promoted it through social media. “We’ve basically been living our lives online for the last couple of years as we document the preparations for our upcoming travels around the world, so it made sense to do the same to sell the house,” she says.

Here’s what they did:

Betsy also kept track when someone typed in “move to Seattle” on Twitter, and then got in touch. Recently, a woman tweeted that before moving to Seattle, she planned to revisit her favorite restaurants in her current city. Betsy tweeted her back with a link to her website. “I tweeted back to recommend that she follow a great local food writer,” she says.

Betsy had shown the house several times, but then finally put it on the market. The house sold within three weeks. 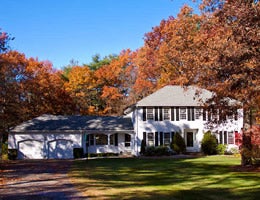 Realtor Margaret Roberts, the broker/owner of MRM Realty in Groton, Mass., uses a Facebook page to market her company’s listings. Whenever a new listing comes in, she posts the photos and information on Facebook. While many fans are not in the market for a home, they’ll often forward the listing to friends who are. The listing gets passed from one Facebook page to another, generating a lot of exposure.

“It’s hard to quantify if any homes have sold because of Facebook, mainly because people don’t buy homes online. Instead they go through Realtors,” says Heather Logrippo of Distinctive Homes, who manages the Facebook account for Roberts. But she adds that two properties that were listed on Facebook have sold only three weeks after being posted, including this one in Groton. 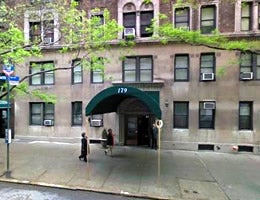 Ruta Fox of Manhattan had her Upper East Side apartment on the market for almost a year with no bites. She recently developed a Twitter campaign (@divinediamonds) to drum up interest by focusing on the fact that many celebrities live in the neighborhood.

“My campaign centered on the fact that you, too, could live near celebrities if you had my apartment,” she says. A few sample Tweets:

“Justin Timberlake’s Southern restaurant is right around the corner from RUTA.”

“Carrie, Miranda, Charlotte and Samantha filmed ‘Sex and The City 2’ right around the corner.”

And so on. Each tweet included a link to her Realtor’s listing. So far, Fox reports that her strategy has increased the number of people at showings and she’s received two offers, both of which fell through.

She’s confident that a sale will come through soon due to her social media efforts. 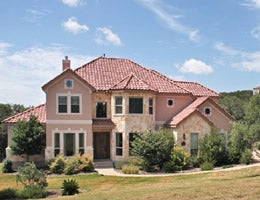 Todd M. Schoenberger decided to market his San Antonio home by using LinkedIn and Twitter, but he knew he needed a lure. In early January when temperatures around the country were brutally cold, he posted that it was 70 and sunny in San Antonio, and provided a link to the listing.

The results surprised him. Though he hasn’t received an offer, more people have requested details than before he started posting.

However, social media by itself cannot work miracles. If your house hasn’t sold after a reasonable length of time because it’s priced too high, needs major repairs or is in a dicey neighborhood, all the tweets and Facebook friends in the world won’t be able to help. 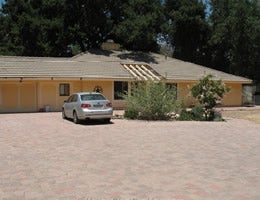 Realtor Linda Slocum of Valencia, Calif., warns that though she does use Facebook and Twitter, posting too often can quickly turn into spam. So she doesn’t post unless there’s something truly unique about the property, like this one on Hacienda Lane in Newhall, Calif. “It’s different in that it’s a horse property with full horse facilities, which is unusual for our area,” she says.

“Each posting only stays in the stream for a few seconds for many people,” she says. If you repeat the same posts over and over, people will start to unfriend you, which is counterproductive to establishing relationships via social media.

In the end, social media is another valuable tool in the arsenal of house-selling and marketing techniques that must be used wisely to be most effective.