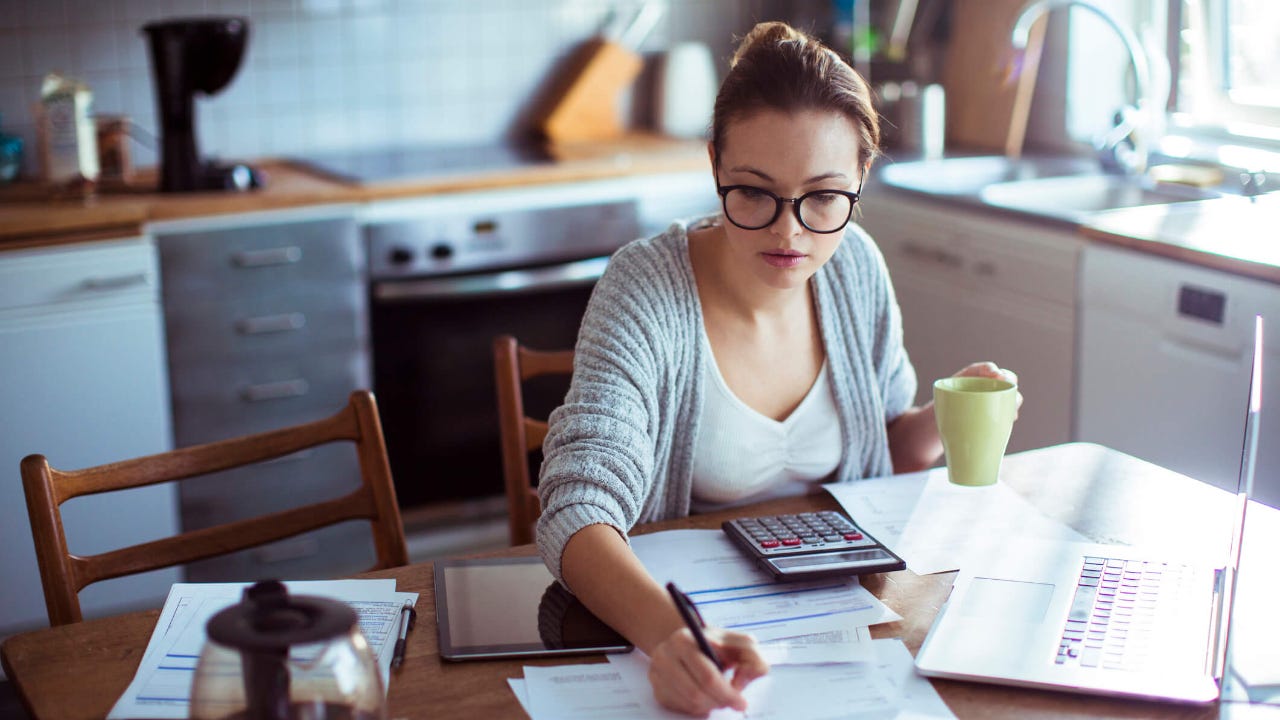 The COVID-19 pandemic has changed the way we live and spend. And a new survey found that, for some, that means carrying a bigger credit card balance.

A September 2021 online survey of 2,400 U.S. adults by Bankrate found 42 percent of consumers with credit card debt have added to the amount they owe since the pandemic began in March 2020.

This group was split on whether the pandemic was to blame for their financial issues. Out of the consumers who saw their debt increase:

Of all the generations represented in the survey, millennials were most likely to say that the virus was the reason their debt surged.

The survey highlights the fact that the big picture data of credit card debt falling during the pandemic leaves out an important part of the story, says Ted Rossman, senior industry analyst at Bankrate.

“Broadly, Americans have saved more and paid down debt over the past 18 months, but those improvements have not been distributed evenly,” Rossman says. “Sadly, a substantial percentage of Americans are faring much worse financially, and that sometimes gets lost in the macro trends.”

Who carries credit card debt and for how long?

More than half of U.S. adults (54 percent) carry a balance on a card or cards, the poll found, and it can take years for debtors to get their balances to zero.

Among those who carry a balance, here’s how long they have been in debt, according to the survey:

Carrying credit card debt is common amongst U.S. cardholders of all income levels, but those in the middle income bracket are most likely to revolve a balance on their cards.

Here’s a breakdown of the percent of households that carry credit card debt, by income level, from the poll:

Of all cardholders across all generations who already had credit card debt before the pandemic was declared in March 2020, the survey found 42 percent saw their debt grow during the pandemic. However, there were important generational differences.

Here’s the generational breakdown of the percentage of debtors who added to that debt since March 2020:

Millennials and Gen Xers who added to their debt during the past 18 months were more likely than other generations to cite the pandemic as the main reason for their additional debt load.

Many older millennials (ages 32 to 40) were just starting out in their working lives when the Great Recession hit in 2008, points out Tonya Rapley, Chase Slate Edge financial expert and founder of My Fab Finance. “They’re a generation that has experienced two major financial events in their lifetime,” she says.

Why the pandemic hurt some financially

The pandemic caused many debt loads to grow. But why? Possible reasons include job loss, quitting a job or cutting back hours to manage kids’ virtual learning, having to pay for daycare or needing to buy equipment and technology for virtual school or work, says credit card expert John Ulzheimer. In fact, a previous Bankrate poll found that many parents reported virtual learning negatively affected finances in their family.

The pandemic also led to rising prices, fueled “panic buying” of items like toilet paper, peanut butter and bottled water that may have gone on credit cards and added new expenses to the budget, Ulzheimer points out. “No one had masks or a gallon of Purell as a line item on their household budget before last March,” he says.

Government help during the pandemic did contribute to an overall reduction in credit card debt, says Scott Hoyt, a senior director at Moody’s Analytics who handles consumer forecasts and analysis. However, some consumers clearly had to turn to credit cards to make ends meet during the pandemic.

Hoyt offers a few examples of consumers who may have found themselves in that situation: workers who lost income but didn’t qualify for unemployment, parents who had to balance childcare responsibilities with work and middle-income employees who lost their jobs but found their unemployment insurance checks fell short of their previous salaries.

“These folks may have suffered the most,” Hoyt says.

Few topics are more emotionally (and politically) charged right now than coronavirus safety protocols. Are you a masker? Fully vaxxed? Adamantly opposed to one or both? These questions can make waves in families and cause rifts among friends.

Here are the percentages who said they feel comfortable talking about other personal or hot-button topics with family and close friends:

The only topic in the poll that generates more discomfort than dishing about credit card debt is baring your soul about dating and romance—but just barely. The survey found that just over half (51 percent) of people with credit card debt said they feel comfortable divulging details of their love life.

That’s understandable because some people with debt worry that others will make assumptions about them due to their credit card balance, Rapley says: “They don’t want people to assume they’re not responsible.”

Looking to a debt-free future

Every cardholder who’s ever watched interest charges grow has thought ahead to a day without debt. With the pandemic still raging, the future is uncertain for many.

The survey found that less than one in three (30 percent) credit card debtors expect to get out of debt within one year. Twice as many (60 percent) expect to be free from their debt within five years, while 28 percent expect it to take longer than five years.

A small but significant percentage of cardholders see a grim outlook: More than one in 10 (12 percent) don’t know when they will be able to get to a zero balance while one in 20 (5 percent) believe they will die in debt.

Did you add to your credit card debt during the pandemic? “Credit card debt can be particularly harmful and persistent because the average interest rate is north of 16 percent,” Rossman points out. Fortunately, you do have options.

Here are five steps you can take if you’re overwhelmed by the credit card debt you accrued during the pandemic:

Finally, why not enter the new Bankrate Drop Your Debt Sweepstakes? Five winners will get $10,000 each to put toward their debt. And you can get up to three chances to win: one when you create a Bankrate account, a second when you link a financial account and a third when you take a money quiz. (No purchase necessary, ends Oct. 16, 2021. See official rules.)

While you can’t count on a prize money windfall (or anything else) to save the day for you financially, it definitely can’t hurt to take a shot. Who knows? You may get lucky and win a pile of cash to eliminate—or at least put a dent in—your debt.