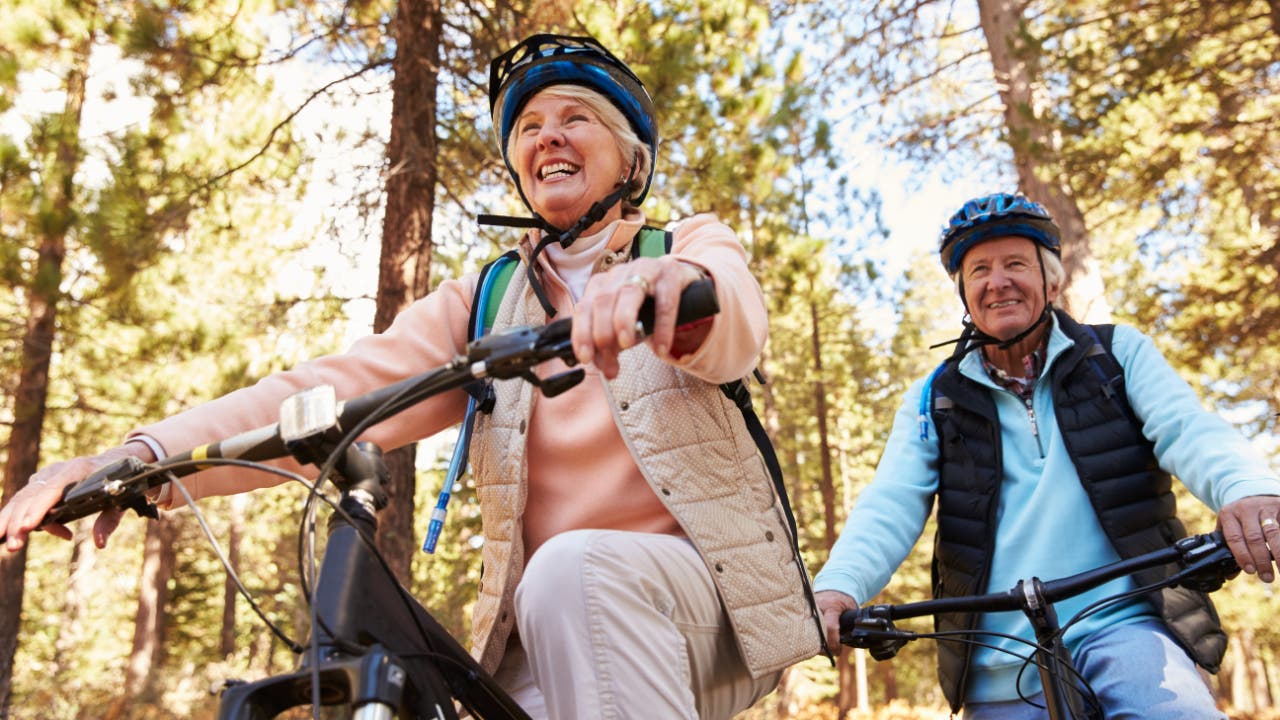 Borrowers may celebrate a Federal Reserve rate cut, but it just might put many retirees in a pinch.

The U.S. central bank on Wednesday reduced borrowing costs for the first time in more than a decade, and that doesn’t bode well for returns on the types of investments preferred by those who have left the workforce.

When rates go down, generally so do yields on fixed annuities, certificates of deposits and savings accounts. Long-term care premiums and pensions are also squeezed. Meanwhile, retirees are typically past the stage in their life where they’re thinking about making a big-ticket purchase, meaning they’re not the first in line to directly benefit from cheaper borrowing costs.

“A Federal Reserve rate cut can be both a good and bad thing, same as any rate increase,”  says Jamie Hopkins, director of retirement research at Carson Group. “But when you look at retirees, they would really like to see rates come up. Lower and continued low interest rates make a lot of retirement income strategies harder to pull off effectively, today.”

Interest rates, however, are still at historic lows, and the Fed’s modest 25-basis-point rate cut only unwinds one of the nine consecutive hikes enacted since 2015. Still, for those in retirement or on the brink of it, the move is going to have a substantial effect on your wallet.

Here are seven ways the Fed’s rate cut could affect both you and your money — and what you should consider doing in response.

An annuity is a periodic payment to an individual in exchange for an initial, upfront lump sum. It typically lasts through the individual’s lifetime. There are multiple types of annuities, some are equity based and others offer a guaranteed minimum return.

Fixed annuities provide an interest rate that is set at the time of purchase, and payments stay the same over the course of its contract. Even though these annuities provide you with protection from interest-rate fluctuations, your rates would be lower if you were to lock them in now.

Interest rates, however, are already at historic lows, meaning the Fed’s latest move might not feel like much of a difference.

“You’ll see possibly a slightly lower payout,” Hopkins says. “At this point, rates have been so low for so long. A quarter of a percent cut or 25 basis points won’t change any of the annuity products out there.”

Other annuities might not be so sensitive to interest rate cuts. Variable annuities, for example, invest in sub-accounts of stocks, bonds and money market funds.

“You’re going to be picking a lot of market assets as your underlying portfolio and returns structure,” Hopkins says. “It’s not hugely impacted by interest rate cuts or hikes.”

Equity-indexed annuities, on the other hand, are a cross between fixed and variable.

Regardless, you might not see any kind of impact right away. It sometimes takes more than a year, if not more, for annuity rates to reflect that reduction, according to Jeff Levine, CPA and CEO of BluePrint Wealth Alliance.

“They tend to lag a little bit behind the rate cuts,” Levine says. “They’re sensitive to those changes, but not to the same degree. If the Fed picks up one percent, you don’t see insurers’ portfolios pick up right away. It takes a number of years for rates to cycle through that portfolio.”

Retirees who are taking advantage of payouts from their high-yield savings accounts could soon see their yields reduced. Some banks have already started to slash yields in preparation for a rate cut, such as Marcus and Ally Bank.

Certificates of deposits (CDs) are also impacted by a Fed rate cut. Many retirees have historically chosen to keep a large percentage of their cash in CDs, an investment seen as a “safe” option. But in a lower rate environment, it might make those returns less attractive.

Many retirees “look at their parents and grandparents, who said, when I get to retirement, I’m going to park my money in safe things like CDs and earn an interest rate and be able to live off of that,” Levine says. “Clearly, today that’s not going to work.”

CD rates have been sliding in anticipation of a Fed rate cut. Still, rates are as high as 2.5 percent at online banks. Three-year CDs also offer higher returns than most other options on the market, currently at about 3 percent. Consider locking in your rates now, or laddering your portfolio.

“If you’re a retiree who is flipping CDs every 6 to 9 months, CD rates will change,” says Paul Schatz, president and chief investment officer of Heritage Capital. “But they pretty much get priced in as the market prices in a rate cut.”

The other “safe” investment companion to CDs has been bonds — and those returns won’t likely improve after a Fed rate cut. Typically, retirees are guided toward higher-quality bonds, such as Treasury bonds or highly-rated corporate bonds.

Highly-rated corporate bond prices have risen over the last five to six months, Schatz says, meaning their yields have gone down. That’s been the case long before any official cut from the Fed.

“Even though no rates have been cut, there’s an expectation of economic slowing, and that the Fed is going to have to take action,” Schatz says. “A retiree who is waiting until the Fed lowers rates, most of that work has already been done.”

That could only continue to be the case, with the headwinds currently worrying Fed officials being far from resolved. Officials are concerned about a slowing global growth picture, as well as weakness in business investment, low inflation and ongoing trade tensions.

“The markets are expecting continued economic deceleration, which means even lower rates,” Schatz says. “If somebody thought the economy was going to reaccelerate, then you would be selling bonds, not buying them. If you were a retiree, you would be staying very patient and waiting for an opportunity.”

A low-interest rate environment may make it look like junk bonds will yield higher returns at less of a risk, Schatz says. But they’re an even worse investment option right now, with the cycle in its 11th year. Though the expansion doesn’t look like it could be ending any time soon, there are still a number of storm clouds on the horizon.

Similar to how you would ladder CDs, you can also fight back against the low-rate environment by staggering your portfolio with bonds of different maturities.

“You’re not as susceptible to interest rates because, as your earlier ones mature, you keep rolling them forward,” Schatz says.

It’s no secret that pension funds have been struggling. Of the 103 state retirement systems that reported actuarial data for 2016, 97 percent are considered underfunded, according to a 2017 report on state pension funds by Wilshire Consulting.

Pensions depend on the sustained growth of their assets. A low-rate environment, however, makes that more difficult.

“Pension funds are stuck between a rock and a hard place,” Schatz says. “Pensions have an awful lot of monies invested in fixed income, so they need higher interest rates and higher stock return rates. You need nirvana in the investing world, which never happens. So now, what do you do? That is one of the future crises that’s going to hit the country.”

Not all pension funds are at as high of a risk. Pensions through private employers, for example, aren’t struggling as much as those from municipalities and states. At the same time, states have a greater ability to raise taxes for revenue, whereas those who live within a city or municipality could choose to move outside city lines, Hopkins says.

Current pension recipients are unlikely to see their payouts cut anytime soon, but if interest rates stay lower for longer, it could be a bigger problem for the future, Hopkins says.

“Lower rates don’t necessarily help pension funds that are already struggling with their funding,” Hopkins says. “If rates stay low forever, pension funds can’t find ways to make up some of their funding shortfalls. There’s no clear example of how they’re going to fix them. Some are so massively underfunded that the only thing we expect is that at some point they will not be able to make promised payoffs.”

Long-term care insurance provides retirees with an economical way of covering a wide range of medical or assisted living services. These might get more important to you as you age, potentially saving you a substantial amount of money.

6. Keep an eye on building inflation

But there’s been one saving grace for retirees in this low-rate environment: inflation has been tepid.

The Fed indicated that it’s concerned with how low inflation is, listing it as one of the reasons for its rate cut. If the rate cut, however, does indeed stoke more price pressures, it may eat away at retirees’ incomes even more.

“For seniors, inflation over a long period of time is very detrimental to purchasing power,” Hopkins says. “Even a very small amount of inflation still has a huge impact for retirees.”

It matters because retirees depend on a fixed-income stream during their years out of work. If that purchasing power diminishes over time, those payouts may not be worth as much. That, matched with rate cuts that bring down yields, makes it even more difficult for this demographic.

“If we start to see inflation creep up, that would be steep for retirees,” Levine says. “They’re living on this fixed income, and all of a sudden, prices are going up around them when rates are low.”

But some evidence already suggests that seniors have been experiencing more price pressures than the typical demographic. A subindex of the consumer price index that tracks the typical basket of goods purchased by seniors has picked up more than other typical categories, mainly on rising health care costs, Hopkins says.

The low-rate environment is leading some retirees to place more emphasis in their portfolio on equities or real-estate — investments that might not be quite as safe for individuals who have a lot more to lose and generally can’t afford to take on as much risk.

“Lower rates can cause investors to chase returns in the market,” Hopkins says. “This can put some retirees and those nearing retirement into a higher equity allocation than might otherwise be advisable because they aren’t getting the returns they want or need in the bond and CD markets.”

So far in the current expansion, retirees haven’t had to confront much stock market declines. The bull market celebrated its 10th anniversary this year, and most stocks have recovered from the sell-off at the end of 2018. But there’s no telling how long that could last — equities typically come with more volatility and risk.

“My big concern is, if we go back to lower rates, retirees are going to start reaching even further than they have before” into volatile and risky assets, Levine says. “At some point, that’s going to catch up with them. You’re going to see a sustained pullback at some point.”

It’s important to assess not just your appetite for risk but whether you can also afford to take it, Levine says. Work with your financial adviser or planner on crafting a portfolio that’s right for your situation.

“Risk capacity is something that you actually have to sit down and do a plan for,” Levine says. “If you have to make 7 percent return every year in order to make your retirement goals or to be reasonably happy in retirement, only a financial plan can dictate that.”

But regardless, modest rate cuts aren’t going to change the picture too drastically. It’s important to identify the right buying opportunity, but waiting for rates to come up just might be like waiting for rain in a drought.

“People waiting in cash now for the market to come down and rates to come up,”  is a big issue according to Hopkins. “This is unfortunately because we can’t market time like this well. Really, you are just missing out on returns [by] sitting on the sideline.”