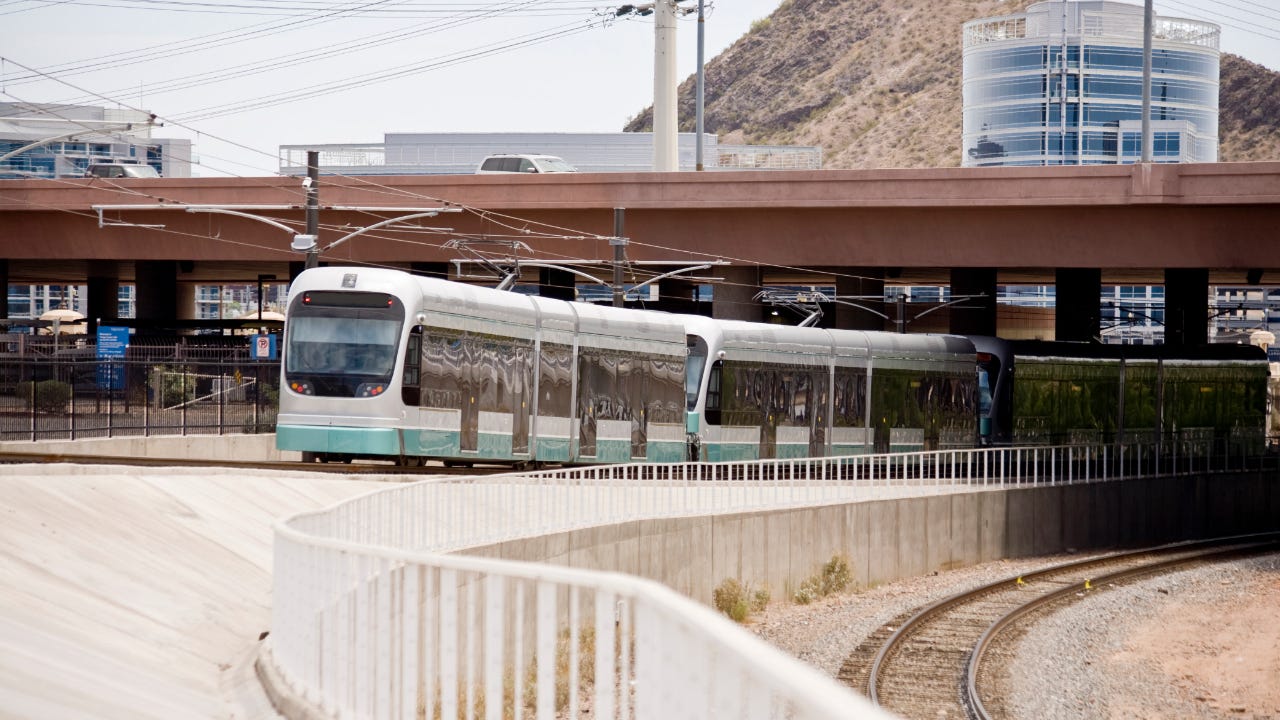 Lauren Coleman gets around Tempe, Arizona, by bike and train. On occasion, she uses Uber or Lyft.

She’d like to get an electric bicycle, but buying a vehicle? That doesn’t appeal to Coleman, a senior at Arizona State University. “I don’t ever really want to own a car,” she says.

So a new car-free development in Tempe caught Coleman’s attention. The 20-year-old made a deposit on a rental unit in Culdesac Tempe, a 636-unit community that doesn’t allow residents to bring vehicles with them.

The $140 million complex markets itself as “the first car-free development built from scratch in the U.S.” — and as a model for America’s “post-car era.”

Urbanists long have lobbied for a shift away from car-centered design. In a twist, Culdesac Tempe is testing the concept in a place better known for suburban sprawl and searing summertime temperatures than for walkability and public transit.

“There’s tremendous demand for car-free living, even in a place like the Phoenix region that has a history of being very auto-centric,” says Daniel Parolek, the California architect who heads Opticos Design and designed Culdesac Tempe.

The project has received deposits for all of the units in its first phase, Parolek says. That early success excites urbanists, who envision car-free living evolving from a quaint concept to a common way of life — not just for adventurous renters like Coleman but for a significant chunk of American homeowners.

Jesse Bailey, owner of 49 units, an apartment brokerage in West Palm Beach, Florida, is keeping an eye on Culdesac Tempe. “This project is a case study on the market receptiveness to a car-free/car-light development,” he says.

So what does a car-free community in the Sun Belt look like? Culdesac Tempe offers no parking spaces for residential units, although the project’s commercial tenants — including a grocery store, a cafe and a coworking space — will have some parking for employees and customers.

There will be stations for bike sharing and scooter sharing, along with pickup spots where residents can meet Uber and Lyft drivers. A Valley Metro Rail station is a short walk away.

When the project is completed in 2021, rents are likely to range from $1,400 for a one-bedroom apartment to $2,200 for a three-bedroom unit. The developer’s renderings show neighbors gathering in shared outdoor spaces.

“As soon as you remove the car from the equation, you suddenly can use all of that extra space for public space, or for semi-private space,” Parolek says.

The concept appeals to Coleman. “I’ve been really frustrated with urban sprawl and suburbia, and I loved the idea Culdesac had of designing for people rather than cars,” she says.

Coronavirus delivers a blow to urbanism

Until March, Culdesac’s concept seemed to be squarely in line with changing consumer preferences. Baby boomers and Generation X love their SUVs and sedans, but younger consumers aren’t as keen.

“There isn’t the same excitement about ownership of cars for Generation Z and millennials as there was in the past,” says Jonathan Miller, a Manhattan-based appraiser and head of Miller Samuel Inc.

Meanwhile, momentum had shifted from suburbs and back to more densely populated urban areas. Home values and job growth soared in New York City and San Francisco. Municipalities, for their part, chafed at making investments in roads and parking garages.

Then came the coronavirus pandemic, and consumer preferences quickly changed. Apartment sales in Manhattan have plunged, while demand for homes in surrounding suburbs soared.

New York, Chicago and other cities saw ridership on mass transit plummet — mostly because offices, restaurants and bars were closed, but also because commuters didn’t want to share trains and buses where social distancing was problematic.

Despite the pandemic, the rise of e-commerce and the popularity of ride-sharing services have changed the calculus around car ownership, says housing analyst Brad Hunter, president of Hunter Housing Economics.

“This concept has legs nowadays, because the infrastructure is in place to support it,” he says. “You can get your groceries delivered. It makes it a lot easier to say, ‘Yes, I can live in a place like this.’ It’s not for everybody, but there’s a segment of the population for whom this is viable.”

Bailey, the apartment broker, reaches a similar conclusion: The pandemic has reintroduced many to the joys of walkability. “As a result of COVID-19, there has been a large increase in the number of people walking and biking in neighborhoods as people seek to get outside their homes and recreate,” he says.

Coleman, for her part, says the pandemic hasn’t changed her attitudes towards auto ownership. She stopped using Uber and Lyft during the pandemic, but she still rides the train on occasion. “I always wear my mask and just try to distance myself from other passengers as much as possible,” she says.