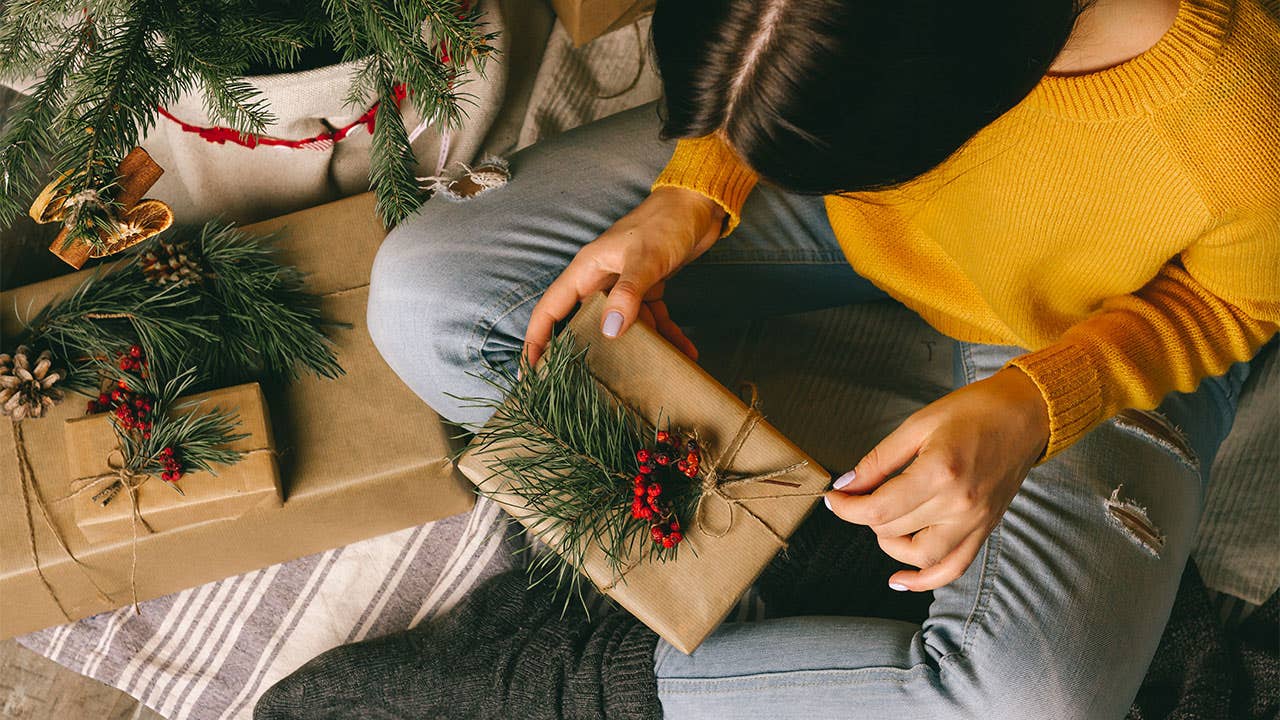 We can all relate to this situation: Unwrapping a gift with eagerness and anticipation only to get something we don’t like.

While the holiday season is about giving to others, almost everyone would also prefer to get what they want. Instead of waiting for the perfect gift from a friend or relative, plenty of people just buy it themselves.

Holiday self-gifting is certainly an effective way to ensure you get what you want, just make sure the costs don’t get out of control.

“This holiday season, the average shopper expects to shell out $500, and just over three quarters of consumers (76 percent) admit to overspending on holiday purchases in the past,” says Jason Thacker, head of U.S. consumer deposits and payments at TD Bank. “These findings only further emphasize that by establishing a budget and exploring gift alternatives, people can still make meaningful memories and get the most out of the season.”

According to TD Bank’s annual Merry Money Holiday Spending Survey, the top three things consumers say they overspent on were gifts for family and friends, entertaining at home and gifts for themselves. One in five Americans and one in three millennials say they often spend more than they planned on items for themselves during the holiday season.

Overall, the amount people say they’ve overspent during the holiday season is rising. The TD Bank survey found that on average, respondents spent $263 more than expected, up from $218 the previous year. These funds could surely be used more wisely to meet financial goals, like growing the emergency fund in our savings account or saving more for retirement.

Among Americans who create a budget for the holidays, 83 percent say they usually stick to it, up from 70 percent in 2016. But 41 percent report that buying items for themselves when holiday shopping keeps them from sticking to their financial plan.

“People are shopping more this time of the year so they’re seeing more and getting new ideas about what they’d like to have,” says Kit Yarrow, author and consumer psychologist.

There are plenty of ways to get the gifts you want this season without breaking the bank. In case you need some inspiration, here are five ways to do it.

Once upon a time, re-gifting was looked down upon. But these days, more than half of Americans (56 percent) and 67 percent of millennials confess to doing it, according to TD Bank’s Merry Money survey.

There’s nothing wrong with passing off a gift to someone who may appreciate it more than you, but don’t discount the fact that someone put effort into picking it out. If a sibling or a cousin consistently misses the mark, save them time and money by asking for a gift card from your favorite store or a card you can use at any retailer.

Sixty-two percent of consumers would rather receive gift cards instead of cash, traditional gifts or experiences, the TD Bank survey finds. When money goes to buying what you actually want, it’ll be easier to stick to the budget you’ve create.

If giving and asking for gift cards seems tacky, consider making a list of items you want in advance. Your friends and family members could still buy you something you don’t like. But your chances of getting the things you want are much higher.

If you can rely on your loved ones to purchase what you need, you’ll keep more money in your pocket this season that you can save or put into a high-yield CD.

3. Sell what you don’t want

Instead of re-gifting your unwanted presents, consider selling them on eBay, OfferUp or Craigslist, says personal finance expert Andrea Woroch. Shoes or clothing can be sold through poshmark.com or thredup.com, she says. And unwanted gift cards can be swapped out or exchanged for cash through sites like giftcardgranny.com.

Though it’ll require some extra leg work, selling the gifts that don’t suit you could leave you with enough money to buy some of the items on your wish list.

4. Include yourself in your holiday budget

Creating a holiday budget is a good idea. As you shop, it’ll serve as a guide that will help you avoid overspending. But a budget is pointless if it doesn’t account for any of the items you might spend extra money on, like gifts for yourself.

One in three of respondents to the TD Bank survey say they forget to factor in purchases for themselves when planning their holiday shopping trip. Find out where your money went last year and adjust your budget so that it’s more realistic and reflective of the kinds of purchases you’re actually making.

5. Prepare for the holidays before the season begins

Who says you should only start thinking about the holidays when the leaves turn? Prepare for the season year round by opening a new savings account and periodically setting aside money you plan to spend on gifts for others and yourself. Or automate your savings so that a percentage of your paycheck goes into the account once or twice per month.

When the holidays roll around, you’ll have plenty of money you can use to buy your own gifts. Just be sure to put your savings in an account with a high yield. That way, you’re earning as much interest as possible.