I refuse to pay off my mortgage early — here’s why 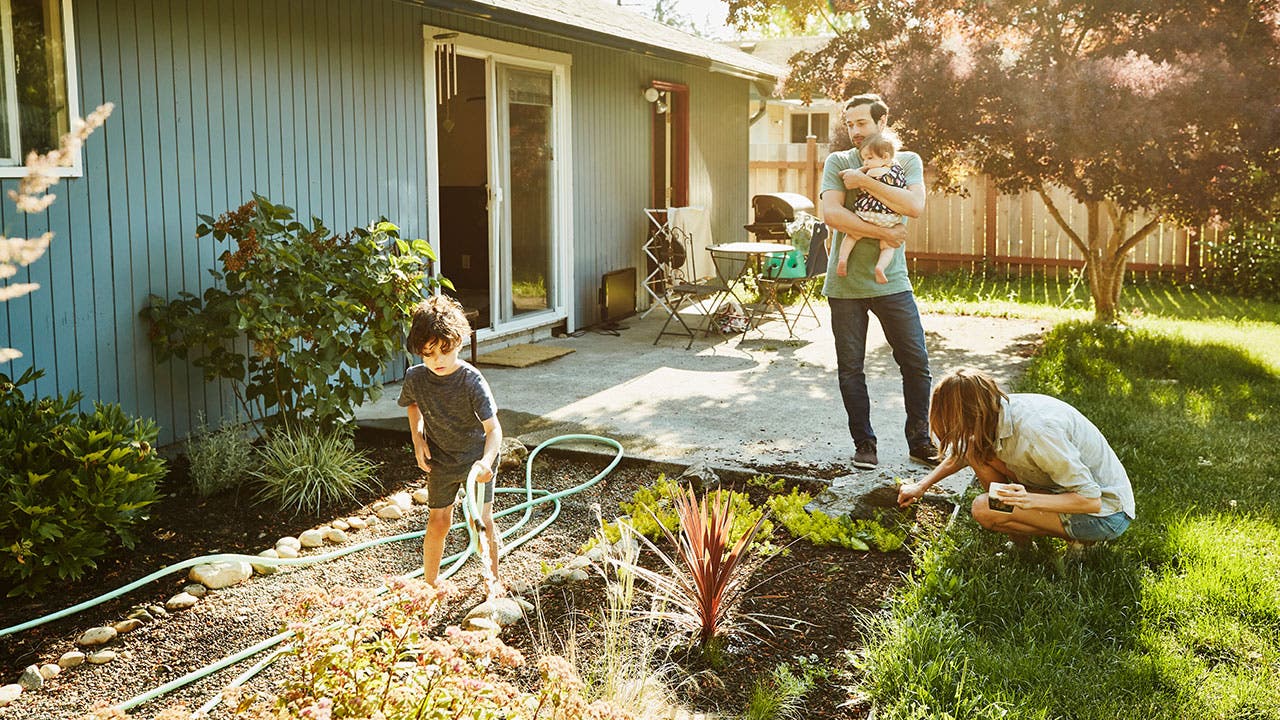 In September 2017, my wife and I bought our first house. At the time, I was inundated with advice from all sides, telling me how I should treat my mortgage and what I should do with my money.

Our monthly payment is affordable, and we have plenty of extra cash left over each month that I could put toward paying off the loan faster. But I’m not planning on doing that, and here are four reasons why.

1. We’re not planning to stay long

Because this is our first home, it doesn’t have all the features that we ultimately want in a “forever” home. As a result, we’re only planning to stay in the home for five to seven years. That’s lower than the average homeowner tenure of nine years, according to the National Association of Realtors.

I don’t think it makes a lot of sense to pay off a mortgage if you’re going to sell the house in a few years anyway. Sure, you may have more cash when you sell it, which you can use to put down on a new house. But a lot can happen to the housing market in a few years.

If we were to aggressively pay down the mortgage balance and the value of our home dropped significantly, we may never get that money back. That is unless we stay in the house long enough for the home’s value to recover, which could take years.

The last thing I want is to feel stuck in a home.

2. Our interest rate is low

Over the past five years, mortgage interest rates were at their lowest in 2017, and we were lucky enough to lock in our rate a few months before they spiked. Due to our plan to only stay in the home for five to seven years, we chose a 5/1 adjustable-rate mortgage with a 3.25 percent interest rate over the first five years.

With a rate that low, it doesn’t make mathematical sense to pay off the mortgage early. Instead, we’ve maxed out our individual retirement accounts and health savings account and opened up a brokerage account to invest even more.

In the short term, that hasn’t paid off. Our first full year in the house was the worst year for the stock market in a decade — the S&P 500 index was down 6.2 percent, and the Dow Jones Industrial Average was down 5.6 percent.

But the average annual return of the S&P 500 historically is roughly 10 percent. So in the long run, the return on our investments in will be much higher in the market.

3. We had other debts

When we closed on our house, we had one car loan (we added a second a month later), student loans, and medical debt. We also financed a lot of our furnishings for the new home with a 0 percent APR credit card.

Almost all of these debts carried higher interest rates than the mortgage loan, and their balances were much smaller. And if we didn’t pay off the balance on the 0 percent APR card before its promotion ended, we’d be dealing with double-digit interest rates. So it made more sense to tackle those before even considering putting extra cash toward our mortgage each month.

In 2018, we did just that, paying off more than $40,000 worth of non-mortgage debt. Once we were finished paying it off, we could have directed that money toward our mortgage payment. But for the reasons already discussed, it didn’t make sense to do so.

4. We have more important goals

Now that the only debt we have is our mortgage, we’ve had an opportunity to start working on a lot of our short-term and long-term financial goals.

We’ve been saving more for retirement, setting aside more money for travel, and we upped our contributions to our kids’ 529 plan accounts. We also achieved a six-month emergency fund, which has been a struggle for us in the past.

As we considered including paying off the mortgage in our list of priorities, we decided that it wasn’t hindering us from accomplishing our other goals. In fact, putting more toward our monthly mortgage payments would have hindered us from doing what we wanted in other areas, so it makes more sense for us to focus on what’s most important.

Should you pay off your mortgage early?

We have no plans to pay off our mortgage early, but that doesn’t mean it’s not a wise decision for everyone. Personal finance advice is almost always subjective, and what may work best for my family’s financial plan may not be the right solution for yours.

This means that no financial goal is inherently better than another. Everyone is different, and it’s critical to know what’s most important to you. While paying off my mortgage early isn’t a priority for me, it may be your top goal, and that’s great.

The most important tool in our financial plan is our monthly budget. It helps us keep track of where our money is going and gives us more control over how much we spend and save. For our most important goals, we set up automatic transfers, whether it’s to a savings, 529 plan, retirement, or brokerage account.

With these set contributions in place, I don’t have to worry if we have enough money at the end of the month for our financial goals, because they’re already taken care of.