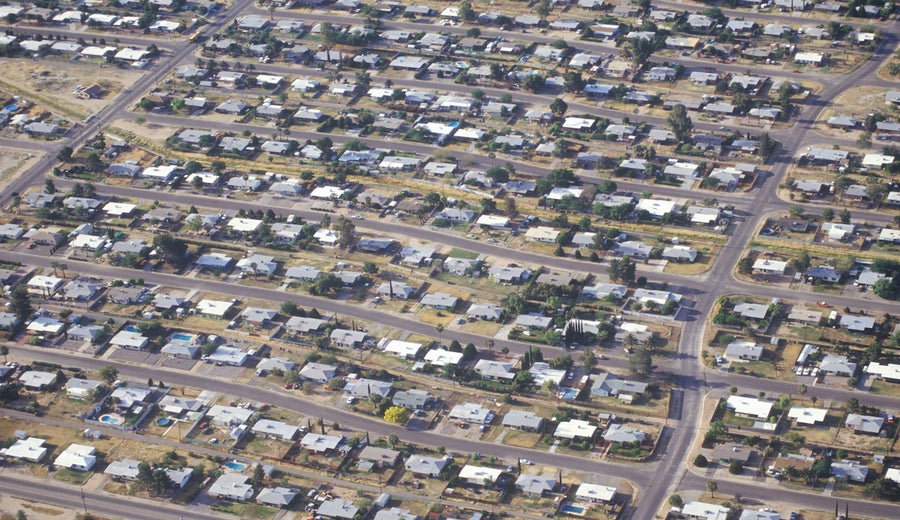 The federal regulator who oversees mortgage giants Fannie Mae and Freddie Mac has compromised on a widely pilloried fee on mortgage refinances, but he’s not backing down.

Mark Calabria, director of the Federal Housing Finance Agency, said the 0.5 percent fee on refinances, set to take effect Dec. 1, is crucial to shoring up nation’s mortgage market. Without the fee, Calabria said, Fannie and Freddie — which back about two-thirds of U.S. mortgages — could collapse in a housing crisis.

“It is critical to remember that this fee covers losses that are the result of policies that have helped millions of Americans stay safe in their homes during a global pandemic,” Calabria told the Mortgage Bankers Association’s virtual conference Monday.

The Federal Housing Finance Agency roiled the housing industry in August, when it announced the surprise fee would take effect Sept. 1. After an outcry from Realtors, mortgage bankers and housing economists, the agency backed off a bit — it delayed the fee until Dec. 1, and it said the surcharge wouldn’t be due on loans of less than $125,000.

Making the case for a widely criticized fee

Calabria said in August that defaults and the generous mortgage relief extended to borrowers during the coronavirus pandemic would cost Fannie and Freddie $6 billion — a rounding error for two enterprises with a combined $5.7 trillion in their loan portfolios.

But Calabria offered little else in defense of the fee. During prepared remarks Monday, he laid out a detailed case.

Calabria, former chief economist to Vice President Mike Pence, took over last year as director of the Federal Housing Finance Agency. The regulator said he has improved the capital position of Fannie Mae and Freddie Mac.

“Fannie and Freddie’s combined leverage ratio is now down to roughly 250 to 1,” Calabria said. “This is certainly better than 1,000 to 1. But it is not close to safety and soundness. In their current condition, Fannie and Freddie will fail in a serious housing downturn.”

In one concession, Calabria said he delayed the new fee by three months to give Congress a chance to step in — although he didn’t comment on the likelihood of such a move in the midst of a contentious election.

“This recognizes that Congress may take the opportunity to review alternatives,” Calabria said.

The new 0.5 percent fee is paid not by borrowers but by lenders. Mortgage lenders have responded by slightly raising rates on refinances.

With mortgage rates at record lows, homeowners have flooded lenders with applications for refinances.