The U.S. Department of Education has released a proposal to improve federal student loan relief and discharge programs, like Public Service Loan Forgiveness (PSLF), borrower defense discharge and closed school discharge. Under these new regulations, borrowers could have an easier time managing their student loan balances and receiving student loan forgiveness promised by the government.

Today’s proposed regulations aim to streamline federal programs that are meant to protect federal student loan borrowers. “We’ve heard from borrowers who have faced roadblocks when attempting to pursue the loan relief they’ve earned or are entitled to,” said Under Secretary of Education James Kvaal in a press release. “The regulations we’ve proposed today would remove many of those barriers and help create a federal student loan system that works better for borrowers.”

Here are the regulations that are currently being discussed.

Borrower defense to repayment discharges student loans for those who were misled or defrauded by their university. Depending on the situation, students can get all or a portion of their student loans forgiven through the program. The proposed regulations include:

Closed school discharge forgives the student loan debt for students whose school closed before they could earn their degree. The new regulations, if passed, would eliminate the application process by providing automatic discharge to students enrolled within 180 days prior to the closure.

Students would qualify for the automatic discharge as long as they didn’t earn a degree from the school or complete an approved teach-out program within a year after the school’s closure.

Total and permanent disability discharge forgives the remaining federal balances for students who have become totally and permanently disabled. However, the program has long been under scrutiny due to strict legal requirements borrowers must meet to prove disability status.

The proposed regulations would increase program accessibility by:

When an institution falsely certifies a student as eligible for student loans, the student is eligible to have those loans discharged through false certification discharge. The department has proposed making this discharge easier to qualify for by expanding the documentation requirements and eligibility timeline.

If a consensus is reached, the new regulations will also allow for group false certification claims in the case of sufficient evidence, so that students in similar situations don’t need to apply for discharge claims individually.

Public Service Loan Forgiveness (PSLF) forgives eligible public servants’ student debt after they make 120 qualifying payments. The Education Department introduced a temporary PSLF waiver in October and hopes to build on the benefits of that waiver with the following regulations:

Interest capitalization occurs when accrued interest is added to the borrower’s principal balance at the end of grace periods or deferment periods, causing borrowers to pay interest on their interest. The department has proposed removing interest capitalization when not required by statute, or under the following circumstances:

Proposed regulations could take effect in 2023

The department has stated that its goal is to finalize these new rules by Nov. 1. If they succeed, the new regulations would take effect by July 1, 2023. 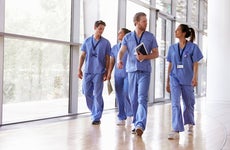 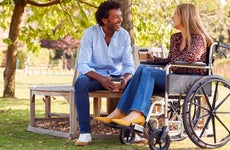 U.S. Department of Education issues over $5.8 billion in student loan forgiveness for borrowers with total and permanent disabilities 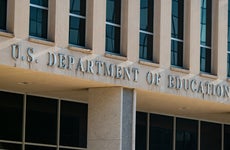 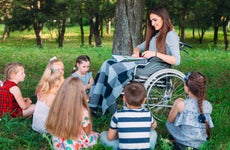