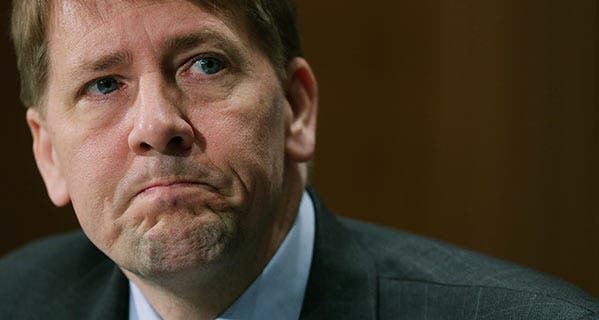 The Consumer Financial Protection Bureau proposes new regulations today that seek to end the recurring cycle of debt from payday loans that prevents borrowers from closing out their loans while racking up excessive fees.

“Too many borrowers seeking a short-term cash fix are saddled with loans they cannot afford and sink into long-term debt,” CFPB Director Richard Cordray says.

The CFPB is concerned that payday and car-title loans and other high-cost lending products are forcing consumers into “debt traps,” the agency says.

“Faced with unaffordable payments, consumers must choose between defaulting, reborrowing, or skipping other financial obligations like rent or basic living expenses like food and medical care,” according to the CFPB statement.

On its website, the CFPB offers this video on how payday loans work:

Payday loans are often due on the borrower’s next payday, usually within 2 weeks, at an annual percentage rate of 390%. Car-title loans are due within 30 days with an APR of 300%. The CFPB says 4 in 5 short-term loans are reborrowed within a month because the borrower can’t cover the loan total.

The CFPB proposal would put in place:

“The CFPB’s proposed rule presents a staggering blow to consumers as it will cut off access to credit for millions of Americans who use small-dollar loans to manage a budget shortfall or unexpected expense,” says Dennis Shaul of the Community Financial Services Association of America, the national payday lenders’ organization.

The payday lenders’ association says the rule will eliminate 84% of loan volume, and quoted a figure reported last week by the Federal Reserve that 46% of Americans can’t pay for an unexpected $400 expense, or would sell something to cover it or borrow money.

“What is missing in the bureau’s rule is an answer to the very important question, ‘Where will consumers go for their credit needs in the absence of regulated nonbank lenders?'” the CFSA release says.

The consumer agency will take comments on the proposal until Sept. 14 before issuing final regulations.