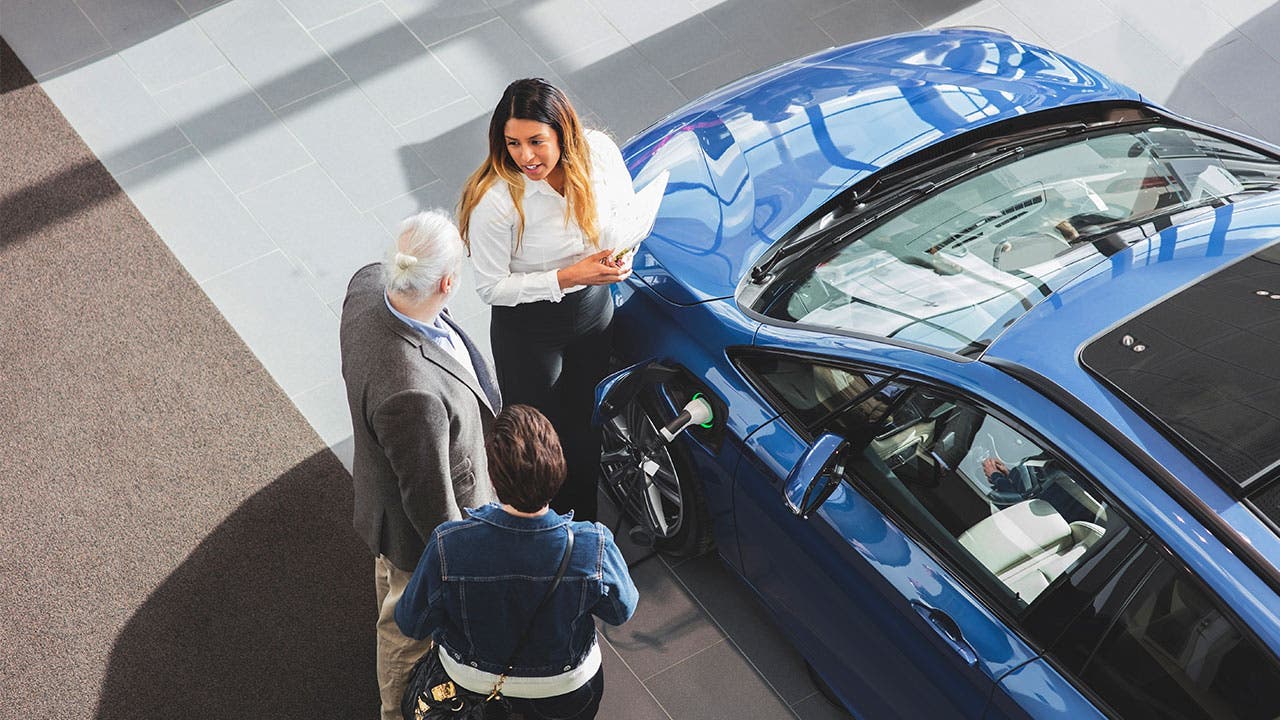 At the core, most dealers aren’t out to rip you off. But they employ experienced and aggressive salespeople who have a bag of tricks designed to maximize the salesperson’s cut and the dealer’s profit.

Here are ploys that some car dealers — even the most scrupulous — may try to run on you when it comes time to buy:

1. The credit cozen: A dealer may say something like, “With your credit score, you won’t qualify for competitive financing rates.” This may be true. However, some dealers will imply your credit is worse than it is so you think you’ll have to pay a higher interest rate. That’s why it’s important to know your credit score before you head to the showroom.

2. The single-transaction strategy: Many people view buying a car as one transaction. It’s not, and dealers know this. It’s really three transactions rolled into one — the new-car price, the trade-in value and the financing. The dealer sees all three as ways to make money. Treat each as a separate transaction, and negotiate each one. If you get a new car for $200 over invoice but receive only $1,000 for a trade-in car that’s worth $2,500, you haven’t done as well as you could.

3. The payment ploy: A dealer might say, “We can get you into this car for only $389 a month.” Probably true, but how? In some cases, the dealer may have factored in a large down payment or stretched the term of the auto loan to 60 or 72 months. Focus on the price of the car rather than the monthly payment. Never answer the question, “How much can you pay each month?” Stick to saying, “I can afford to pay X dollars for the car.”

4. The sticker shenanigan: The vehicle price listed on the window is what’s known as the manufacturer’s suggested retail price, or MSRP. Who cares? You want to know the invoice price — the amount the dealer paid for it. Working from the invoice up is much easier than trying to cut from the MSRP. You should also find out what cars actually are selling for after taking into account any consumer and dealer incentives. Of course, some really hot cars go for sticker price and even above. Be patient and wait: The prices will fall as demand slackens. And three years later, you’ll be selling or trading a car for the same money as the early buyers who may have paid thousands more initially.

5. The holdback hustle: Manufacturers often give cash incentives — sometimes called holdbacks — to their dealers to encourage them to move slow-selling models. This typically isn’t mentioned in advertisements. You’ll want to search for holdbacks or other factory-to-dealer incentives available for the car you’re considering. While it’s not a given that the dealer will apply any of these funds to the car you like, it doesn’t hurt to ask.

6. The financing four-flush: Some dealers have been known to call customers days or even weeks after they signed a purchase agreement to tell them that the financing fell through. It’s a crock. The dealer can know if you qualify for financing almost instantly. The goal of the later call? To sign you up for a loan with a higher interest rate because, according to them, they just found out you didn’t qualify for the lower rate. Never leave the showroom without signed contracts that spell out every detail and with every blank filled in. If you’ve got that, they can’t retreat on the financing.

7. The insurance illusion: Some dealers may try hard to get you to purchase an insurance policy when you’re buying your car. One type, gap insurance, covers the difference between what the car is worth and the amount you still owe on it. Say the car is worth $10,000 but you still owe $12,000. If your car is a total loss, a gap insurance policy will cover that $2,000 difference. But don’t automatically agree to it. Some insurers include the benefits of gap insurance in their regular comprehensive automobile coverage, so check there first. Also, gap insurance is generally quite inexpensive when purchased from your regular car insurance company rather than a dealer. Another favorite, credit life insurance, will pay the balance of your loan if you die before you’ve been able to repay it. These policies may or may not make sense for you, but in most cases you should decline all such offers. If these policies interest you, you’ll want to understand what you’re purchasing and have the opportunity to decline it and shop around for better prices. The mark-up on these policies at the dealership can be enormous, in part because the insurance companies that sell the policies to the dealerships offer them huge incentives — everything from cash to first-class trips — to push the policies.

8. The rate razzle-dazzle: It certainly sounds tempting — zero percent interest to finance a new car. However, this deal may not be the best one for your pocketbook. For starters, most financing incentives are for shorter terms, and you need a stellar credit record. With very short-term loans, such as 24 or 36 months, payments on even a moderately priced car can be sky-high. In addition, you may be better off finding your own financing and then taking the dealer rebate, if one is offered. Say you’re looking at a $20,000 car and will get $4,000 for your trade-in. You can choose between zero percent financing or financing at 3.49 percent with a $2,000 rebate. The term of the loan is 36 months. Over the course of the loan, you’ll come out ahead by more than $1,200 if you take the rebate and the 3.49 percent financing. Use our calculator to compute the actual dollars over the term of the loan to figure out what deal suits you best.

9. The rollover ruse: Often, it’s tempting to trade up to a more expensive car even before you’ve finished paying off the car you’re currently driving. One way that some car buyers do this is by rolling over the remaining payments on their current car into a new car loan or lease. While this isn’t illegal, it is risky. Why? You’ll end up owing more on the second car than it’s worth. In the parlance of the automobile world, you’ll be “upside down” on the vehicle. If it’s totaled in an accident or if you decide down the road to trade it in, you’ll end up writing out a big check to cover the remaining amount of the loan. Rule of thumb: Don’t roll over an old car loan into a new one.

10. The long-term trick: There’s nothing illegal or even deceptive about dealers offering loan periods extending out six or seven years. After all, many cars last longer than they used to, and longer loan terms mean your monthly payments are lower. Still, it’s not optimal. You’re likely to continually owe more on your car than it’s worth because your car is depreciating faster than you’re paying it off. If you’re considering a long loan period, you probably should scale back to a less expensive car better suited to your budget.

11. The balloon bamboozle: Similarly, some dealers will encourage you to purchase a car for unrealistically low monthly payments now but with a much larger balloon payment at the end of the loan period. In a few cases, this can be a legitimate way to finance a car. For instance, you may have just graduated and can realistically assume that your income will rise by the time the balloon payment comes due. But be wary. That big payment could hit you when you’re least able to pay it.