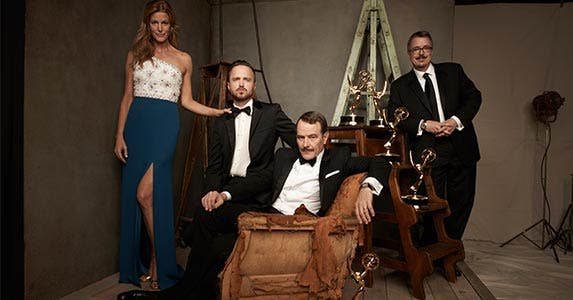 First, a big spoiler alert: If you still haven’t seen “Breaking Bad” but hope to get around to binge-watching it one of these days, you might want to save this article for later.

The Emmy-winning drama that ended its 5-season run on AMC in September 2013 is all about radical transformations. And not the kind that are good — or legal.

Lead character Walter White (Bryan Cranston) transforms from a rumpled New Mexico high school teacher diagnosed with terminal lung cancer into a millionaire crystal meth kingpin. He does so to provide financial support for his wife, their teenage son with cerebral palsy and their baby daughter.

“Tread lightly” over 7 of the worst financial moves made by Walt and other characters on “Breaking Bad,” and get advice from experts on wiser decisions for those who aren’t living life on the edge. 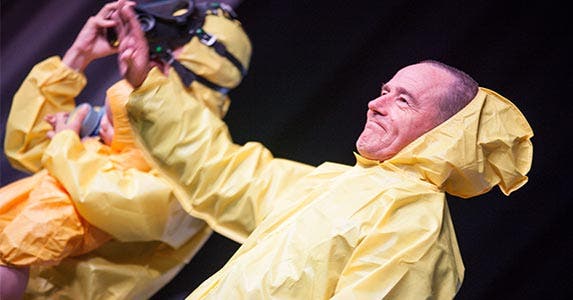 Diagnosed with cancer, Walt gets cooking

In season 1, Walt is introduced as a bored chemistry teacher who moonlights at a car wash. His wife is pregnant. He works at the school his son, Walter Jr., attends.

When Walt collapses at the car wash, he is diagnosed with inoperable lung cancer and given maybe only a few years to live.

So he keeps the diagnosis a secret, quits the car wash, falls in league with ex-student-turned-meth-cook Jesse Pinkman (Aaron Paul) and produces high-grade methamphetamine to make more money.

But seriously, a variable annuity is a good way to provide for loved ones, Perkins says.

You give money to an insurance company, and it agrees to make periodic payments to you immediately or at a future date. Put just $10,000 into a variable annuity that invests the money, and you could get a decent return, Perkins says. If the annuity offers a death benefit and you die before the insurer has made payments to you, your beneficiary will receive a specified amount. 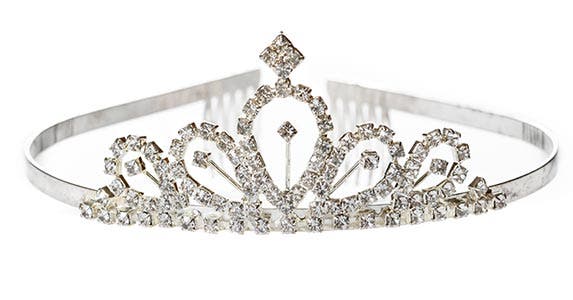 In an attempt to impress Skyler, Marie steals a diamond-studded baby tiara from a jewelry store to give as a baby-shower gift. Unfortunately for Marie, Skyler discovers the theft and confronts her.

When facing the same urges as Marie, what should a person do instead?

“You take an unnecessary risk on a psychological impulse. I recommend therapy or a young lover, not stealing,” cracks Perkins.

There’s also been a return in the last several years to layaway programs to aid cash-strapped consumers, so they won’t max out their credit cards (or steal items). The practice of laying away merchandise at stores and paying for it over time was born during the Great Depression in the 1930s.

Unlike credit cards, layaway programs don’t charge interest, but they usually require a down payment. Customers can’t leave the store with the items until they’ve paid in full.

“It all goes back to responsibility, respect and having patience,” says Perkins. 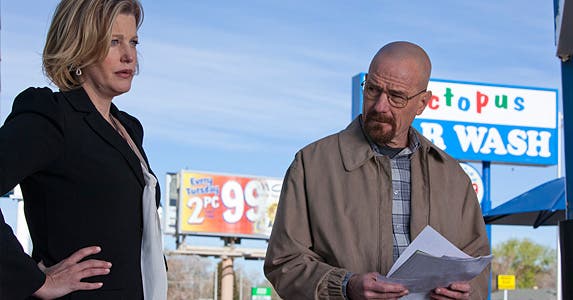 In season 3, Walt finally admits to Skyler that he’s a meth manufacturer. (That’s after she threatens divorce and presses him to find out how he’s paying his medical bills.)

Later on, after Walt’s shifty attorney, Saul Goodman (Bob Odenkirk), suggests a way to launder the drug proceeds, Skyler pushes to buy the A1A Car Wash, where Walt used to work. (And where the motto is, “Have an A1 day!”) Later, Walt suggests that they buy more car washes to launder more money.

Good ideas? Of course not.

Former federal prosecutor Peter Henning, a law professor at Wayne State University in Detroit, who has followed white-collar crime for The New York Times, says if you come into a large amount of money — legally, of course — the smartest thing is to invest it for the long term.

Find someone trustworthy who won’t suck up to you or allow you to make bad financial choices. Get your money somewhere safe, such as a large brokerage firm, and come up with a diversified portfolio, Henning says.

“Don’t do anything quickly. You don’t need to take it to Vegas and double it,” he says. 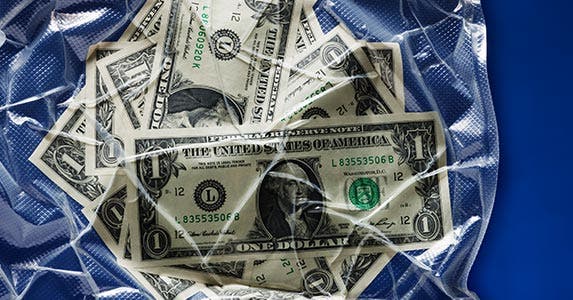 Skyler and Jesse are careless with cash

The Whites find themselves with loads of cash hoarded from Walt’s successful meth operation. So Skyler turns to storing millions of bills in heavy, vacuum-sealed plastic bags in a crawl space underneath the family’s modest home.

It’s a new spin on hiding cash under the mattress. Some people who come by their money legitimately prefer to keep it around the house, but that’s never a good idea.

“The risk is that if you put money in a crawl space, the house can burn down,” says Henning. Insurance won’t help in such cases, though money in the bank is insured up to a quarter of a million dollars.

Some liquidity is important for opportunities and emergencies that may come along, says Perkins. Beyond that, real estate, stocks, short-term bonds and precious metals will provide better returns for accumulated savings than hiding places around your home.

You might also treat yourself. “A vacation or cultural experience stays in the way of memories and is a more long-lasting expenditure,” notes Carrie Lane, a professor of American studies at California State University, Fullerton.

And if you want to donate your money, there are better ways than Jesse’s method during the show’s final season: throwing cash out his car window. 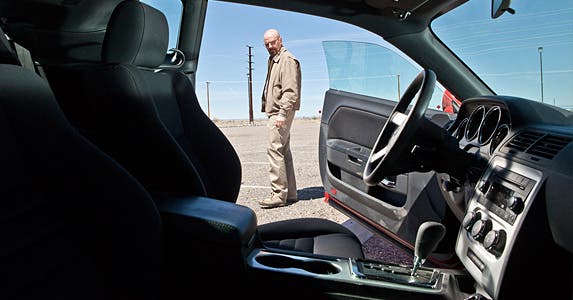 Walt gets a killer sports car for his son

Walter Jr. (RJ Mitte) is completely gleeful in season 4 when Walt brazenly buys the new, tomato-red Dodge Challenger his son wants for his 16th birthday instead of going to a used-car dealership.

But the flashy car, bought with drug money, is another one of Walt’s bad financial choices. It sticks out in his sedate middle-class neighborhood like red paint on the sidewalk screaming, “INVESTIGATE ME!” Skyler begs Walt to return the expensive muscle car to the dealership. Walt races it around an empty parking lot, skidding all over the place, and eventually blows up the vehicle and calls for a taxi.

Later, in season 5, Walt Jr. finally gets his Challenger when his father leases new cars for the 2 of them.

What should a parent do instead?

“Teach values. That’s part of getting yourself used to being wealthy. You can buy a nice car — but not a tricked-out car,” says Henning. “Parents should do that regardless: Teach values. You have an opportunity to teach and to take care of your kids.”

Perkins says instead of a pricey sports car, consider a cheaper alternative for a road-ready teen.

“Buy an efficient hybrid,” is his advice. 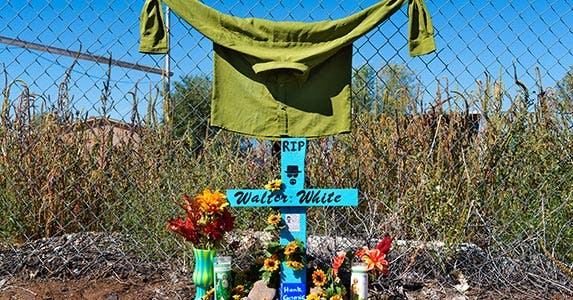 Deadly calm Gus Fring (Giancarlo Esposito) has a good cover as the owner of a fried chicken fast-food joint. He’s a drug lord, bankrolling Walt and Jesse at an industrial superlab to churn out their high-end meth in seasons 3 and 4. He’s at odds with the drug cartel in Mexico, and he brutally kills an associate in front of Walt and Jesse.

Not the best business partner. How do you pick a better one?

“One of the best pieces of advice I received in grad school is, ‘Who would you want to see at the mailbox every morning?'” says Lane, the author of “A Company of One: Insecurity, Independence, and the New World of White-Collar Unemployment.”

“Bryan Cranston’s character doesn’t respect Gus,” Lane adds. “You have to respect the other person (and make sure) they bring something to the table as valuable as what you bring.”

George Abe, faculty director of strategic research at UCLA’s Anderson School of Management, suggests having a frank talk with a would-be partner about objectives before drafting a contract.

“With these talks, you (have to) have knowledge, experience or luck to ask the right questions,” says Abe, a former Cisco Systems executive. 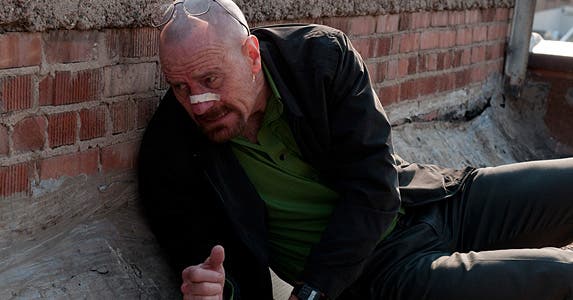 Walt blasts his way out of partnerships

Walt dramatically finishes his business partnership with Gus by blowing him up. When Skyler later asks what happened, Walt simply answers, “I won.”

In season 5, he partners with Gus’ former henchman Mike, but Walt ends up shooting Mike to death in a confrontation.

Instead of bombing, shooting, strangling or poisoning associates, how should a person end an acrimonious financial relationship?

“You should have a frank discussion about the facts,” says Abe. “The two parties, without lawyers, coming to a business decision: ‘I will buy you out, or you will buy me out, and I will transfer these assets.’ And then you bring in a lawyer.”

That keeps either party from initially looking for a way out through contract loopholes.

Outside the world of “Breaking Bad” and its bad financial choices, it goes without saying: “Blowing up your partner should not be an option,” says Henning.