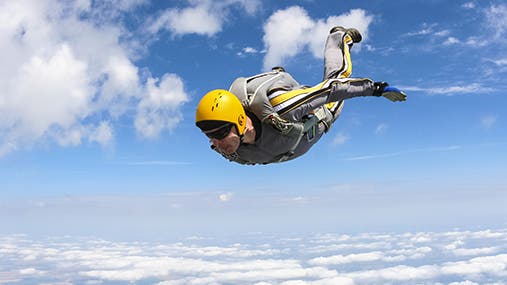 Where have all the life insurance exclusions gone?

Not so long ago, it was commonplace for a life insurance policy to exclude coverage for such risks as acts of war, military service, aviation, dangerous pastimes such as scuba diving and mountain climbing, and even public health perils such as HIV. If your death was caused by an excluded act, the insurer was under no obligation to pay your beneficiaries.

But the industry trend away from outright exclusion has given consumers new options and more confidence the premiums they pay today won’t be in vain.

“We’re in the business of insuring people, not rejecting them,” says Chris Graham, chief life insurance underwriter for The Hartford. “The fewer exclusions that you can have in a policy, the better off you are from a consumer’s standpoint.”

Graham explains there are two types of exclusions. There’s an outright exclusion written into the life insurance policy that applies to everyone, and there’s an exclusion option underwriters can use at their discretion if they don’t like the risk or lack the data history to price it appropriately.

“We have that available, but it is not very common for us to use it because people don’t like life insurance where some events are excluded,” Graham says. “Today, you’re more likely to pay what is called a flat extra, an added dollar amount per thousand of coverage, for the risky activity.”

One exclusion that won’t go away

“Depending on the state, it will be either a one-year or two-year suicide clause. If you commit suicide within the first year or two years of the contract, the beneficiary would receive the premiums back but not the death benefit,” he says.

Unlike property and casualty insurance, life insurance has no standard form, so policy terms, prices and exclusions vary widely by company. What standards do exist have usually been imposed by state regulators, and thus vary state to state.

“Pricewise, life insurance changed in 2000, the reason being that people live longer. Now, when we rate somebody, it’s out to age 120, where it used to be to age 100,” he says. “After 2000, life insurance became less expensive than it was before.”

The definition of risky behavior also has changed. Aviation, for example, was once a common exclusion that is now traditionally priced by most insurers.

Exclusions for acts of war and serving in the military began to disappear following the Vietnam War. “You might still find them in a contract today, but it would definitely be the minority,” Miles says.

Graham maintains that’s a reflection of the changing nature of war and our support for service members today.

“You don’t have the catastrophic risks you had in the first or second world war,” he says. “And the military is viewed differently today. I think there is a sense of patriotism in some of that thinking.”

Likewise, dangerous pastimes tend to be priced today rather than excluded, according to Hester. “It depends on how much you do,” he says. “If you’re just doing it once a month or something, it’s underwritten individually.”

But Graham says that could hinge on the state where you live. “Not all states allow you to use exclusion riders for avocations,” he says. “Aviation (exclusion) is generally allowed in all states, but avocations like mountain climbing or scuba diving are treated differently.”

Exclusion for HIV is extinct

The HIV exclusion, once commonplace, is virtually extinct today.

“In the early 1980s, it was viewed as a pandemic and there was just no way to stop it,” says Miles. “Today, HIV status would be looked at like other chronic illnesses a person might have. They might pay more for their life insurance, but they wouldn’t be totally excluded from getting coverage.”

Just as insurers once felt obligated to exclude these risks from their insured pool, Miles says new risks may prompt new exclusions in the future, whether for potential epidemics such as severe acute respiratory syndrome, or SARS, and bird flu or risky new ventures such as commercial space flight.

“Part of it is just the unknown: We don’t really have enough data to really quantify the risk and therefore the cost of that,” he says. “An insurance company would say, ‘We don’t know enough. That seems like a risky activity just on the face of it, so the right thing to do is not to cover it until we get enough data and a comfort level with it to think about what the premium should be.'”

Bottom line: Fewer exclusions make it easier to purchase a life insurance policy, but watch out for the flat extras if you have dangerous pastimes.