Our home equity reporters and editors focus on the points consumers care about most — the latest rates, the best lenders, different types of home equity options and more — so you can feel confident when you make decisions as a borrower or homeowner.

The average rate on home equity lines of credit (HELOCs) inched up to 7.74 percent from 7.65 percent last week, according to Bankrate’s national survey of large lenders.

After a steep run-up for most of 2022, HELOC rates have stabilized — for now. Rates remain well above their 2021 lows, however. The Federal Reserve has been moving aggressively to control inflation. Last December’s rate hike of half a percentage point and the Feb. 1 increase of a quarter point have created upward pressure on rates.

“As long as the Fed is active, HELOC rates are going to continue to march higher,” says Greg McBride, Bankrate’s chief financial analyst. “The important point for homeowners who have a home equity line is that if the Fed raises interest rates another percentage point, your home equity line is going to go up another point.”

One caveat: HELOC rates can change from week to week not because of changes to the overall rate environment, but because one or more lenders markets an especially generous rate.

A year ago, the average rate on a HELOC was 4.11 percent. The HELOC average for this week is 3.8 percentage points higher than the 52-week low of 3.94 percent. As for home equity loans:

How HELOC rates are determined

HELOCs typically have variable rates, although some lenders offer fixed-rate HELOCs. The variable interest rate on your loan is partly determined by publicly available metrics such as the prime rate. The prime rate is set by collective financial institutions and is influenced by fluctuations in the federal funds rate, the rate that banks charge other banks for short-term loans.

Bankrate.com surveys large lenders weekly. To conduct the National Average survey, Bankrate obtains rate information from the 10 largest banks and thrifts in 10 large U.S. markets. In the Bankrate.com national survey, our Market Analysis team gathers rates and/or yields on banking deposits, loans and mortgages. We’ve conducted this survey in the same manner for more than 30 years, and because it’s consistently done the way it is, it gives an accurate national apples-to-apples comparison. 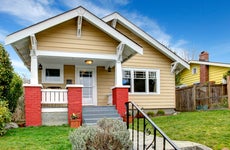 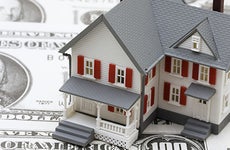