Use your smartphone for DIY home security and save cash 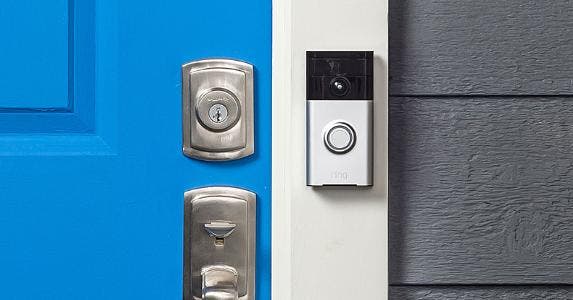 Wouldn’t it be great if you could see who’s knocking at your door during dinner without getting up from the table? Or answer the door even when you aren’t home, making it seem like you’re really there and deterring a potential intruder?

With your smartphone, a free app and some inexpensive hardware that you can install yourself, this is possible.

There are numerous home-monitoring and security systems on the market with a wide variety of features and price points.

The new systems have features that are smart, intuitive, easily programmable and provide multiple layers of protection over older technologies, says Robert Siciliano, a Boston-based security expert with BestIDTheftCompanys.com.

Here’s a look at 4 inexpensive, simple, do-it-yourself systems that work with your smartphone.

Unlike traditional security systems, there’s no installation fee or monthly contract with these options, whereas ADT service starts at $36.99 a month. You also don’t have to let a stranger into your house or schedule an appointment to set everything up. Ongoing costs, such as storing security footage to the cloud, are optional and cheap for each system except SkyBell, which doesn’t offer it.

“The DIYs are great for people who move a lot or are on a much smaller budget and don’t want the expense of monitoring,” Siciliano says.

They’re all designed for quick and easy DIY setup. Before you buy any system, though, you should download its app to your phone to check for compatibility issues. If it works, once you buy the hardware, the app will guide you through installing the device and setting up smartphone monitoring. Short videos and written instructions are available to show you the process.

SkyBell has the most complicated installation because it has to be hardwired and you need to check your doorbell wiring’s voltage first. Ring can replace your hardwired doorbell, too, but it can also operate by an internal battery that you charge via USB. Both require you to drill holes in your house to attach a mounting plate; the doorbells then slide onto the plates and get secured with proprietary screws.

Setting up Canary and Arlo involves syncing the devices to either a base unit or your wireless router and deciding where to place the cameras.

Each system records only when it detects motion and lets you adjust its motion sensitivity to minimize false alerts.

Being able to monitor 1 or more aspects of your home on your smartphone and even communicate with someone at your front door when you aren’t home has many potential benefits.

All of these systems have night vision, so you can see what’s going on after dark.

Systems that are hardwired will fail if the power goes out; systems with batteries will fail if the battery dies, though you should get notification when battery power is low. The systems also won’t work if your Wi-Fi goes down.

None of these systems does everything you’d need it to for comprehensive home security, and there’s no connection between these systems and the local police department.

“An alarm panel will have home phone lines and a cell backup,” says Samantha Boles, president and chief operating officer of Automated Security IS, a security company headquartered in Houston.

Boles is a fan of Canary, which she uses herself. She suggests using a DIY system to save money on cameras and smartphone monitoring in conjunction with a professional, remotely monitored alarm system in case of a life-threatening situation.

Some users of DIY systems, however, report poor video quality, lighting problems, and long lag times between motion detection and push notifications. And each is easy to steal or disable, though being recorded in the process may act as a deterrent.

Ring’s camera is activated only when the doorbell is pushed or when motion is detected, so there is no permanent live video feed. Arlo has no microphone or speaker, so you can’t communicate with anyone or record sound. Canary has a microphone to record sound, but no 2-way audio.

SkyBell can be placed in only 1 spot, where your existing doorbell is, which might not be the best place for a video camera despite the wide-angle lens.

Being relatively new also puts these systems at a disadvantage.

“Professionally installed alarm systems generally use products that are made by manufacturers with a long history in the security industry,” says Neal Scott, a marketing consultant for Frackville, Pennsylvania-based DM2 Security. “Devices they offer have been thoroughly tested and used by tens or hundreds of thousands of applications over many, many years. When it comes to alarm reliability, experience is critical.”